This is how to inquire into child abuse

Northern Ireland shows us the right way to address past crimes. 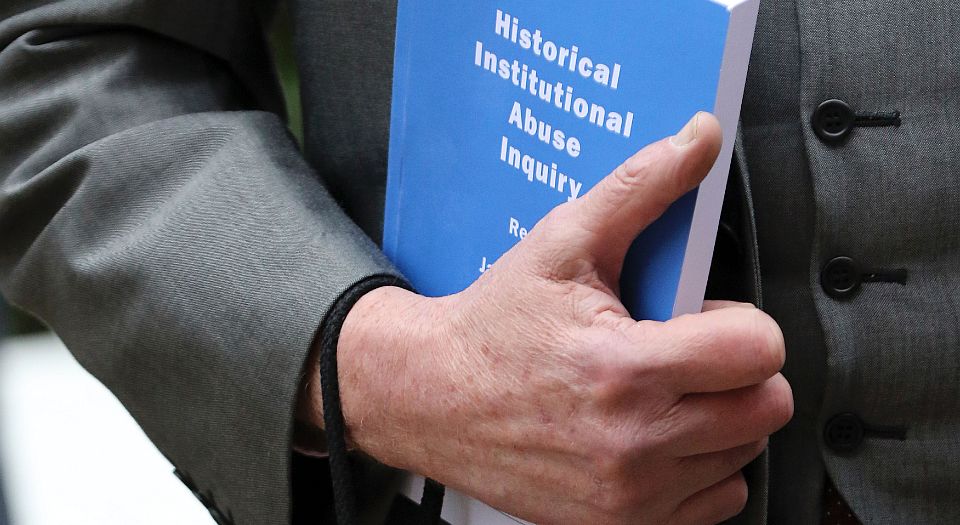 On 20 January this year, Northern Ireland’s Historical Institutional Abuse Inquiry (HIA) published its report into institutional abuse at a number of children’s care homes and juvenile justice centres, some run by religious orders, and failings by state departments responsible for home affairs and social services. This was a statutory inquiry chaired by a retired judge, Sir Anthony Hart. The inquiry was set up in 2012 by the Northern Irish Assembly, and commenced work in 2013. Its estimated cost is £13.2million. Of 526 who applied for their complaints of abuse to be considered, the inquiry accepted 493 as within its remit. The complainants were aged 55 and over; 10 per cent were aged over 75.

In marked contrast to England and Wales’ dysfunctional and unproductive Independent Inquiry into Child Sexual Abuse (IICSA), the HIA’s performance has been efficient and focused. It examined 15 homes or other training schools or borstals, in a series of modules. It decided which homes to investigate based on the number of complaints it received, their nature, and the type of institution. It heard evidence both from former residents and from representatives of the orders, the church, civil servants and others. Its report is exemplary: careful, rigorous and balanced.

There is no doubt that children’s care homes in Northern Ireland, which used to be run by religious orders, had been woefully understaffed and under-resourced. In 1953, an inspector wrote to the Northern Ireland Ministry of Home Affairs about four homes run by the Sisters of Nazareth in Derry and Belfast: ‘I find these homes desperately depressing….’ By 1954, things had got worse:

‘The babies’ hands were blue with cold and felt icy to touch…. The schoolchildren are now the worst off and Rev Mother agrees that they are not getting any sort of chance in life and cannot make proper development, especially those who have known nothing but this institutional care from babyhood…. What is needed here is really fundamental reorganisation so that these little creatures can have some individual loving care instead of being dragooned. Rev Mother recognises this and even went so far as to say that children playing in the gutters of the slums were better off, if they had a father and mother to care for them, however poorly.’

The ministry did not respond to this stark warning. Such official indifference did not bode well for future decades.

The HIA’s evaluation of its brief is all the more impressive, given its timeframe, which ran from 1922 (when the Irish Free State formed) until 1995. Its remit was to examine ‘if there were systemic failings by institutions or the state in their duties towards those children in their care’. It held 223 days of hearings at Banbridge Courthouse, almost all of which were held in public. In parallel, there was an Acknowledgement Forum, where victim-survivors could recount their experiences confidentially to a panel. This forum, which heard from 428 applicants, included those falling outside the 1995 cut-off point for the inquiry.

As the inquiry was not a court, this meant that it could not determine any civil or criminal liability against any person or body. Instead, it operated an inquisitorial approach, with counsel to the inquiry taking witnesses through their evidence. This allowed for probing questions, but without the adversarial cross-examination used in court: ‘Inquiry Counsel and the Inquiry legal team went to great lengths to ensure that all relevant material was drawn to the attention of the Inquiry Panel and put to each witness. That was the case whether the material was supportive of, or undermined to some degree, the account given by the witness…’

Not everyone was happy about that: ‘Some applicants found it very difficult to accept that this process necessarily involved the views of institutions or individuals being put to them and their then being asked to comment upon whatever contrary view was being put forward.’

The passage of time created especial difficulties. As the report notes, most witnesses were being asked to recall events between 30 and 60 years ago, and some events more than 70 years ago. Some of those against whom allegations were made were dead; others were too physically or mentally infirm to give evidence. The inquiry was dependent to a significant extent on the collection of documents and records, where these could be found. Such documentary evidence often threw light on the recollections of those giving evidence.

The inquiry accepted that the passage of time might render recollections inaccurate, and that recollections may be coloured to a greater or lesser degree by discussions with others, or by accounts that the individual has been made aware of in later years. ‘We appreciate that some evidence will have been affected by exaggeration or false memories…’

Two particular scandals formed part of the inquiry’s investigation. One concerned the notorious paedophile priest Fr Brendan Smyth, who in 1994 was finally convicted of sex offences against children. The Norbertine Order was criticised for its failures to stop Smyth’s offending. Another concerned a small boys’ home named Kincora, three of whose staff were convicted of sexual offences against boys there, back in 1980. For decades, lurid conspiracy theories have flourished that Kincora was a gay brothel, protected by the security services, where VIPs went to abuse children.

The report pulls no punches in its findings, finding serious instances of abuse and serious systemic failings in those it investigated. But it debunked once and for all the mythmaking around Kincora, saying that there was no credible evidence to support this. It found that 38 out of 309 boys had been abused there, though most residents were wholly unaware of this. ‘We are satisfied that Kincora was not a homosexual brothel, nor used by any of the security agencies as a “honey pot” to entrap, blackmail or otherwise exploit homosexuals.’

However, despite the gravity of its findings overall, the report was not all negative. It accepted that, because it focused on complaints from those who said they had suffered abuse, this inevitably meant that the picture it got was not a complete one. It went on:

‘Although we found evidence of systemic failings in every decade of our remit, it was the case that in some homes improved staffing levels, better qualified staff, smaller group living and more external governance of homes led to enormous improvements in the care children received. It is also important to acknowledge that throughout the decades some staff provided good care and warmth to children and were genuinely concerned to help them grow and develop and often worked unstintingly with little support to do so.’

How has the HIA succeeded, when to date the IICSA has failed? First, it was dealing with a far smaller and more homogenous population, in a much smaller geographical region with its own distinct history. Second, it limited its investigation to a limited number of care homes and juvenile justice centres, which made its inquiry manageable. Third, it had continuity of key personnel, including its judicial chairman.

Finally, unlike the IICSA from its inception (and even before), it appears not to have been riven from within and attacked from without, by rival factions of survivor-campaigners pursuing certain agendas. Unhappily, it seems that the IICSA, with its hopelessly over-broad terms of reference, and its toxic legacy of survivor-infighting, will never be able to match the HIA’s success. That will disappoint institutional abuse victims in England and Wales, who surely are entitled to expect as good a service from the IICSA as the HIA.