Blocking Brexit could spell the end for Labour

Labour MPs’ revolt against Brexit highlights their disdain for the demos. 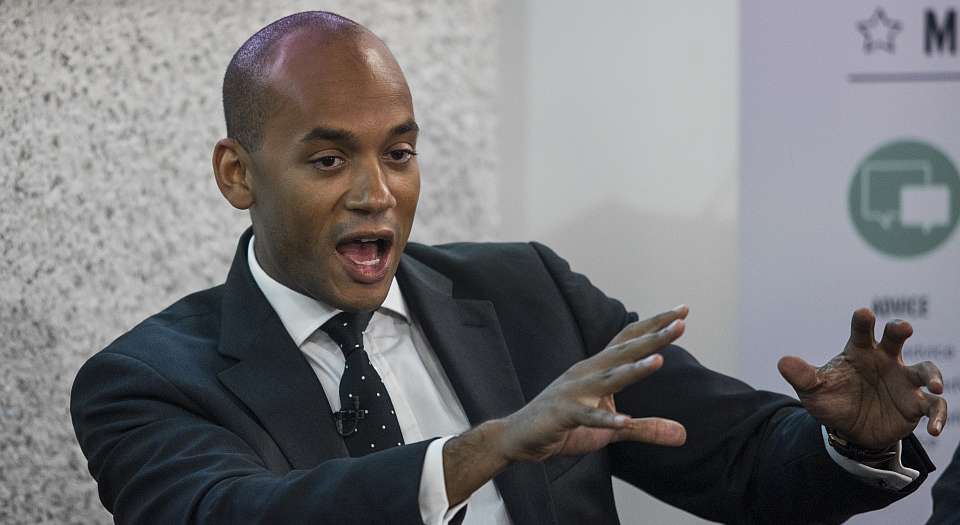 As soon as David Cameron announced that a referendum on the UK’s membership of the European Union would take place, the Labour Party started its slow descent into the history books. By positioning itself against the very people it claimed to represent, it has further alienated its voters.

But while Jeremy Corbyn’s unconvincing call for a Remain vote angered Remain and Leave voters alike, it has been Labour’s post-Brexit attitude that has caused most damage. The continual calls from Labour grandees for the party to thwart the Brexit vote have only further isolated the party from the Brexit-voting sections of its base. Labour’s Brexit-thwarter-in-chief Chuka Umunna has made Labour’s loathing of those who voted Leave crystal clear by continually suggesting that nasty Brexiteers have caused hate levels to spike since 23 June.

In recent weeks, Labour has become full of anti-Brexit plotters. Following the Supreme Court’s ruling that parliament must vote on the invocation of Article 50, 19 Labour MPs have stated that they will vote against it. And more have hinted that they will join them. Former shadow health secretary Heidi Alexander has even claimed she is planning a motion to throw out the government’s bill altogether.

Alexander’s plan doesn’t simply amount to a wail about how the referendum vote didn’t go her way; it’s a clear attempt to undermine the largest democratic mandate in British political history. Where once the Labour claimed to represent the people, its senior politicians now view us with contempt. The words ‘the strength of our common endeavour’ are printed on the reverse side of Labour Party membership cards. But it is apparently willing to make an exception for the Brexit vote.

Even Alexander seems to recognise her anti-democratic intent. ‘I might be accused of being a democracy denier’, she said.

While Alexander makes her contempt for democracy explicit, her fellow anti-Brexit plotters insist on making excuses for their actions. Perennial Brexit-basher David Lammy explained that he would vote against Article 50 to righteously stand up for the people who ‘wish they hadn’t voted to Leave’. Lammy is apparently unaware of the numerous polls debunking the myth of the Regrexiter. Earlier this month, a YouGov poll even concluded that more people want a Hard Brexit (aka Brexit) than its watered-down counterpart.

Jo Stevens, Labour’s former shadow secretary for Wales (which, incidentally, voted to Leave), wrote an impassioned article for the Guardian explaining that she will be voting against Article 50 ‘to protect Labour values’. Who knew ‘Labour values’ included disrespecting the very people the party claims to represent?

Other Labour MPs, led by Umunna, have stated that while they will vote for Article 50, they will seek to derail Brexit by voting against the final Brexit bill. In this respect, Labour has gotten into bed with our very own unelected and unaccountable body, the House of Lords – some members of which have been plotting against Brexit since the beginning.

One doesn’t need a crystal ball to see that this endless demos-bashing could spell the end for the Labour Party. Take the upcoming Stoke Central by-election. Despite polling from Labour Leave suggesting UKIP had a 10-point lead, Labour chose as its candidate Gareth Snell, a sneering Remainer – apparently ignoring the fact that the city of Stoke-on-Trent had the highest Leave vote in the country, at 69.4 per cent.

Deputy leader Tom Watson’s suggestion that those shadow cabinet ministers who choose to resign rather than vote for Article 50 will be promptly reinstated demonstrates just how much Labour underestimates the conviction of Leave voters. In Watson’s eyes, voting to thwart a democratic mandate, and thus breaking with the leadership’s official position, is a tiny misdemeanour worthy only of a slap on the wrist.

Labour’s decision to campaign for Remain revealed that it puts more faith in unaccountable bureaucrats than ordinary people. But its subsequent disdain towards those who voted Leave is even more revealing. It shows just how little the party cares for those it half-heartedly claims to represent. Now polling at just 24 per cent, Labour has completely alienated its traditional voting base. Where once Labour claimed to be a stronghold of the working class, it has now morphed into a hotbed of anti-democrats.