The rise and fall of Mike Baird 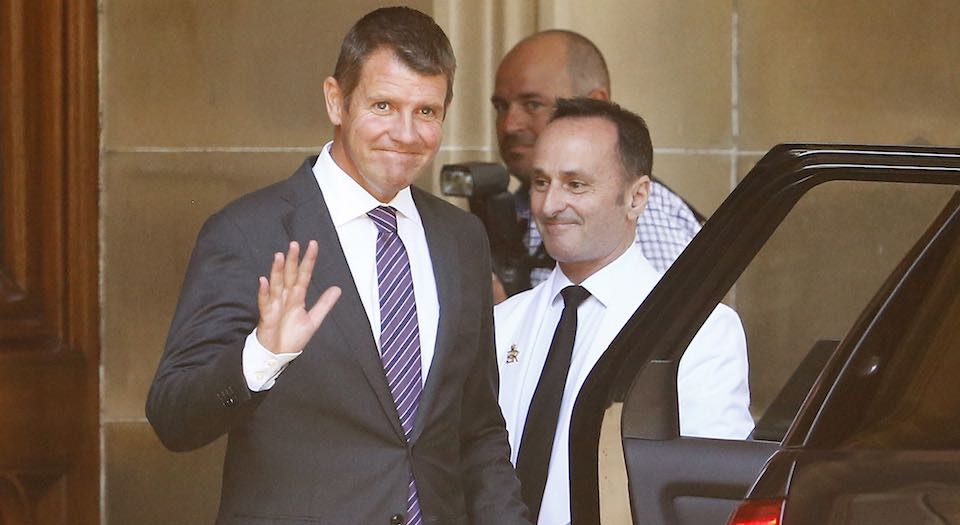 Australia has lost one of its most paternalistic politicians, with New South Wales (NSW) Liberal Party premier Mike Baird announcing his retirement on Thursday. Baird cited family reasons for his decision — his father, former MP Bruce Baird, has recently had heart surgery, and his sister, the journalist Julia Baird, is currently undergoing cancer treatment.

Baird’s shock departure mirrors his rapid rise in NSW politics. Just four years after being elected as an MP in 2007, Baird became the state’s treasurer. He then became premier in April 2014, after an alarmingly trivial corruption scandal forced his predecessor to resign (premier Barry O’Farrell had mistakenly lied about receiving a bottle of wine as a gift). Baird’s charisma and down-to-earth demeanour made him popular among the electorate, so much so that his government’s re-election campaign in 2015 used the slogan ‘Back Baird’ (unusually presidential by the standards of Australian state politics).

But his popularity wasn’t to last. His highly paternalistic leadership style quickly proved divisive. Now, after less than three years as premier, he leaves with a mixed legacy, at best.

On the one hand, Baird’s government finally began infrastructure projects that previous governments continually announced, but failed to deliver. He also leaves his state in a strong economic position, with the stockbroking firm CommSec’s State of the States report rating NSW as Australia’s best-performing economy last October. The state is also debt-free for the first time in 20 years.

But for many, Baird will be remembered for putting the final nail in the coffin of Sydney’s reputation as a global city.

With a set of anti-drinking policies — first implemented when Baird was treasurer, but championed throughout his time in government — Baird effectively killed Sydney’s nightlife, turning the picturesque city into an international laughing stock.

The central plank of this was a 1.30am ‘lockout’ — banning anyone entering a licensed venue in the designated ‘Sydney CBD entertainment precinct’ after hours (conveniently exempting Sydney’s Star City casino) — as well as a mandatory 3am closure of all licensed venues in the area. The law also placed a statewide ban on takeaway alcohol sales after 10pm, meaning adults couldn’t even buy a bottle of wine to drink in the privacy of their own home.

The laws were slightly relaxed last December, with takeaway sales being extended to 11pm and small extensions of lockout and closing times being possible on a case-by-case basis. But after two years, the damage to the city’s nightlife had already been done.

Foot traffic in the Kings Cross entertainment area reportedly declined by 82 per cent between 2012 and 2015. This lead to widespread closures of bars and clubs, turning Sydney’s most well-known nightlife area into a virtual ghost town. (For an in-depth look at the death of Kings Cross, read Matt Barrie’s excellent essay from February 2015).

Baird championed the laws for successfully reducing alcohol-fuelled violence (a claim that was highly disputed). But it came at the cost of Sydney’s reputation as a global city. After all, which other globally renowned city closes down shortly after midnight? That certainly can’t be said of London, New York or Hong Kong. It can’t even be said of Melbourne.

The ban was eventually reversed after some prominent resignations, a major drop in the government’s poll ratings, and the threat of a major backlash in government-held constituencies. But along with the lockout laws, it highlights the inherent hubris of Baird’s leadership style.

When announcing his retirement, Baird said he was ‘frustrated by lack of action’ when he entered politics, and was motivated to ‘get things done’. This approach produced some significant positives — like the government’s economic record. But when combined with an apparent moral certitude, it led to a highly paternalistic style of leadership that treated the voters of New South Wales as fragile children, incapable of making decisions without government regulations to guide them.