What’s scarier than Trump? The elite revolt against him

Commentators, celebs, the CIA – all are in open revolt against democracy. 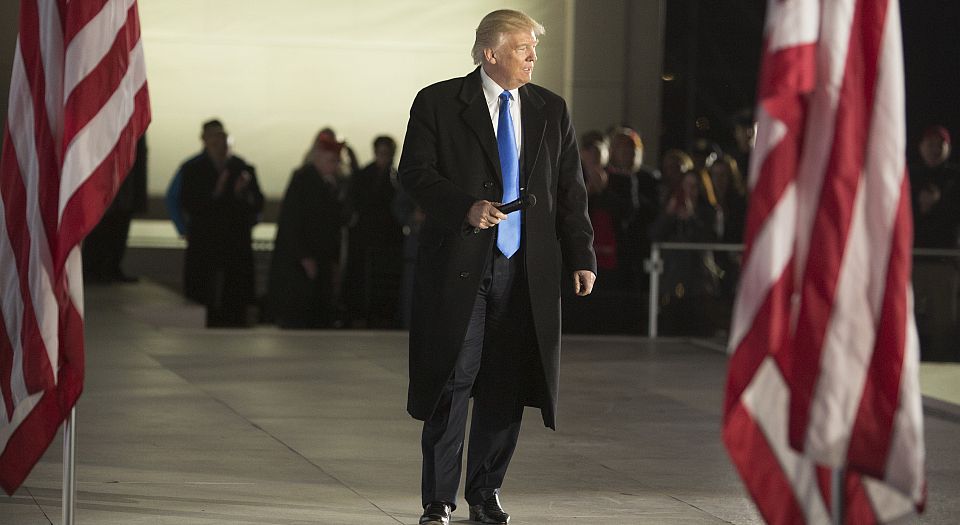 So today’s the day. Any minute now Donald J Trump will be sworn in as the 45th president of the United States of America. Hair Force One is about to land. And it will be a historic moment. Not because Trump is the saviour of the ‘forgotten’ men and women of America, as he put it outside the Lincoln Memorial last night. Nor because he’s some sort of white-supremacist counter-revolutionary about to awake an army of goose-stepping pussy grabbers, as his more vociferous critics would have it. But because, in plumping for Trump, the electorate dealt a blow to technocracy, to a narrow, elitist status quo, to a caste of people who openly revile them, and who are now in open revolt against them.

The word ‘unprecedented’ is chucked around a lot in relation to Trump. And indeed he is. Not only has he crashed like a tangerine wrecking-ball through the modern political consensus, he’s potentially the first president-elect to be sworn in while the question of whether he wanted to be president is still an open one. In spite of his colossal ego, its likely he never thought he would win; many still think this was a publicity stunt for Trump TV gone horribly, horribly wrong. That’s why there’s a postmodern feel to it, an air of unreality. While Obama cultivated his coastal luvvie persona, appearing like a Daily Show pundit turned president, Trump is more of a Kardashian. And his 3am tweets now break the internet on a daily basis.

But what’s also ‘unprecedented’, and far more destructive, is the reaction to him. Ever since Trump arrived on the political scene commentators have chided him for breaking ‘democratic norms’ – from his spreading of ‘birther’ conspiracy theories about Obama to his threat to lock up Hillary. But the American elite, in a post-vote fit of pique, has decided to break the biggest democratic norm of them all: respecting the result of a freely held election. Because there’s another word that has been flung at Trump in the days approaching his inauguration: ‘illegitimate’. And this isn’t just being uttered by trustifarian protesters, due to descend on Washington en masse in a tantrum-like demo against democracy. It’s being uttered by broadsheet commentators and respected political leaders.

Dozens of congressmen are due to boycott the inauguration, following the lead of civil-rights leader John Lewis, who told CNN last week that ‘I do not see this president-elect as a legitimate president’. He said ‘the Russians participated in helping this man get elected, and they helped destroy the candidacy of Hillary Clinton’. But this is only a convenient excuse. The allegations about Trump being in league with or in hock to Russia amount to a whisper campaign. The infamous dossier which alleged collusion between Russia and Trump, and the existence of a certain, urine-drenched video tape, is completely unsubstantiated, a collection of memos about things that ex-MI6 man Christopher Steele – collecting ‘oppo research’ for Trump’s Republican and Democratic opponents – was told by unnamed sources in the FSB.

And every step of the way, the campaign against Trump has been aided by the US intelligence agencies. The CIA is currently in open warfare with him. Whether or not the CIA leaked the dossier to the press – as Trump claims – we may never know. But it both lent credence to these claims and triggered their publication when the CIA and FBI decided to brief President Obama, Trump and certain members of Congress on the claims. The dossier had been lying in journalists’ in-trays for months, as they all struggled to corroborate it. Though Buzzfeed was wrong to print what remained little more than intelligence-community rumours, it was effectively given an excuse to do so when news of the briefings broke; a semi-public-interest defence could now be cobbled together.

The liberal-left and Republican Never Trumpers are effectively siding with the CIA against a democratically elected president. Their fury is startling. ‘Saying that the election was tainted isn’t a smear or a wild conspiracy theory; it’s simply the truth’, writes Paul Krugman in the New York Times, declaring Trump ‘illegitimate’ in a self-touting ‘act of patriotism’. Fellow columnist Charles Blow dialled up the literary drama, telling Trump ‘You will wear that scarlet “I” on your tan chest for as long as you sit in the White House’. (Apparently, in this version of Hawthorne’s classic tale, Trump is the wayward woman and the media are the moralising Puritans.) What we’re seeing here is an alliance between anti-democrats and sections of the secret state. And some on the hill are already talking up impeachment.

There are plenty of reasons to criticise Trump. He’s an authoritarian and a charlatan. The fact that we’ve ended up with this accidental president shows the depth of anti-elite feeling in the US, and the lack of viable alternatives. But the anti-Trump plotting is not about principled disagreement, let alone concern about Russian meddling: the US elites screech when Trump talks about deporting two million migrants, but looked the other way when Obama deported two-and-a-half million; they talked non-stop of Trump’s gropey exploits, but cried foul when he threw the Clintons’ dirty laundry back at them. Having been unseated by the fly-over rubes they’d long ruled in spite of, they are in a fight for their own survival. And they’re willing to fight dirty.

In the congressmen boycotting the inauguration, in the celebrities railing against Trump at award shows and on social media, you glimpse a group of people who act and think like an aristocracy. In rendering Trump illegitimate, they are really refusing to confer their legitimacy on him. Who do they think they are? In a democracy, it is the demos who confers legitimacy, who lends leaders their power. If there’s one positive thing about President Trump, it’s that his election has revealed just how detached, anti-democratic – how ‘illegitimate’ – the American elite is.