We need freedom, not human rights

There's nothing to fear from repealing the Human Rights Act. 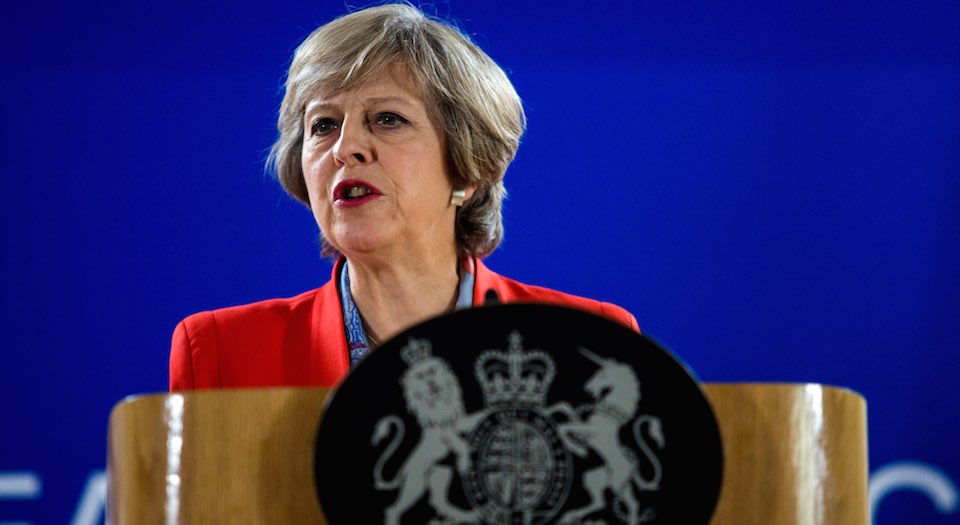 Between Christmas and New Year, the prime minister, Theresa May, announced that the Tories would fight the 2020 General Election on a pledge to repeal the Human Rights Act (HRA). She said she hoped to ‘lift and shift’ the rights bestowed by the European Convention on Human Rights, giving the Supreme Court the final say on how these rights are applied.

This isn’t the first time the Tories have made this pledge. In fact, it’s starting to feel like they would be unable to fight an election if they actually succeeded in repealing the HRA. The Tory Party first promised to repeal it in 2005, then again in 2010. This was later supplemented with a promise to replace it with a British Bill of Rights. In 2015, the Tories promised to repeal and replace the act within 100 days of winning a majority. Over a year later, nothing has happened.

At the time, almost everyone thought the 2015 pledge was laughable. Repealing the HRA raised constitutional questions that would be hard to resolve in six months, let alone 100 days. May’s critics were right to say that the Supreme Court does, in reality, have the final say over how these rights are applied. The act only obliges the court to take European decisions into account, rather than binding the court’s own decision. Nonetheless, following the Tory victory at the 2015 General Election, Michael Gove was appointed justice secretary with a mandate to repeal it. But after a disastrous appearance at a select committee in 2016, he appeared to put his plans off until later in the year.

Then came the Brexit vote. Gove was sent to the backbenches and replaced by a new justice secretary, Liz Truss. Few people thought Truss was up to the challenge of repealing the HRA, and, after another disastrous select committee appearance later in 2016, it appeared that the repeal plans would be put off yet again.

But while the Tories’ political cowardice is laughable, the reaction from the left has been bizarre. Many left-wing commentators seem to think that the HRA is the only thing standing between us and despotism. Martha Spurrier, director of human-rights campaign group Liberty, says defending the HRA is the ‘struggle of our generation’. Liberty’s website claims that repealing it would ‘weaken everyone’s rights – leaving politicians to decide when our fundamental freedoms should apply’. One commentator suggested that repealing it would leave UK citizens ‘deprived of rights or the means to enforce them before the courts’. Another said that it would mean the UK state could ‘pick and choose which rights it granted, much like Russia’. One piece even suggested that leaving the remit of the European Convention on Human Rights would lessen our influence over countries like Russia and Turkey. These critics truly believe that repealing the HRA would propel us into an age of despotism and international chaos.

This panic is misplaced. It is foolish to rely on the law to defend freedom, and the HRA has proved this. Since it passed in 1998, we have seen people prosecuted for simply saying what they believe, for using insulting words, and for glorifying organisations that the government thinks are dangerous. Just before the New Year, it became illegal to ‘invite support’ for the insignificant far-right group National Action, after it became a proscribed organisation under the Terrorism Act. Football fans in Scotland have been prosecuted for singing so-called sectarian songs. The UK prosecutes thousands of people every year under harassment legislation that criminalises causing ‘alarm and distress’ through speech. The HRA has done nothing to stop these attacks on free expression.

The HRA has also been ineffective at protecting other important rights. The Tory government’s Investigatory Powers Act, nicknamed the ‘snooper’s charter’, passed without any intervention from human-rights law, even though it bestows significant new powers on the government to access our personal data. So much for the HRA protecting privacy. And what about our immigration detention centres? Since 1971, UK immigration laws have allowed people to be detained indefinitely while the state makes a decision about their immigration status.

Perhaps the most cringeworthy contribution to the human-rights debate in recent days has come from Lord Falconer. Falconer was central to the New Labour government that introduced the act. In a piece for the Guardian, Falconer said that in politically uncertain times, it was vital to maintain our commitment to human rights as a part of the ‘fabric’ of British politics. This is the same Lord Falconer who, with New Labour, oversaw a sweeping erosion of key civil liberties. In 2001, New Labour introduced emergency powers to allow for indefinite detention, without charge, for terror suspects. New Labour went on to introduce the Regulation of Investigatory Powers Act, which granted the most sweeping surveillance powers to public bodies we have ever seen. It also repealed the double-jeopardy protection, which meant no person could be tried for the same crime twice. Human-rights advocates, take note: if you’re on the same side as Falconer, you’re probably doing something very wrong.

The HRA has shown us that no law can be relied upon to protect our freedom. If we believe in democracy, we have to recognise that freedom must be defended in the democratic arena. The kind of freedom we should strive for cannot be handed down from on high by a judge in the High Court or the European Court of Human Rights. It has to be won through the democratic process. The left’s panic at the prospect of repealing the HRA shows that it is no longer comfortable taking a fight for greater freedom to the public. But even proponents of the HRA must accept it offers a degraded model of human freedom, one closely managed by unelected and unaccountable members of the judiciary.

For true liberals, repealing the Human Rights Act is not an existential threat – it is an opportunity to fight for our most fundamental freedoms. I say, bring it on.