The year the law turned against the people

This year, judicial meddling in politics was out of control. 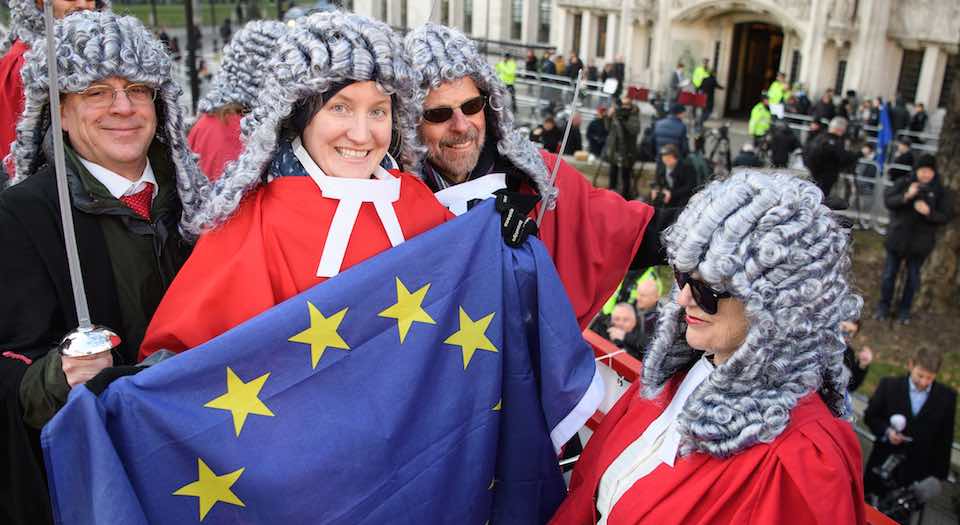 2016 was the year the law turned against the people. The litigation that followed the Brexit vote in June led to a popular feeling that the courts were being used to overturn a democratic vote. Law found itself at the centre of the political discussion around Brexit, and many lawyers stood accused of seeking to manipulate the democratic process.

The most prominent case was launched in the summer, almost immediately after the vote. The litigation followed an article written by three academics, which argued that Article 50 of the Lisbon Treaty, the mechanism through which a nation leaves the EU, had to be invoked through a parliamentary vote rather than with the Royal Prerogative. The argument was picked up by a group of wealthy claimants led by millionaire philanthropist Gina Miller. These claimants were later joined by a civilian claimant called Deir Dos Santos, who argued that the rights he enjoyed under European legislation could not be repealed through the Royal Prerogative. In November, the High Court found in favour of the claimants. The government appealed to the Supreme Court. We await the outcome of that case.

The Brexit litigation will serve as a reminder that the government was completely unprepared for a Leave vote. That the Tory Party had no sense of how lawfully to carry out the result of the referendum should be considered an historic embarrassment. The proper route for leaving the EU could have been established months before the referendum took place, with the advice of government lawyers. The government could have brought a test case to seek the judiciary’s view on the matter. But it didn’t, because it didn’t expect Leave to win, speaking to its disconnection from ordinary people. And as a result, various litigants were able to seize the issue after the referendum.

The fact that lawyers appeared to be challenging a democratic decision gave rise, inevitably, to attacks on the law. The Daily Mail ran a front page calling the Brexit High Court judges ‘Enemies of the people’. It later published a feature on the Supreme Court justices, pointing out their various connections to the EU. Nigel Farage encouraged his followers to march on the Supreme Court on the day of the judgement. Many chastised these criticisms as displays of populist fury against the judiciary, even as attempts to intimate the judiciary. Justice secretary Liz Truss came under fire for failing to defend the independence of the judiciary following the Daily Mail attack. But why shouldn’t people criticise judges, especially when they’re involved in major political matters?

However, the Brexit legal cases were not, in and of themselves, the problem. All the claimants of course have the right to ‘go to law’ with their questions. Some of them were important questions. But these cases must be understood in the context of the political vacuum, and the political hostility towards Brexit, which followed the vote. The reason lawyers and wealthy litigants were able to interfere in the Brexit process was because there was a complete lack of leadership from politicians; and they became even more emboldened as their cases went on because they were being cheered by the sections of the political and media classes that are opposed to Brexit and hope the law might strike down, or tame, the people’s alleged folly.

In 2017, we can only hope that our political leaders exercise their authority over the Brexit process in a firm, open and democratic way. The way we leave, and the terms on which we leave, are political questions. They should be answered by politicians, not lawyers. The fact that the courts have been so central to the debate around Brexit speaks to a vacuum in the political sphere. Brexit demands leadership. In 2017, let’s make our political representatives get a grip, and pressure them to act on our democratic choice before lawyers and others try to thwart it.