Say NO to the shackling of the press 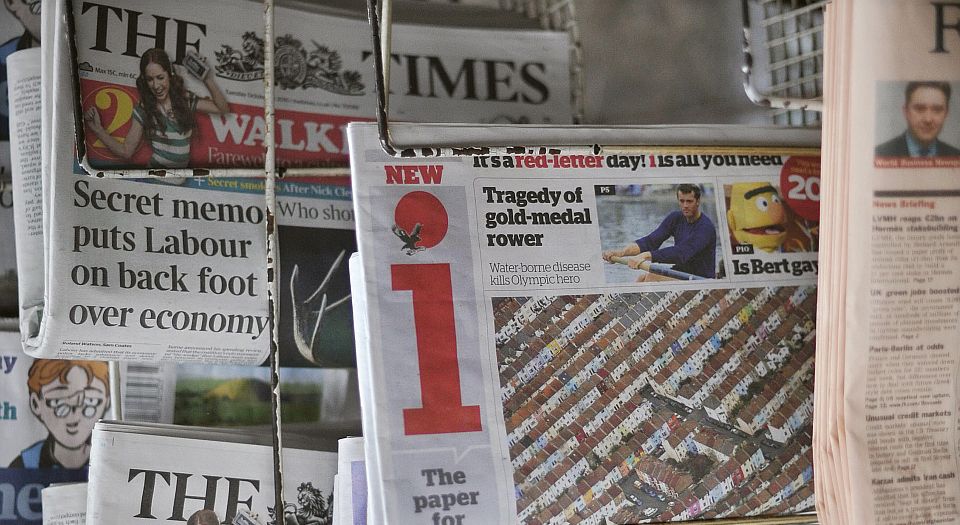 In 1787, Thomas Jefferson, US Founding Father and author of the Declaration of Independence, said that ‘were it left to me to decide whether we should have a government without newspapers or newspapers without a government, I should not hesitate a moment to prefer the latter’. That’s how profound and serious and deeply democratic press freedom was considered. Writing from a France on the verge of revolution, he noted that an informed citizenry, and a voracious press, was the best guard against tyranny, the most clear, tangible manifestation of citizens’ right to speak and to debate freely and to hold their governments to account.

‘Newspapers without a government.’ How alien that feels today, not least here, back on the Old Continent. Because today, in the UK, our statesmen, our elite, not only loathe press freedom, the liberty that exists to keep them up at night – they also work to undermine it. The British press, which has been nominally free since the abolition of Crown licensing in the 17th century, now faces being strongarmed into state-backed regulation by means of a terrifying piece of legislation that could soon sail into UK law. This is serious; 350 years of liberty are on the line.

Following the Leveson Inquiry, kicked off by the phone-hacking scandal and cheered on by illiberal academics and tabloid-burned celeb philanderers, the government set up the Press Recognition Panel – by Royal Charter, no less – to license self-regulatory bodies. As of yet, the only body to submit itself and be approved is Impress. Funded, according to this Guardian report and many others, by Max Mosley, Impress is run by people who dream out loud about banning the Daily Mail. But here’s the problem: no one has signed up. Some have signed up to IPSO, the independent regulator set up after the Press Complaints Commission was wound down post-phone-hacking, but it refuses to seek official recognition. Other titles, like the Guardian and the Financial Times, remain entirely self-regulating.

But that could soon change. The 2013 Crime and Courts Act quietly passed Leveson’s recommendations into law. Except one, which has yet to be enforced. Section 40 aims to introduce ‘incentives’ for newspapers to sign up to statutory-approved bodies (which, at the moment, means Impress). Among them is the stipulation that newspapers that shun state-approved regulation would have to pay the costs of anyone who brought a civil suit against them, whether they won or lost. This is an ambulance-chasers’ charter, and a green light for anyone who is miffed at what hacks print about them to mount costly court cases, safe in the knowledge it won’t cost a penny. This isn’t an incentive, it’s blackmail.

Despite setting Leveson up, and vowing to introduce everything it suggested, David Cameron’s government got cold feet about Section 40. And May’s new culture secretary, Karen Bradley, ever eager to pass the buck, quietly put it, and the plan to launch Leveson Part 2, out to public consultation. Hacked Off, the anti-press-freedom lobby group, has rallied its supporters to write in through its website. Not that these loathers of the gutter press, and the gutter people they assume read it, are too pleased that people are having their say. ‘This consultation is no substitute for Leveson’, Hacked Off spits on its website.

The consultation ends on 10 January. And so far barely a peep has been made from the pro-press-freedom side – from the industry that thrives on it, and the millions of people who read those newspapers that the people at Impress and Hacked Off hate so much. Given the low-key nature of public consultations, and the fact that the press, post-hacking, is on the back foot, there’s every chance that press freedom won’t survive the new year.

The seriousness of this must not escape us. State regulation of the press would be bad enough, but, with circumstances as they are, Section 40 would create a system whereby state power and punitive damages would be used to compel newspapers to sign up to an ‘independent’ regulator that is run and funded by people who hate the press’s guts. The government’s handing over of press freedom to Leveson and now to Impress has created something almost more tyrannical, more unhinged, than direct press censorship. The paradox that is ‘statutory-backed self-regulation’ would embolden a small group of spurned hackademics to bring the press to heel.

We can’t let this quiet coup happen. Press freedom is the bedrock of a democratic society, a principle that rabble-rousers and dirt-diggers throughout history have risked life, limb and liberty to fight for and defend. It is in this tradition that spiked, with other publications committed to defending this most fragile and precious freedom, is calling on the British public to respond to the consultation, using this handy form.

We need to use the democratic clout the likes of Hacked Off and Impress so loathe to say a loud and principled NO to the state-backed shackling of the press. Respond to the consultation. Send it to everyone you know. Write. Tweet. Get angry. Let’s see off this threat to freedom, and then set about carving out a truly free press, one that will send shivers down the spines of those in power for another 350 years to come.

Say NO to Section 40 and Leveson Part 2 here. And share the page using the hashtag #FreeThePress.