The anti-Brexit mob is the most elitist British movement in memory. 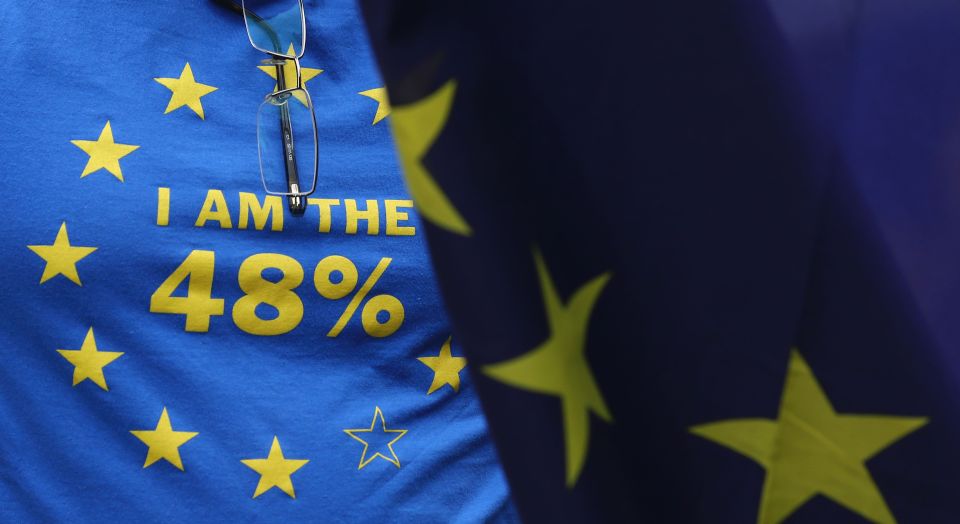 The most heartening poll of the post-Brexit era was published by YouGov last week. It shows that 68 per cent of people want Britain to crack on with Brexit. That’s a pretty clear majority in favour of enacting the June referendum result. Unsurprisingly, the vast majority of Leave voters who responded to the poll said we should get on with leaving the EU, but strikingly so did around half of Remain respondents. That is, a great swathe of the people who on 23 June expressed a desire to stay with Brussels recognise that there’s something more important than their political preferences: democracy; the right of a majority within a nation to shape that nation’s political destiny.

There are many positive things about this poll. There’s its suggestion that, outside of the anti-Brexit bubble of the political class, business world and liberal media, a great chunk of people still understand that democracy is important. There’s its wiseness to the anti-democratic swindle of a second referendum: 59% said the call for a second referendum is ‘illegitimate’. There’s its scepticism about the insistence that parliament must get to pore over Brexit: 47 per cent to 36 per cent think the government should probably enact Brexit now.

But perhaps the most positive thing in the poll is what it tells us about that new political tribe ‘the 48%’, which presents itself as the voice of the 16.1million people who voted Remain. It tells us this tribe doesn’t really exist. That it’s a cynical fabrication of a small elite that merely uses the 16.1million as a cover to pursue its own self-interested agenda.

‘The 48%’ fancies itself as an edgy, rebellious movement. ‘We’re the insurgents now’, says Tony Blair. Blair, who has openly discussed the possibility of stopping Brexit, poses as the spokesman for a revolution when he says there should be ‘a new movement born from the 48%’ and it must ‘mobilise and organise’.

On social media, journalists and campaigners plaster their photos with stickers saying ‘I am the 48%’. There’s now a ‘newspaper of the 48%’, The New European, a superbly snooty affair whose first issue was adorned with a photo of two slovenly Leave voters plonked on a couch as their pet dog wonders why ‘these idiots’ voted against the EU (dogs being cleverer than plebs).

‘Who will speak for the 48%?’, cries The Economist. That bible of the business elite says ‘the 48%’ are actually probably ‘a majority of the British population’ — not all Remainers turned out to vote, or something — and these millions of ‘big-city dwellers, Millennials, globe-trotters, university students… [and] perfectly Middle-England types’ need to have their concerns about leaving the EU heeded, perhaps even as a means of softening Brexit. Keir Starmer, Labour’s anti-Brexit shadow Brexit secretary — like having someone who hates education in charge of education — says ‘the 48% feel they’re being written out of their own history’.

Does ‘the 48%’ really feel this? All 16.1million? Of course not. There is no movement of the 48 per cent. There’s no mass desire to thwart Brexit. As that YouGov poll shows, a nice majority thinks democracy should take its course. The vast majority of both Leavers and Remainers, having made their political views plain on 23 June, are now getting on with life again. One side has not launched an insurgency against the other, except in Blair’s febrile imagination. ‘The 48%’ is an utter invention, a front for tiny but influential cliques that want to appear at least semi-democratic as they seek to thwart Brexit. Let’s call them by their real name: the 0.48%. Actually, that might be too generous. Perhaps the 0.048%.

If any Brexiteer raises concerns about an elite seeking to stymie the majority’s will, columnists instantly fire back: ‘Are you calling 16.1million people an elite?!’ Of course we aren’t. We know these people and we know they’re not the elite. We can see that 16.1million aren’t on the streets calling for Brexit to be weakened or ended. No, when we speak of an anti-Brexit elite we’re referring to the 0.048%.

‘The 48%’, as this rich, quarrelsome mob refers to itself, is the most elitist British movement in memory. It reeks to the heavens of wealth and influence and anti-mass snobbery. It is so shot through with a sense of entitlement that it is horrified, still, by the uppityness of the 17.4million people who dared to vote against its outlook.

The heroes of ‘the 48%’ are the likes of Gina Miller, the filthy rich claimant in the court case aiming to force Brexit into the hands of largely anti-Brexit parliamentarians. The New Statesman, for its gush-piece on Miller, met her in an exclusive private members’ club in London where she was ‘spread across a velvet sofa’ in a ‘high-ceilinged drawing room’, her ‘multimillionaire husband’ acting as her bodyguard. I’m not making this up.

The 48% has celeb spokespeople, too, like Bob Geldof, who calls Leave voters an ‘army of stupidity’. Under the banner of ‘the 48%’, various well-connected NGO and media types have set up a group called March for Europe that wants to ‘defeat [Brexit] altogether’. Its public demonstrations, far from featuring the 16.1million, have been among the whitest, most middle-class demos I’ve ever seen, attended largely by those who in some fashion benefit from the status quo. Indeed, a study this week suggests ‘middle-class liberals’ were the only social group that ‘emphatically backed Remain’ — that is, they were most unswerving in their commitment to Brussels, and are most likely to be angry now. This is only a section of the real 48%.

The publications of ‘the 48%’ — that is, the 0.048% — speak to their elite status. The Economist, the FT, The Times (strikingly, only 30 per cent of Times readers voted Leave), all of which have given space to the cries of the 0.048%. Then there’s the pseudo-movement’s official newspaper, The New European, the most bigoted newspaper in Britain right now. Each issue drips with contempt for the throng. The most recent one used human-behaviourist theory to explain that the populace is split between those who ‘make decisions on impulse, feeling, emotion’ (Brexiteers) and those who ‘seek information, analyse it, and weigh arguments’ (Remainers). Here we have the rehabilitation of the oldest, ugliest, borderline eugenicist argument against democracy, in which one section of society is imagined to be infinitely better equipped for politics than the unreasoned, impulsive sections of society, published in the newspaper of ‘the 48%’.

The tools of ‘the 48%’ are court cases, cliquish new groups funded by wealthy liberals, celeb denunciations of the stupid masses, all designed to block or weaken Brexit. This is a naked elite; a small group convinced of its rightness in contrast with the fickleness and folly of the masses. But of course you can’t be an upfront elite these days. Openly declaring yourself a minority who knows what’s best for everyone else went out of fashion decades ago. So what does this clique do? It calls itself ‘the 48%’. It hides behind the 16.1million as it pursues its narrow goals. Ordinary Remainers should be even more outraged about this than Leavers understandably are.

The political and media classes continually warn that Britain is now sharply divided, and they claim it’s the fault of cocky, uncaring Brexiteers. In truth, if anyone is splitting Britain into camps it’s these cynical exploiters of ‘the 48%’, who claim one mass in society is being harmed by another mass in society, and call for an ‘insurgency’ by the 16.1million against the wishes of the 17.4million. Of course ordinary Leavers and Remainers have many political differences, and we should continue to argue about them, in pubs, at work, at the schoolgates. But we should realise that the true divide today is between an elite that is sick of democracy and, as that YouGov poll shows, a majority that respects democracy. Leavers and Remainers should unite against ‘the 48%’, the 0.048%, and its nasty, dangerous anti-democratic game.