The Casey Review: a nation divided

The British state’s multicultural dream has turned into a segregated nightmare. 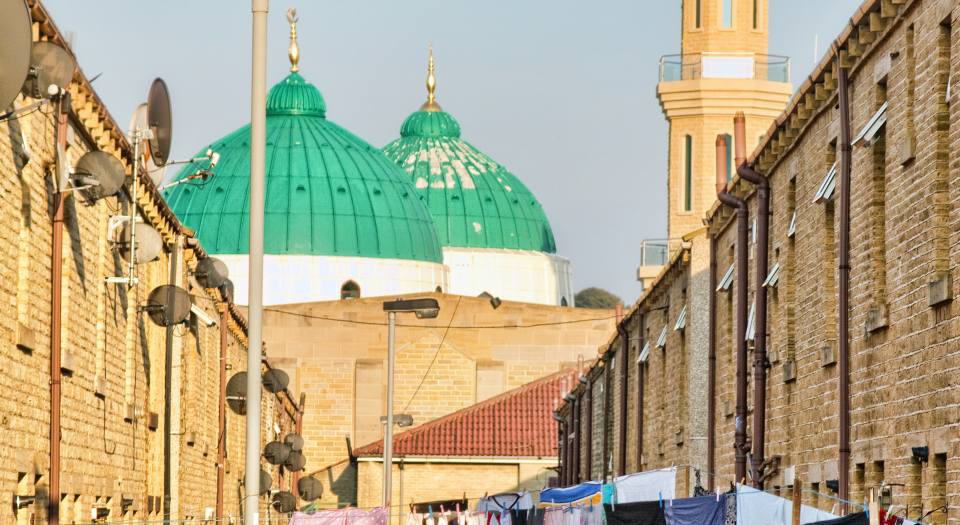 Dame Louise Casey’s government-commissioned report into integration between ethnic groups and community cohesion is not going to shatter the earth. She discovered what many already know: that British society is not very well integrated; that it is increasingly divided along ethno-cultural lines; and that there is a want of any cohering, collective identity.

‘I had thought that I knew what some of the problems might be’, she writes. ‘Black boys still not getting jobs, white working-class kids on free school meals still doing badly in our education system, Muslim girls getting good grades at school but no decent employment opportunities.’ And these, she confirms, are still problems. ‘But I also found other, equally worrying things, including high levels of social and economic isolation in some places and cultural and religious practices in communities that are not only holding some of our citizens back but run contrary to British values and sometimes our laws.’

She hammers the familiar message home with stats showing that certain ethnic groups tend to live and mix only among themselves, attending near-enough mono-cultural schools, and living and working, or increasingly not working, in mono-cultural communities. She mentions in particular the segregation of Pakistani and Bangladeshi communities in Blackburn, Birmingham, Burnley and Bradford, reporting that some wards are 70 to 85 per cent Muslim. She admits that the security and comfort the familiar affords is understandable. But she also notes that many in these segregated communities live almost parallel lives to mainstream British society, talking their own languages, sharing their own values and submitting to their own authorities. And she warns of the deleterious effect this segregation may be having on some members of these communities, in particular women – who are not just being held back, but subjected to ‘domestic abuse’ and ‘other criminal practices such as female genital mutilation, forced marriage and so-called “honour”-based crime’ – and gays and bisexuals, who are persecuted and worse.

It’s a soberly written report, and the diagnosis of a culturally fragmented society at least skirts the truth. But its content is often hyperbolic, with the lurking implication that something terrible is happening in these sequestered, isolated communities. Yet that’s not the real problem with the Casey Review. No, the real problem is that it doesn’t grasp why Britain is culturally fragmented; it doesn’t understand the dynamic that has led to increasing numbers of people firmly identifying themselves with, and entrenching themselves within, particular ethno-cultural communities. It doesn’t, in short, acknowledge the British state’s own role in fomenting this fragmentation through the promulgation of multiculturalism. Because it’s this, the active, state-driven implementation of multiculturalism, encouraging assorted ethno-cultural groups to identify themselves as such, that lies at the heart of what now appears under Casey’s eyes as social disintegration.

Not that this is even alluded to in the Casey Review. Instead, she heaps the blame on civil society itself, pointing the finger at rising levels of immigration over the past 20 years, and a combination of self-segregating communities led by segregation-happy faith leaders, and, as she puts it, changing ‘public attitudes [towards immigrants]… with negative judgments about the cultural and economic impact of migration growing’.

So there you have it: social fragmentation is society’s – our – fault. Too many migrants are too insular. And too many indigenous Brits are too anti-migrant. The British state’s role in all this is limited to what it hasn’t done. It’s been too weak, too lenient, too unwilling to censor or condemn, especially when it comes to the views and practices of certain parts of the Muslim community. ‘We need leaders at all levels – in government, in the public sector and faith institutions, and in communities – to stand up and be more robust on this.’ And above all, she continues, we need the state and its assorted agencies to be more proud to be British, complete with an oath of allegiance on offer to those migrants seeking public office. No wonder the government lapped it up. Casey sounded like she was confronting the big issues, asking the ‘difficult’ questions, while simultaneously letting the British state off the hook, while also empowering it. As the communities secretary Sajid Javid put it, ‘This government is building a democracy for everyone and our country has long been home to lots of different cultures and communities, but all of us have to be part of one society – British society’.

All of which ignores the fact that the division Casey has belatedly spotted, this separation and antagonism between different cultures and communities, was once the effective rainbow-hued dream of the state. This is not to suggest that multiculturalism, which emerged in full-throated song during the 1990s, with its focus on encouraging diversity, on celebrating difference, was some sort of pinko conspiracy, as some still lingering on the right maintain. No, multiculturalism became the ideology of a British state at a point when it was in want of a national idea. It was a vision of society, of what it values, in lieu of the desiccated, historic sources of national pride, from the British Empire, to queen and country.

Recall Tony Blair’s conjuring up of Britishness in 2000 as ‘a rich mix’ of migrated difference; or then Tory MP Michael Portillo’s portrait of Britain in the same year, as ‘a country of rich diversity’. Recall, too, that John Major’s Tory administration founded the Muslim Council of Britain in 1996, a signal moment in the state-led transformation of British society into different ethnic or religious groupings that were not only to be celebrated, but which apparently needed special state promotion and protection. And as this brave new world of pluralism was being ushered into being, so the old world of homogeneous nationalism was being turned into a source of colonialist shame and BME grievance. The dream was diversity, an inoffensive, rather bland idea in itself. But the result was a diverse whole, consisting of antagonistic parts, each competing under the banner of victimhood for state recognition, protection and funds.

But because Casey does not recognise the role the British state has played in the deliberate fragmentation of society, through the banality of multiculturalism, she is prepared to turn it into the solution. Hence throughout her review, it is the state that is to rebuild social cohesion, to reintegrate the parts into the whole, even to inculcate those dread words ‘British values’. And so it is a proposal doomed to failure. For the state, still wanting a national story, a source of legitimacy, can no more say now what British values are than it could back in the 1990s. Integration, cohesion and so on are all admirable and necessary ends; but the British state is not the means.

Picture by: Tom Blackwell, published under a creative commons licence.