A tale of drug-dealing and disillusionment shines an angry light on the Irish capital. 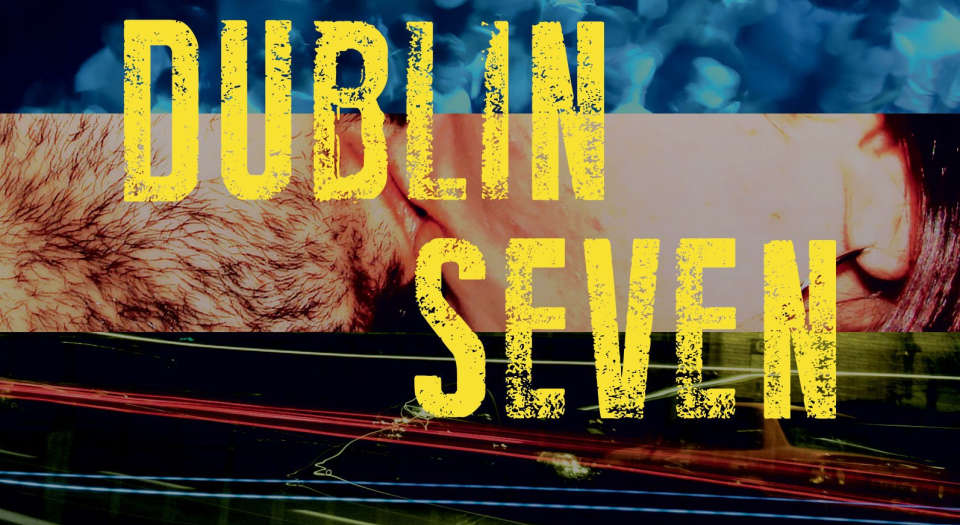 Dublin Seven, an uncompromising story about Dublin drug-dealers by Frankie Gaffney, was published to acclaim in Irish literary circles (although this is one of the first UK reviews). Though its subject matter may seem parochial and at times squalid, like Trainspotting (with which it has inevitably been compared), Dublin Seven transcends period and place to offer a tale of universal interest – the progress of someone born in a sociocultural cul-de-sac who strives to rise out of it through native wit, and sometimes succeeds.

There may be a degree of nostalgie de la boue in the critics’ reception, but if so there is also a generous desire to see an unfortunate triumph against an unfair order. That the first-time author has educated himself out of a working-class background, and is pursuing a fellowship at Trinity College, Dublin, makes for a perfect 21st-century literary package – a modern morality tale about opportunity through education, obstacles surmounted, authenticity and fulfilment through imagination. Dublin Seven’s protagonist, Shane Laochra – his surname Irish for hero, and serendipitously the name of a Celtic goddess, symbolising unrealised potential – might almost have been a portrait of the author as a young man, had the author been less lucky. (He credits reading with saving him.)

Shane is 18, with little to show for school and few prospects. He is from the ‘wrong’ side of the Liffey, and the equally persistent east-west line, in a city where old authorities have been circumvented or subverted. Even his physically formidable father is ludicrous, unable to maintain a marriage, popping Viagra, working as a nightclub doorman and campaigning futilely against drugs.

Shane soon notices the contrast between his life of penny-pinching and pointless training courses and that of drug-dealer Griffo, who sports desirable labels and possesses an exciting outlaw aura – a man dangerous to know but delightful to be acknowledged by. Shane’s experiences with drugs have been positive, the narcotics hazing injustice and ugliness. Why shouldn’t he bring pleasure to others, and make money doing so? Soon he is en route to profits – and perdition.

Dublin Seven is an allusion to Shakespeare’s ‘seven ages of man’ (from As You Like It) rather than the Dublin 7 postcode – but that inner-city locale, with its ancient echoes of exile, grim law-making, marginality and meat-markets, is an obvious locale. It is surprising the synchronicity-seeking author did not fully embrace the psychogeographical possibilities. More might have been made of the contrast between stately monuments to discredited powers – the Four Courts, and the fortress-like St Michan’s Church, with its famous mummified bodies – and the mess of dilapidated if gentrifying streets and estates stretching back to bleed into the badlands of Finglas. Yet there are fine touches, and anyone who knows Dublin will be able to conjure Shane’s scruffy stage-set of pebble-dashed low-rises, Seventies flats, overpriced new-build apartments, booming traffic interchanges, bars and branches of McDonald’s, with magnificent Georgian terraces and long views of distant heights as ironic counterpoints.

As well as Shakespeare’s seven, the book has other connections with that talismanic number, as Gaffney told the Irish Times: ‘[There’s the] seven deadly sins, seven holy gifts, seven Biblical plagues, the seven Egyptian souls… the seven traditional colours of the spectrum, and the seven ancient Vedic deities/planets.’

There exists a detailed ‘Key’ to the book, in which seemingly casual incidents are revealed as larded with symbolism. This may sound off-putting, but it is lightly done, and lends fascinating layers to what might otherwise have been a latter-day Newgate Calendar. Painstaking construction is masked by unrelenting action, including coke-sniffing, corybantic clubbing, E-dropping, involuntary bowel-opening, sexual liaisons, beatings and sordid deaths, as Shane barges from one largely meaningless meeting to another in a maelstrom of redolent slang. Shane is heedless, sensate, never considering that he is enriching himself by impoverishing society, battening even on his own class, for whose quiet misery he ought to have empathy. When he starts to spurn these customers in favour of middle-class Southsiders, it is done not out of compunction, but because Southsiders are more profitable.

The author describes himself as lefty, but social critique in the early chapters is largely implicit, such as when schoolboy Shane contemplates his set reading: ‘What did they have to study Jane Austen for? She had nothing do with anything.’

Gaffney wisely lets Shane live in his Noughties’ moment, just as Ireland was living in its Celtic Tiger bubble. That decade seems for Shane an epoch of hope and change – and in certain frames of mind, he might see himself as just another businessman, no better, and certainly little worse, than the kickback-taking planners, the tax-advisers and corporate scammers, the bullying Gardaí, and the Southsiders and ‘culchies’ running the economy and politics. The critique becomes overt when Shane encounters vigilantes, whose frightening yet somehow farcical activities are likened to the criminal-justice system, with sonorous Latin legalese subheadings pointing up the vigilantes’ clumsy questioning – men in contempt of justice while believing they are its enforcers. In this Hibernian City of Men, do-gooders can do bad, and bad-doers are not as bad as is made out. Inner-city drug-dealers wreak harm – but on themselves, too, and they are in some respects merely reacting to their class’s long betrayal by serried cultural, economic and political forces.

Shane reads horoscopes, but he takes little practical interest in the future, rarely thinking even of the proximate perils posed by the harder-boiled, like aptly-named Paddy Lawless, whose principal intoxicant is hurting those who get between them and their profits. Shane revels in ‘rebel songs’, and sensational accounts of true-life criminals; he does not see that these stories are better to leaf through than live through. Disillusionment nevertheless creeps on him, as he finds himself doing the same things over and again, the drugs work less well and he begins to notice that time is passing. Griffo is revealed as another creep, and the ostensibly Robin Hood-like life as nasty, brutish and often abridged. Drug-dealers, Shane finds, may never experience all seven of their allotted ages.

He remains essentially unrepentant, still in search of ‘the power – to be feared, to be known by the whole country as someone you couldn’t mess with’. But always inside the Moriarty-manqué is a small boy born into a bad world – always afraid, blind to his failings, impulsive, maudlin, haunted by fear of celestial as much as temporal punishments. As a big-timer, he might have been like the Mafiosi, or the Latin American narco-garchs, squaring cops and politicians, syncretising social harm with private acts of charity, ordering murders while endowing churches.

Dublin Seven is sad but salutary, illuminating ignoble aspects of today’s Strumpet City, this capital gone awry, with its bad faith and betrayals, its broken communities and corruption, its greed and gullibility, missed chances and myopia, and shocking but inevitable violence. The author made it out, but stares back still in anger, knowing what he might have become, remembering all the Shanes he knew, and those who are still there.

Derek Turner is the author of the Dublin-set novel A Modern Journey. His other novels include Displacement.

Dublin Seven, by Frankie Gaffney, is published by Liberties Press. (Order this book from Amazon(UK)).