The rise of the capitalist left 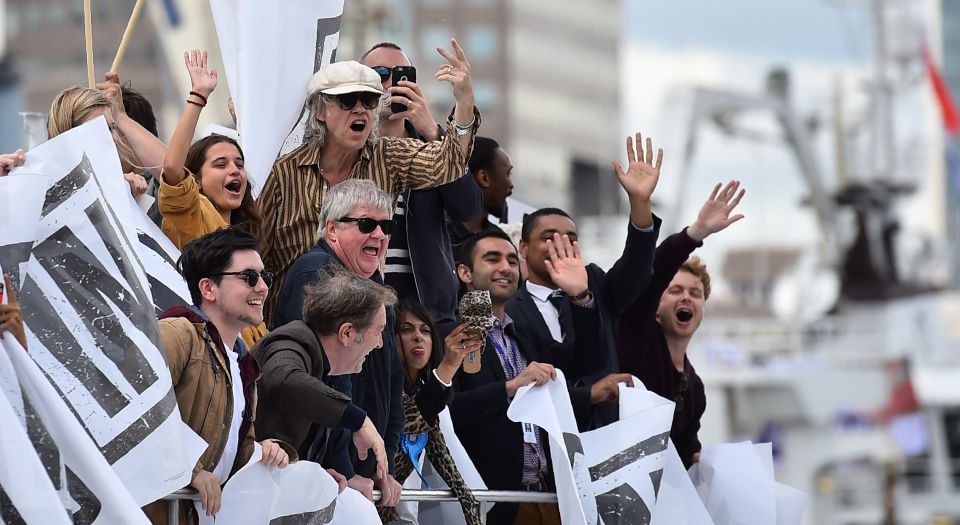 The result and aftermath of the US election has in many quarters been compared to that of the Brexit vote. In each scenario, so the narrative goes, we had an enlightened, metropolitan liberal-left directing its scorn towards an ill-educated, right-wing multitude – the ‘left behind’ who surprisingly triumphed. It’s a nice, pat observation. But unfortunately, it’s also not true.

The striking thing about the derided, out-of-touch liberal metropolitan elite in both countries is actually how un-lefty its members seem to be. Ever since Brexit, we’ve had voices on the left fretting that bankers and high finance might leave the City of London – the same bankers we were previously called upon to despise. There’s been an associated concern about the economic effects of a clampdown on immigration. Add to this worries about inflation and our trading relationship with the rest of the European Union.

The principal case for remaining in the EU has been and still is economic. Why should this be? It’s because the Remain case was based on vested material interests, not the principle of democracy or the social wellbeing of the country. It’s all about sainted GDP figures. Immigrants aren’t spoken of as human beings, but as being ‘good for the economy’ (ie, cheap labour and domestic service). How strange that all the well-to-do left should care about is money these days – or maybe not, if one recalls that iconic image of Bob Geldof and chums swilling champagne and abusing fishermen on the Thames.

The old left has been collapsing in the West for some time. Being of the left today is a consumerist lifestyle choice, a means of adopting a caring pose in order to mask or atone for one’s egocentric behaviour. The ‘metropolitan elite’ may better be described as ‘the capitalist left’. Champagne socialism was once considered an amusing aberration in Britain, but it is now the norm in a country in which to be of the left is a means of projecting one’s public good standing. Virtue signalling and protesting is a substitute for social action, not an expression of it. One puts up a ‘Vote Labour’ placard once every five years to atone for the fact that you aren’t remotely a socialist.

No wonder the left is so enraptured by identity politics, the ultimate form of ‘choice’ and means of self-branding. There are more than 50 varieties of gender identity you can buy into today. No wonder the liberal left has taken to the streets after Trump’s victory, behaving like disgruntled consumers who didn’t get what they’d chosen at a department store.

This is why they get so cross at the ‘deplorables’ and the Brexiteers, those who don’t see politics as either economic self-interest or conspicuous compassion, but – in various strands – speak of such antiquated concepts as democracy, the people, community, social cohesion. The people of the Rust Belt in America and of the deprived northern towns in England who voted Brexit may be old-fashioned in their patriotism, but they are also old-fashioned in their economic outlook: to them, not everything is about GDP figures, but how the economy actually serves human beings.

Their revolt is one against a vacuous class that has become disproportionately obsessed with the rights of minorities or infatuated by middle-class trivialities such as transgender politics. Thirty years ago, Bruce Springsteen sang about the plight of the blue-collar worker; today he campaigns for the right of transgender men to go into women’s lavatories.

This is why the revolt against the ruling classes in Spain and Greece has simultaneously taken on a far-left guise: Podemos and Syriza also recognise how the ruling classes have become effete and decadent. What’s happening across the Western world now is no longer a left-vs-right matter, it’s a more simple, brutal case of the deplorables versus the deplored.

One idea that has gained acceptance in recent years is the notion that knowledge is subjective and that truth is intimately linked to power. Hence the emergence of such concepts as ‘ethnomathematics’, which challenge the supposedly universal knowledge established by white European males. Or witness the phrase ‘check your privilege’, a rebuke to any argument made by anyone adjudged to hail from a position of power. Subjective testimony of the underprivileged, the oppressed and the victim is accorded equal standing or even superior worth. Hence, we are meant to grant extra weight to a statement that begins: ‘Speaking as a person of colour/woman/gay man/someone who has been raped, burgled and run over….’

I had always assumed that the deification of subjectivity and victimhood was the fault of the postmodernists of the 1960s and 1970s, who began the process of deconstructing logocentric Western rationalism. After Foucault, wasn’t all knowledge just a manifestation of power? No truth was better than another, and if we had to decide, it was better to hedge our bets with the oppressed who had been silenced through history.

Having just read Sarah Bakewell’s At The Existentialist Cafe, I’ve been struck by the realisation that it’s actually the forefathers of the postmodernists – the existentialists – who might ultimately be to blame. When faced with the claims of incompatible interests, who all claim that right is on their side, Jean-Paul Sartre concluded in The Communists and Peace that every situation should be decided in ‘the eyes of the least favoured’, or to ‘those treated the most unjustly’. As Bakewell explains, ‘You just need to work out who is most oppressed and disadvantaged in the situation, and then adopt their version of events as the right one… If something is not true in the eyes of the least favoured, says Sartre, then it is not true.’

No doubt Sartre would approve of the antics of the anti-Trump loudmouths and competing victim minority groups, who grow more shrill with each sob of malicious self-righteousness.

Those ‘girl’ book titles in full