Politicians should be judged through the ballot box, not the witness box. 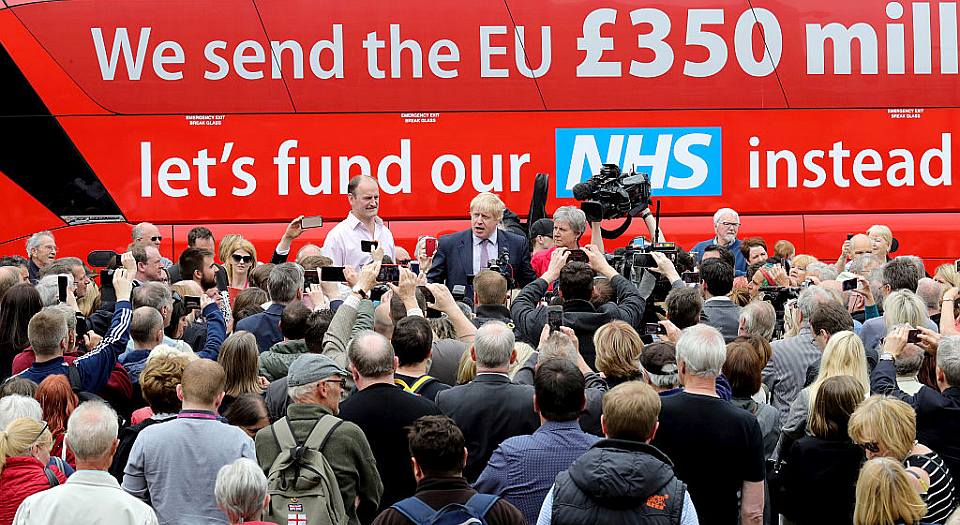 The Crown Prosecution Service (CPS) is considering prosecuting the two main Brexit campaign groups, Leave.EU and Vote Leave, for ‘corrupt campaigning practices’. In short, it is alleged that they lied to the public. The complaint was submitted by a group of academics, led by Professor Bob Watt of the University of Buckingham. It claims that the Leave campaigns made ‘assertions of fact that were knowingly misleading’.

But here’s the thing: no politician involved in the Brexit campaign will actually be prosecuted by the CPS. It would have to find that there was enough evidence to prosecute campaigners and politicians for defrauding the electorate and show that a prosecution would be in the public interest. This is all-but impossible.

For a start, it is difficult to imagine there could ever be any evidence to prove that these politicians knowingly lied. Take the infamous Vote Leave claim that the EU was costing the UK £350million a week – money, it hinted, that could be spent on the NHS instead. Everyone knew that this claim might not be all it seemed. But proving that anyone at Vote Leave actively meant to mislead people would be almost impossible.

The second problem is even more obvious. How could anyone possibly argue that it was in the public interest to prosecute? If the threat of prosecution was forever hanging over politicians it would chill political debate. It would mean a complete sanitisation of public life. The boundaries of public discussion would be set by the police and the CPS. This is world that no one, not least the police and the CPS themselves, would actually want to live in.

While a CPS prosecution is unlikely, other groups, such as the crowdfunded campaign #BrexitJustice, intend to launch private prosecutions of Leave campaigners. But it would be foolish to do so. Even if, by some small miracle, a case overcame the obstacles that private prosecutions face, it would end up being put before a jury. Given the glorious unpredictability of juries, not to mention the fact that a majority of the British public voted Leave, legal teams would think twice about pursuing such an overtly political prosecution.

Calls to prosecute Leave campaigners come in the context of a broader, post-Brexit drive to use the law to police public discussion. A petition has been launched to prosecute the Daily Mail for its ‘Enemies of the people’ headline, which took aim at the High Court judges who ruled that Article 50 could only be triggered after a vote in parliament. The petitioners claim the Mail ‘incited violence’. And in the lead-up to the referendum vote itself, there were calls to prosecute UKIP’s Nigel Farage for inciting racial hatred with his, admittedly awful, ‘Breaking Point’ poster, which showed hundreds of refugees crossing the Croatia-Slovenia border. Campaigners are trying to use the law to cleanse the public sphere of allegedly undesirable opinions.

There is a delicious irony here. Those looking to pursue cases against the ‘toxic language’ of Leave campaigners are precisely the people who have declared Leave voters fair game for smears and abuse. Since the vote, elite Remainers have talked about Leave voters in a way that could easily be branded a ‘hate crime’. Leavers have been called ‘racist’, ‘ignorant’ and ‘low-information’. In the UK, it seems, you are free to insult people for their beliefs, so as long as those beliefs involve leaving the EU.

No one should be criminalised for airing political opinions, let alone insulting people. But there is a moral distinction to be drawn between political invective and hurling abuse at the electorate. The kind of political speech Remain campaigners are trying to sanitise is not directed at specific individuals. And, when it is, it is directed at those with a prominent role in public life – High Court judges, for example. Holding a central role in public life opens you up to insults in a way that voting at the ballot box should not. We should draw clear lines between political speech, which should be judged and fought over in the course of political contestation, and simply insulting people for voting a particular way.

Language is the essence of politics. Ridiculing and insulting those in the public sphere has been part of our political tradition for hundreds of years. This is why the intrusion of the law into political debate is a bad thing. It creates an ossified political climate in which people are afraid to fight forcefully for the principles and policies they believe in. That’s not to say that anything goes in politics. But the comeback for the lies and betrayals of our politicians should come through the ballot box, not the witness box.