The crisis of French republicanism

French politicians have lost any sense of what the Fifth Republic is for. 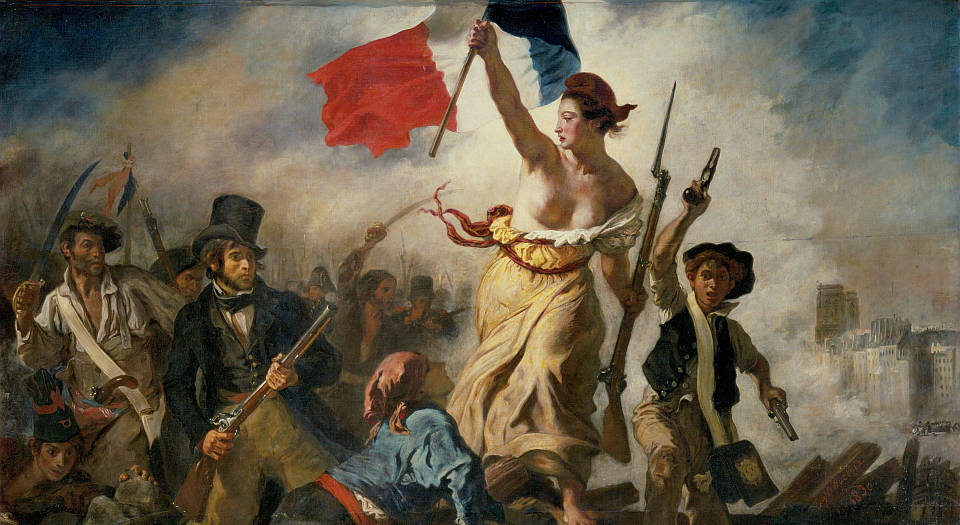 France is revving up for the presidential election next spring with all parties desperate to claim ownership of the idea of the French Republic. The Socialist Party and Front National have both staked their claims, while the Union for a Popular Movement of Nicolas Sarkozy and Alan Juppé has even renamed itself the Republicans. But what exactly does republicanism mean today?

For many French people, the French Republic’s founding principles of liberté, egalité and fraternité evoke little more than the stamped letterhead on their tax bills. In fact, the meaning of French republicanism is not something that has been consciously discussed in France since General de Gaulle founded the Fifth Republic in 1958, and even then this redefinition was a reflexive response to the disastrous rift that had opened up between the ‘free’ and ‘occupied’ during the Second World War.

To get a better grasp of the meaning of the republic, it’s necessary to look at its history. French republicanism was born on 20 September 1792 at the Battle of Valmy, when a ragged and raw revolutionary army stopped the Prussian and Austrian armies from marching on Paris to crush the French Revolution. Endangered, the fledgling republic had not only responded; it had affirmed itself. This has become a pattern for the republic throughout its history. Each of its five phases, each successive self-conception, has been born through a struggle with a threat to its very existence. Its very fragility has been the source of its resilience.

It took on its most durable form as the Third Republic. This was created on 4 September 1870, during the siege and bombardment of Strasbourg, two weeks before the siege of Paris at the hands of Otto von Bismarck’s Prussian army. It may have been the longest lasting republic, but it was far from stable. Between 1894 and 1906, it was nearly torn apart by the anti-republicanism which emerged during the Dreyfus Affair.

Alfred Dreyfus, a Jew and a captain in the French army, was accused of spying for the Germans. It was the first time that anti-Semitism had taken such a virulent form since the French Revolution (which had granted equal rights to Jews). Dreyfus’s Jewishness, however, was only part of the problem. Dreyfus was also the scapegoat for a militant French nationalism that powered France into the First World War, mutated into interwar fascism and culminated in the Vichy/Nazi regime during the Second World War.

Just as Prussian nationalism forged itself after the humiliation of Napoleon’s invasion of Berlin in 1806, so anti-Dreyfus French nationalism developed after Bismarck’s Prussian invasion in 1870. Dreyfus, you see, spoke French with a German accent because he was born in Mulhouse, Alsace. It was difficult to attack him for being a secret Germanophile because the Alsacians aspired to be Gallic by choice and not Germanic by blood. So it was Dreyfus the Jew who was attacked as a traitor instead. As Maurice Barrés, a prominent anti-Dreyfusard intellectual and MP, put it: ‘The Jews have no sense of the fatherland as we know it. For us, it is the soil and the ancestors, it is the land of our dead. For them it is a place where they find their greatest interest.’

The state vs the citizens

Alexis de Tocqueville, in his seminal work Democracy in America (1835), expressed concern that the relationship between the citizen and the state in the French republican context was too naked – it lacked mediating institutions, which meant any social or economic tension could quickly turn into an open political conflict. This remains a penetrating insight. Today, French students throw Molotov Cocktails at riot police during anti-labour-law-reform demonstrations; farmers block the streets of Paris with over 1,500 tractors to protest over plunging food prices; and striking ferry workers burn piles of tyres on motorways. These are good examples of the unmediated conflict in France between citizen and state. In each case the government either does a u-turn or ‘adds some water to its wine’. Think of May 1968. ‘We have recently witnessed’, wrote Hannah Arendt at the time, ‘that it did not take more than the relatively harmless, essentially non-violent French students’ rebellion to reveal the vulnerability of the whole political system, which rapidly disintegrated before the astonished eyes of the young rebels’. Certainly this type of direct confrontation is a means through which a minority can find a voice, but what happens when the minority out-shouts the majority? Does democracy suffer?

France felt humiliated after the Second World War. First capitulation and then collaboration drew a dark veil over the republic. But the ‘legend’ of La Resistance gave France a new confidence and empowered the left. Indeed, France felt sufficiently emboldened to become the bureaucratic force behind the initial formation of the European Union. Socialist leader Francois Mitterrand seized the opportunity to move France from a country struggling with its recent unheroic past into a new future where it could reinvent its identity and demonstrate its moral authority. France may not have been the powerhouse of the EU, but it was its architect.

The First Republic of 1792 was the engine behind the powerful humanist aspirations of universalism and internationalism. These were expressed in the revolutions of 1830, 1848 and, finally, in the civil war of 1871. Today universalism has been replaced by globalism, and republicanism has become more isolationist, with ‘mondialisation‘ presented as a threat to French culture. While the Front National was slowly able to capitalise on this form of parochial populism, the mainstream parties continued to invest in the EU project, seeing it as the antidote to the rise of the far right. But the anti-democratic nature of the EU, its commitment to austerity, with Berlin and Brussels pressurising France to reform its economy and regulate its public debt, currently at 98 per cent of GDP, is making support for the EU very difficult.

The rise of popular nationalism coincides with the erosion of confidence in the EU, an institution which derides national sovereignty. Having absorbed itself in an oligarchy whose authority rests on diluting nationalisms, France now struggles to promote true republican values.

In search of an identity

After the Charlie Hebdo massacre, France erupted spontaneously in a show of republican solidarity. But this unifying sentiment did not last long. Freedom of expression is far from being an uncontested principle and many wavered in their commitment to liberté when confronted with the logic of its implications: namely, the freedom to offend. Instead people argued that we have to be careful about what we say because one never knows who might feel offended. After the Paris attacks last November, and especially after the terrorist attack in Nice this year, any sense of post-Charlie republican unity lay in tatters. Instead, concerns about security were paramount. A six-month state of emergency was called. France was officially under siege.

Then this summer, many coastal resorts banned full-body swimsuits, or so-called burkinis. The French prime minister Manuel Valls performed a conjuring trick by justifying the ban in terms of liberty. He said the burkini represented the ‘enslavement of women’, and that it was offensive and could cause disorder. In Le Figaro, Sarkozy agreed: ‘Women who wear the burkini are testing the resistance of the republic. To do nothing makes France appear weak.’

People are not being inspired by republicanism; they’re having it rammed down their throats. Instead of creating a republic that people want to be assimilated into, assimilation is being enforced.

Bastille day, which falls on 14 July, is the most public of all public holidays. Children sing the Marseillaise in village festivals, complete with these surreal words: ‘Let us march, let us march, till impure blood shall soak the furrows of our fields.’ Here is the Achilles’ heel of French republicanism: the Revolutionary Terror. Believing that Dr Guillotine’s famous invention was part of progress seems to require a huge leap of faith. But we should still be able to interrogate the Terror intelligently, just as Edmund Burke and Thomas Paine did at the time. The question of whether violence invalidated liberty or whether it was necessary for liberty requires discussion.

Yet in spite of being so attached to le terroir (the soil), the French appear to have lost touch with their roots. So many turn away from their national history, and the questions it poses. The French people’s low sense of civic and national pride is striking. In response, leading intellectuals and politicians from the right and centre-right concentrate less on what the French Republic is for than on what threatens it. Their general tone can be summed up in the phrase, ‘The enemy is Islamic totalitarianism’. During a recent televised debate between the seven prospective candidates for the leadership of the Republicans, one got the impression that the enemy within was necessary to breathe life back into republicanism. Differences between the Republicans and Front National are becoming increasingly blurred.

Meanwhile, the left, or what might be called its rump, is abstaining from this petty ‘religious’ squabbling and pressing for constitutional change and a Sixth Republic.

It is not surprising that French people feel as if they are trapped on a boat heading up a river in an unknown jungle. The heart of the republican darkness remains unexplored. By remaining in relative obscurity, the republic becomes malleable, a clay to be turned into various forms. And it is this that allows the right to take the fight to the beaches, the left to say there is something we must apologise for, and young Muslims from the banlieues to shout ‘we are only giving you a taste of your own medicine’. The republic means whatever you want it to mean.

Julian Lagnado is a writer living in France.