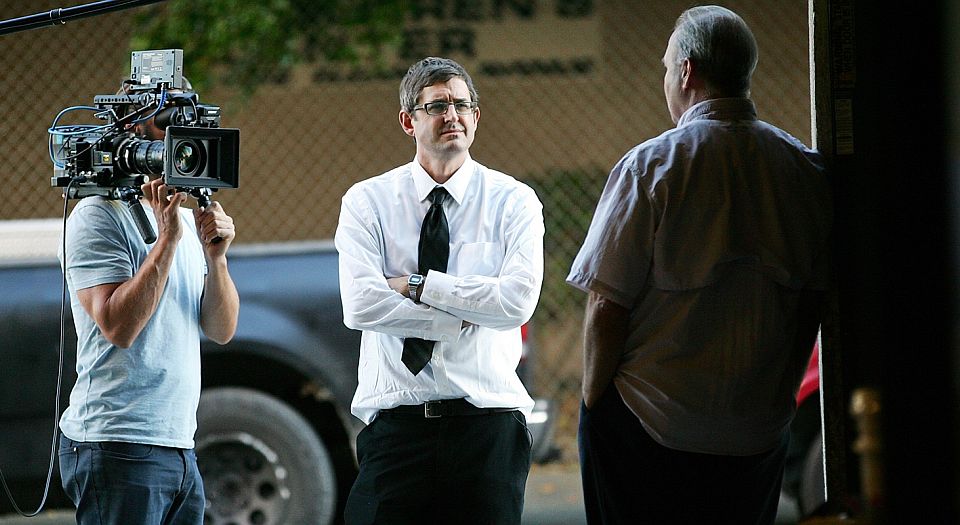 After 20-odd years making documentaries for the BBC, Louis Theroux makes his big-screen debut with My Scientology Movie. Directed by John Dower, it is the most ambitious and visually pleasing film of Theroux’s career. It’s also the funniest he’s been in many years. My Scientology Movie is not as profound or as informative as last year’s Going Clear, Alex Gibney’s exploration of Scientology. Instead, it follows the Michael Moore model – it’s far more manipulative, but far more entertaining. And, thankfully, Theroux is nowhere near as self-righteous as Moore.

Of course, it was Moore who gave Theroux his break when he hired him as one of the correspondents on his Nineties NBC series TV Nation. It was here that Theroux developed the style he would later bring to his BBC shows Louis Theroux’s Weird Weekends and When Louis Met… – approaching offbeat subject matter with a pretence of naiveté, and using his innocent facade to draw out the absurdity of his subjects.

Over the past decade, he has dropped this style and made a series of po-faced documentaries on more serious topics. But in his quest for more ‘mature’ content he lost his killer instinct and damning insight.

The sheer absurdity of My Scientology Movie marks a welcome return to form. This isn’t a detailed exploration of the world of Scientology: the film’s premise is built on the fact that getting anywhere near the church is almost impossible. Instead, it consists of re-enactments of incidents and practices that are said to have occurred within the church, interspersed with sequences showing the church’s attempts to stop Theroux making the documentary.

The film’s re-enactments are supervised by Mark ‘Marty’ Rathbun, former inspector general of the Church of Scientology’s Religious Technology Center. Theroux drew inspiration for the re-enactments from The Act of Killing, Joshua Oppenheimer’s controversial 2012 documentary in which the perpetrators of the Indonesian purges recreated their crimes for the camera. The re-enactments bring Rathbun face-to-face with his past. In one scene, he can’t even bring himself to pretend to applaud a portrait of L Ron Hubbard – the church’s founder – and storms off set. Throughout the film, Rathbun relays the horrors of Scientology, but refuses to acknowledge his own complicity in them.

There is very little here about the early, L Ron Hubbard days. Instead, the film focuses on David Miscavige, Hubbard’s successor and current leader of the church. Rather than looking at the broader implications of Scientology, the film is much more interested in the individual lives of the church’s members. It seems to suggest that the misdeeds of the higher-ranked members do not spring from the religion itself, but from its paranoid leader, and the keenness of his followers to please him.

My Scientology Movie is the most meta film of Theroux’s career. It’s as much about the making of the film as it is about Scientology itself. There are some very funny sequences of actors auditioning to play Tom Cruise and David Miscavige, and surreal sequences depicting the church’s attempt to ‘defend itself’ by making its own documentary about Theroux. Many scenes in the film consist of Theroux and representatives of the church pointing cameras at one another, arguing about film permits and whether they’re standing on public or private property.

Having recently made documentaries about transgender kids, severe alcoholics and people living with long-term brain damage, Theroux has here found a subject that brings out both the ruthless and playful sides of his style. My Scientology Movie is Theroux at his most hilarious and hard-hitting. And proof that, having made some lukewarm TV docs of late, he could well flourish on the big screen.

Watch the trailer for My Scientology Movie: