Ched Evans and the fury of the middle-class mob

This case has exposed the illiberalism and classism of the new elite. 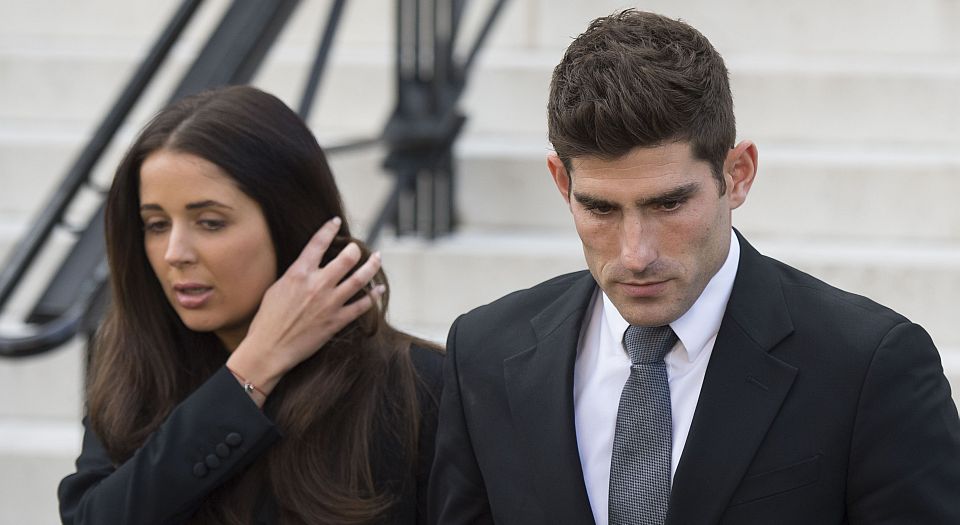 When snobs talk about mobs, they usually mean poor people who say things they disagree with. Brexit voters, or Trump’s angry white army. To a certain kind of sniffy commentator, these people are basically a pitchfork-wielding crowd, clueless and toothless. But if you want to see a real mob – in the classic sense of a gang with nasty extrajudicial instincts – forget the poor and take a look at the middle-class media set. Take a look at the very people who bandy about the word ‘mob’ to describe anyone they don’t like. For it is they, ironically, who are most mob-like, and nothing demonstrates this better than their ugly commentary on the Ched Evans case.

It started in earnest when Evans was still in jail, following his conviction for rape in 2012. Petitions emerged demanding that he should not be allowed to return to football – his career – even after he’d served his time. The main petition, which got more than 170,000 signatures, said Evans’ prison sentence was ‘only a small penance’. Men who ‘commit gross acts of violence against women’ should continue to ‘pay for what they have done’ even after they leave jail, it said, and in Evans’ case this means ‘relinquishing the celebrity [he has] attained’. It was an explicit call for extrajudicial punishment, for the extension of his ‘penance’ beyond that which had been sanctioned by law. Evans should be branded forever, they demanded, echoing the medieval view that certain sinners, certain penitents, are so wicked they can never come back.

These shrill petitions explicitly called into question one of key beliefs of the modern idea of justice: that of redemption, or at least rehabilitation – the notion that punishing people forever is wrong because people can change. The middle-class mob’s instigators in the press openly trampled on the notion of redemption. In an ugly piece titled ‘The limits of redemption’, Caitlin Moran said perhaps ‘men who have raped… need to see their lives reduced to ash’ (burn them?). Even when they’re released their lives should be made ‘publicly, endlessly awful, unrelentingly humiliating, without prospect of absolution’, she said. ‘No football club should touch Ched Evans’, said Suzanne Moore in the Guardian. The End Violence Against Women Coalition said allowing Evans back into his old line of work would ‘re-traumatise his own and many other victims’, overlooking the fact that the purpose of justice is that society, not your victim, punishes you, and once it has done so you should be allowed to show you are a changed citizen.

To understand the authoritarianism of these demands for extrajudicial punishment of Evans, just imagine if the same was said of other criminals. Imagine if a Conservative politician argued that anyone convicted of selling heroin should have their lives ‘reduced to ash’ and made ‘publicly, endlessly awful’. Or if an angry Daily Mail columnist said robbers should not be ‘touched’ by serious employers lest their rehabilitation ‘re-traumatise’ all robbery victims. We would recognise the pre-modern vindictiveness of such cries for ceaseless humiliation of ex-cons. Yet the liberal set makes these demands in relation to Evans, in relation to rape, and considers it normal, even good. Rape is a serious crime of violence, of course, but surely the same civilised, redemptive attitude should apply to this crime as to others.

The mob-like behaviour of the Evans obsessives erupted again last week when he was found not guilty of rape in his retrial. Feminists took to Twitter to say ‘I believe’ the complainant. This ‘Believe the Woman’ movement discards with the need for a justice system entirely, since every complaint of rape is automatically treated as true. It’s Salem-like. One observer says, ‘There are a few fundamental beliefs that I hold, and one of them is that I believe women [who make accusations of rape]’. There’s a Stalinist feel to this, where the pointed finger is enough to establish guilt. Some feminists now argue for an end to trial by jury in rape cases because jurors lack ‘the training and awareness-raising’ necessary to understand rape. So let a single judge decide, or better still the mob: they believe rape happened, so it must have.

Why has the middle-class mob focused its extrajudicial gaze on Evans in particular? Because of who he performs for: football fans, working-class men. Perhaps the ugliest element of the polite hysteria surrounding Evans is its naked contempt for the masses who follow football. Observers have extrapolated from Evans’ behaviour on 30 May 2011 to point to ‘how sick football culture is’. A Guardian writer bizarrely used the Evans case to indict football for having become ‘awash with money’ and being consumed by ‘attitudes [that] seem rooted in the past’. Shorter version: football followers are backward. ‘[M]en, football men particularly, are not fully understanding the abhorrence and fear women have of sexual abuse’, said one observer.

‘Football men’ – who are they? They know and you know: they’re blokes who read the Sun, who don’t have PhDs, who probably haven’t had their ‘awareness raised’. They’re Those People, who, as one columnist says, are obsessed with a sport that has ‘unpleasant, wilfully damaging and dangerous attitudes’. This is why petitioners and tweeters and columnists are so adamant that Evans not be allowed to play again: because they view his watchers, the teeming terraces, as savages, basically, with unreconstructed attitudes and a stunning disregard for the feelings of women. It isn’t really Evans they fear; it’s the masses (though now they use the PC term ‘football people’). This extrapolation from the Evans case to brand a whole section of society as rapacious is indistinguishable from when racists argued in the 1970s that instances of black men raping white women showed no blacks could be trusted in society.

There has been media fury over football fans who have cheered Evans’ not-guilty verdict and who are looking forward to his return to the game. But there is infinitely more humanism and more decency in these fans’ support of Evans than there is in the ugly petitioning and scaremongering of the middle-class mob that wants one man’s life made ‘endlessly awful’ as a means of re-educating pig-ignorant ‘football people’. Those fans understand redemption and the capacity of people to change; the middle-class mob understands little beyond its own fear of the blob and its talk of ‘ash’ and ‘humiliation’ and its corresponding desire to make educational, medieval public spectacles of men who commit certain crimes.