Corbyn’s Labour is not a socialist party

Socialists don't pity or fear the poor like the Corbyn crew does. 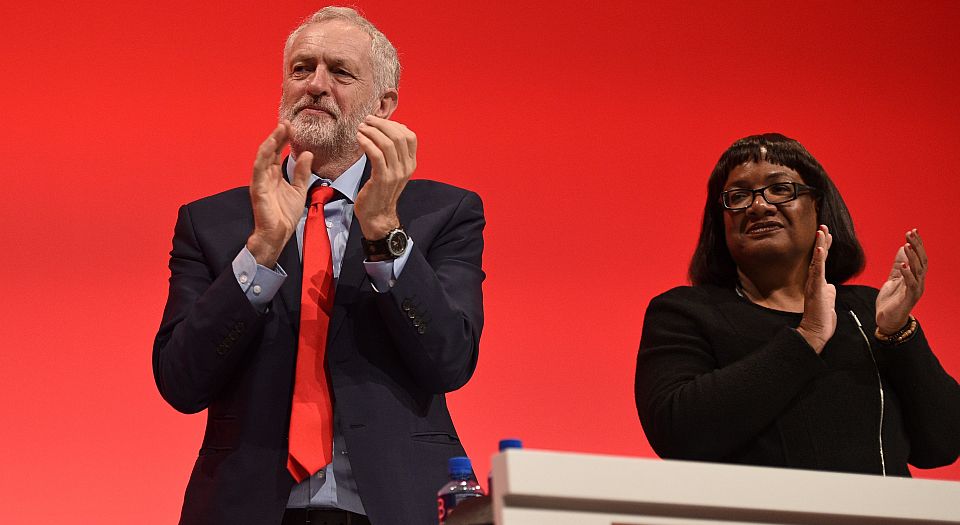 It’s now the standard narrative in British politics that the Labour Party under Jeremy Corbyn has shifted to the far left. With so many veteran left-wingers at its helm – Corbyn, Diane Abbott, John McDonnell, Seumas Milne – and with so many far-left members recruited by its shock troops in Momentum, Labour is deemed to be in thrall to some kind of a Chavist coup. It’s as if, 30 years on, Militant is back and now actually in charge. It’s as if Blairism never happened.

It would be a mistake, however, to believe – or hope, or fear – that Labour is becoming a true socialist party. This was made evident by comments from the Labour peer Shami Chakrabarti at the weekend, defending her decision to send her child to a fee-paying school while simultaneously opposing plans to bring back grammar schools, describing them as a form of ‘segregation’. It isn’t her fault she is well-off, said the unelected member of the shadow cabinet. She was trying to do her best: ‘I live in a nice big house, and eat nice food, and my neighbours are homeless and go to food banks. Does that make me a hypocrite, or does it make me someone who is trying to do best, not just for my own family, but for other people’s families too?’

Speaking loftily of poor people as unlucky charity cases is not the language of socialism. Far from sounding and behaving like dangerous reds, Labourites now resemble old-fashioned Whigs, transported 200 years into the future and given a crimson paint-job. Chakrabarti is not an isolated case. The Labour shadow cabinet is full of sincere, left-wing ex-public-school boys and girls who live in large houses and speak compassionately about the lower orders and the unfortunate and wretched of the Earth. Corbyn, Abbott, Milne and shadow foreign secretary Emily Thornberry also had their children educated privately. When it comes to education, they believe in socialism only for the poor. Those with the means can choose how to educate their children: capitalism for the rich.

Whereas true socialists believe that the working-class should think and act for itself, and in equality for all, the Whigs of old and Labour today believe the poor belong to a separate category and should be cared for from above. Benevolence and paternalism are now the order of the day within Labour, prompted by a vague sense of guilt among kindly, affluent folk.

Labour’s transformation into a Red Whig party has been taking place since the liberal revolution of the 1960s, which was a direct challenge to some of the traditional values of the British working class, but it has almost become complete today. In this decade, the British working class continues to desert Labour, a party increasingly supported by the rich and run by the rich.

Like the once great Byzantine Empire clinging to Constantinople, the Labour Party has almost entirely retreated to its last stand in north London and supporting pockets in Bristol, Brighton and Oxford – where the affluent middle-class still support Labour to atone for being wealthy, to project a public image of benevolence and cement tribal relations among likeminded souls. Labour is a detached rump party that patronises the poor, but doesn’t really like or trust them. Witness its exasperation with ‘ignorant’ Brexiteers; recall Thornberry’s horror at popular displays of patriotism in Rochester or Gordon Brown’s response to that ‘bigoted woman’ from Rochdale.

There’s often the charge today that Labour is becoming a cult. I would be more charitable. It’s now more like a well-meaning Christian church with terminally declining numbers, a place where decent, worthy people go to purge their sins in order to make themselves feel better. It’s a place where one goes to give alms to the lowly, the meek and the poor – for they shall always be with us.

The cult of autobiography

With each autumn that passes the welter of autobiographies in the bestseller lists becomes ever more imposing. What is it about this ghastly genre of writing that makes it so appealing today?

I suppose it appeals to our narcissistic, egotistical age of the ‘selfie’. The world can only be explained and understood in terms of individuals, of those ‘going on their personal journeys’. But the cult of autobiography is indicative of other factors: the cult of celebrity, of the public confessional, the notion that we are all in some way ‘damaged’, that everyone should divulge one’s ‘demons’. This Christmas, expect autobiographies from Joey Barton about his tough childhood, Jeremy Paxman revealing how much he hated his father, Peter Hook relating his troubled relationship with the late Caroline Aherne, and Bruce Springsteen recounting his years of clinical depression. Well joyeaux-bloody-Noel to you, too.

Autobiography as a genre veers between self-pity, self-hatred and self-glorification. Friedrich Nietzsche’s autobiography, Ecce Homo, is often mocked on account of its chapter titles: ‘Why I am so Wise’, ‘Why I am so Clever’, ‘Why I Write such Excellent Books’. They’re deemed proof of the impending madness that would strike him in January 1889, soon after he wrote the passages. But wasn’t the fiendish, ever-mocking philosopher saying openly what most autobiographies dare not?

People have been falling over each other on social media to laud the interventions of Hollywood actors in the US presidential race. They gurgle enthusiastically at the opinions of Robert De Niro, Alec Baldwin and Brian Blessed, each of whom has issued their mandatory message of instruction. ‘Nailed it!’, as they now say.

It’s strange how otherwise intelligent folk think that a blessing or condemnation from a Hollywood star should carry weight. Actors are literally paid to live in fantasy worlds, so what makes them an authority on the real one? Would people on the internet grant equal gravitas to celebrities in other walks of life, like Justin Bieber or Kim Kardashian? Soap stars never seem to get the respect they deserve. No one shares videos of Coronation Street’s Les Dennis offering political advice, or the thoughts of Alf Stewart from Home and Away. Perhaps David ‘Dave’ Myers and Simon ‘Si’ King from The Hairy Bikers squabble over ‘hard’ versus ‘soft’ Brexit. Shouldn’t we be told? What about weathermen or snooker players? Bill Giles and Steve Davis might have opinions on many grave matters.

The most ridiculous fraud of all? That Noam Chomsky, a grammarian, and a fine one at that, is taken seriously as an expert on geopolitics.