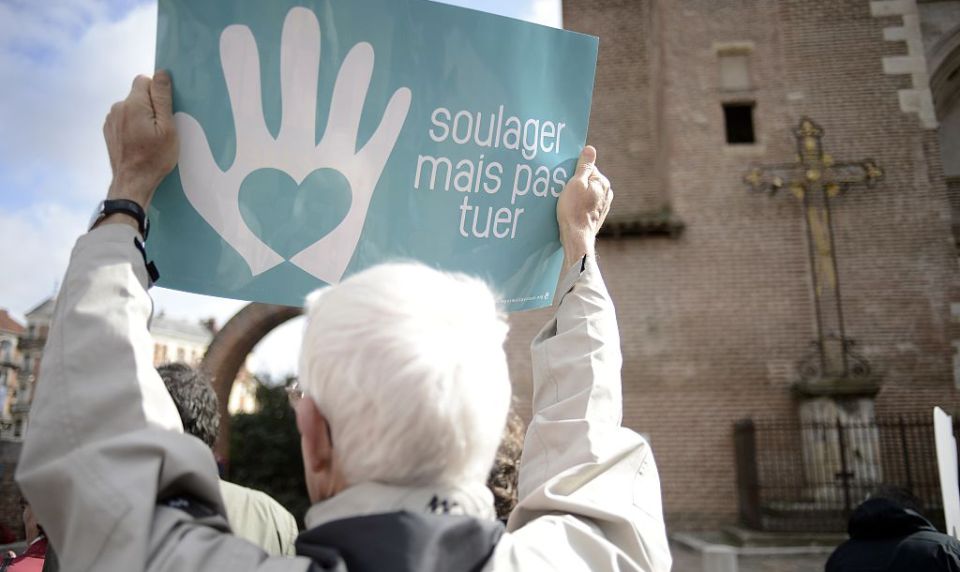 Stands of conscience often give voice to positions that deepen the moral basis of our lives.

Why does conscience matter? We all have different preferences, likes and dislikes, and they may say something about us. Stands, though, made on grounds of conscience, seem to be in an altogether different category. Conscientious objectors in time of war may, at great personal cost and against the judgement of those around them, refuse to fight. Not simply because they find the thought of killing distasteful. They also believe it to be utterly wrong, whatever the circumstances. Such a conscientious stand is not a judgement about a government’s policy. To be a matter of conscience, it must be moral judgement, drawing on beliefs about the nature of the world and the place of humans in it. Conscientious refusals to do something will always be connected with serious issues that go to the heart of what we believe about human life.

Why should we respect those who refuse to go with the majority? Should not there be one law for everyone, with no exceptions? Otherwise, people can pick and choose which laws to observe, and society would sink into chaos. This, though, ignores the process by which we in society come to agree on the standards by which we live. Democracy is only necessary as a system because we are continually faced with disagreement. We need to decide how to live together, and to do that we have to draw on the many differing conceptions of the common good that arise. That is all the more true in a pluralist society, like ours, where there can be basic disagreement about the nature of human beings, and, in particular, whether this world is all there is, or whether humans should be answerable to some transcendent reality. Religions give different visions of how we should live and what our priorities should be. They disagree about what is true, and are not just reflecting the subjective whims of individuals.

In a democracy, we cannot hope finally to settle such profound disputes, but we should be in no doubt that they are important. If, for instance, to revert to the case of the pacifist, we have a strong belief in the sanctity of human life, stemming from a religious conception that it is God-given, that, if true, is a matter that affects us all. Silencing those who wish to bear witness to such a belief deprives all of us of a potentially important insight. There is at the moment a growing and distressing tendency for many, even in universities, to silence those who disagree with them and to deny their right to voice an alternative position. The fact that they may be offended by other views seems to be enough to make them want to make sure those views are not heard. When people make a stand on conscience that is unpopular, it is a mistake in a democratic society to silence them, or to suggest they have no right to such beliefs. The pacifist witness to the importance of human life may be saying something important, even to those who feel that they have to fight a war.

In On Liberty (1859) John Stuart Mill says that ‘all silencing of discussion is an assumption of infallibility’. He argues that if someone is silenced when they wish to express an opinion, or, we may add, coerced when they try to make a conscientious stand, the rest of us, if the silenced or coerced is right, can be denied an opportunity for escaping from error into truth. If he or she is wrong, Mill says, we are then unable to have a livelier impression of truth, which might come to us precisely because of its collision with error. Those who make such stands of conscience are often giving voice to positions that should be heard. In a democracy, minorities can become majorities. The tyranny of the majority can undermine the very nature of democracy and its search for the best way of living together.

It is all the more important to respect conscientious stands when we are convinced they are wrong. Freedom of choice demands alternatives, if truth is to be found. Some may sniff at the very idea that moral concerns are about truth at all. That, though, would be ultimately to say that there is no reason to believe anything, that, in effect, any idea is as good as any other, and that perhaps the only important thing is to follow the crowd. Whatever is thought to be true for a community is then by definition true for them. That is relativism, which depends on the unpalatable view that ultimately all moral beliefs are arbitrary, liable to change, and, in the end, pointless. Anyone making a stand for conscience’s sake cannot believe any of that.

In the recent past, publicity has been given to conscientious stands in matters concerning the clash of traditional views regarding the importance of marriage and the recent advances of gay rights. In Northern Ireland, the refusal of Ashers Bakery to bake a cake with a slogan supporting gay marriage can be coupled with the reluctance of English bed-and-breakfast owners to give a double bed to gay couples. Such cases are defined not so much by a refusal to provide goods and services to people who are gay, but a reluctance to be drawn into condoning, or even promoting, practices that the business owners believe to be morally wrong. It is a question of complicity.

These may seem fairly trivial matters to those with little sympathy for socially conservative views, but the same dynamic appears in a context which is quite literally one of life and death. In Canada, a decision of the Supreme Court in 2015 (Carter v Canada) has led to the legalisation of what is coyly referred to as ‘physician-assisted dying’, namely assisted suicide and euthanasia. This is not the place to debate this very complicated issue. Indeed, the point is that the clash of different positions, stemming from different worldviews, makes for a very contentious situation. Whatever the right answer, it must be recognised that in Canada many doctors, who entered the profession to save lives, are now faced with considerable pressure to conform to the new legal situation. On pain of being forced out of their profession, they may be expected to commit what they themselves would regard as murder. The parallel with the conscientious objector in time of war is clear. Even if doctors are not made to carry out such ‘procedures’ themselves, they will be expected to make what is called an ‘effective referral’, so as to hand over the patient to a doctor who will do what is expected. Is that not complicity, suggesting approval of what is being done, and perhaps even contributing to its happening? Many would see it like that, and refuse to be drawn in.

A parallel could be a case of two armed bank robbers who enter a bank. A bank employee tries to raise an alarm, and the robbers try to stop him. One shouts: ‘Shoot him! I can’t.’ The second then does, but both are clearly complicit in the murder, whatever the reason for the first’s shout. His gun may have jammed, or he may have felt unable to kill in cold blood. Nevertheless, he may in law be as guilty of murder as the companion who actually pulls the trigger.

Complicity involves responsibility, and if someone feels inexorably drawn into approval of, and even providing help for, an action they consider morally wrong, they may feel that, in all good conscience, they have to draw back. Coercion, even by the majority in a democratic society, undermines any idea that we have of taking responsibility for our own decisions and actions. Yet such responsibility itself lies at the root of the idea of a democratic society. Even if we dispute someone’s moral judgement, forcing them to go against their conscience undermines their dignity as a moral agent. It calls into question the moral basis of democratic debate. Power, in this case the power of the majority, becomes all-important.

At the present time, one of rapid social change, it is easy for traditional moral views to be derided by those who consider themselves to be more ‘enlightened’. In serious moral disputes, they want to coerce others to conform to their own views. Yet social conformity has never been a good basis for moral insight. Whether in disputes about what is written on a cake, arguments about the nature and definition of marriage, or even disputes about the sanctity of human life, there is always more than one side to the argument. Those who care about morality and its basis should be prepared to respect positions they do not share, and, where possible, to allow a reasonable accommodation of them. They should never be prepared to force others into doing what those people believe to be wrong.