Why it's wrong to prosecute the British soldiers who fought in Iraq. 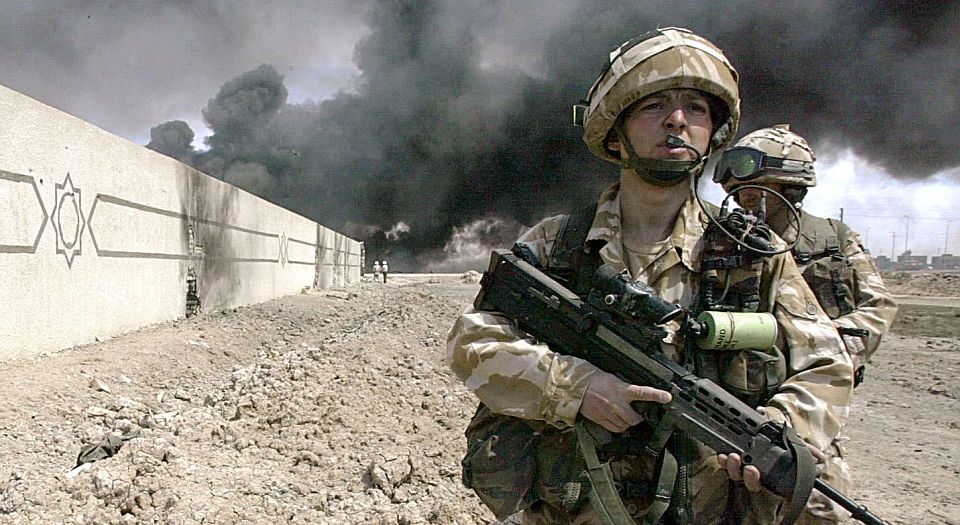 Tony Blair says the Iraq Historic Allegations Team (IHAT) should be closed down. It was established by Blair’s successor as prime minister, Gordon Brown, to investigate allegations of soldier misconduct in Iraq. Blair says British troops should not be put through the ‘ordeal’ of such investigations. This follows reports that an IHAT investigation may lead to the prosecution of three men in connection with the death of 19-year-old Said Shabram, who drowned in the Shatt al-Arab waterway near Basra after, allegedly, being forced into the water at gunpoint. This would be the first prosecution produced by an IHAT investigation.

Many view IHAT as controversial. It has been reported that David Cameron wanted it shut down, but was vetoed by the attorney general. Last week, Tory MP Johnny Mercer went public with his criticism of IHAT’s latest investigation, calling it ‘astonishing, baffling and wrong’. New Labour leader Jeremy Corbyn disagrees, saying investigations must continue and British soldiers must obey ‘international laws’.

It feels weird to say this, but I agree with Blair. The combing over of the Iraq War is morbid, and immoral. Those who are politically opposed to a war should not express their opposition through calling for litigation against or public shaming of the soldiers involved. Huge numbers of people now recognise that the Iraq War was a colossal mistake. But it is deplorable to try to rectify this mistake by promoting the prosecution of the predominantly working-class young men who fought in that war but did not instigate or lead it.

The scale of IHAT’s inquiries is absurd. The number of allegations under consideration is described as ‘industrial’. It is thought these investigations will last until at least 2019. The law firm that submitted many of the cases has since lost its legal-aid contract because so many of its allegations were spurious. The firm was referred to a disciplinary tribunal, along with another firm, following the findings of the Al-Sweady Inquiry, which was also established to consider claims of mistreatment in Iraq.

Many of the complaints submitted to IHAT consist of truly harrowing stories. They include not only allegations of manslaughter and murder, but also requests to investigate missing children taken into the army’s care. It is completely understandable that Iraqi people want answers. But it’s clear that many of these claims have no hope of being favourably resolved. It has been revealed that some of the complaints were made by members of enemy forces. It is tragic that many serious complaints have been bundled in with a huge number of spurious claims.

Of course, things happened in those wars that would make any civvy feel queasy. But you don’t have to be a soldier, or even a supporter of the army and its activities, to understand that war suspends the normal standards of moral behaviour. It is unfair and wrong to pretend that the tragedy of these wars can now be corrected thorough the courts.

It’s not surprising IHAT has had little success. It has so far discontinued 58 cases involving allegations of unlawful killing, and 13 cases involving allegations of ill-treatment of detainees. Only two cases (one of unlawful killing, and one of ill-treatment) were referred to the director of service prosecutions, and in both cases he declined to prosecute. It would be absurd if a situation was created where the first thing soldiers thought about after a gunfight was ensuring they had enough evidence to clear their name if they later find themselves in court.

We should end these absurd investigations. Yes, Iraq was a catastrophe that killed huge numbers of people and destabilised a region for a generation. But venting political spleen about a war through litigation is wrong. It is scapegoating. Blame for those wars should be laid at the feet of those who orchestrated them, not those who fought in them.