The truth about those ‘Brexit lies’ 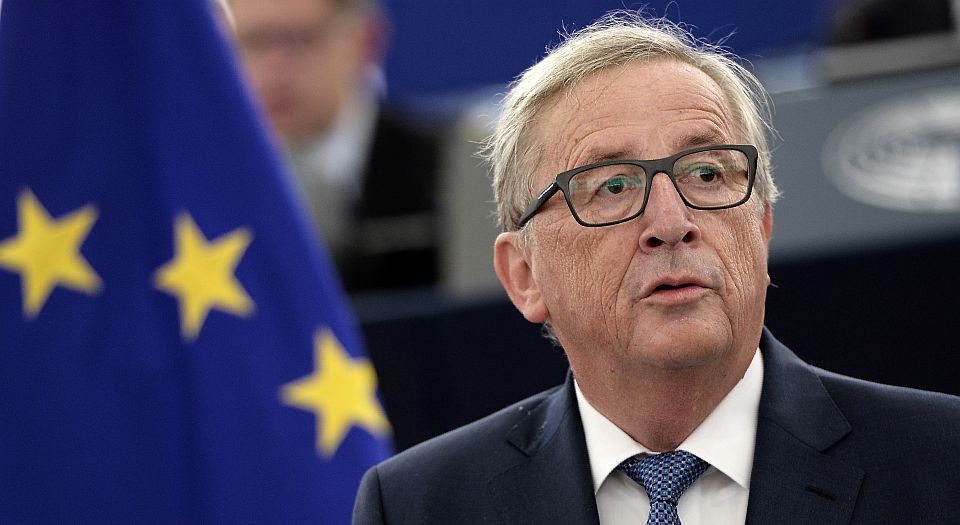 After all the agonising over what was behind the Brexit vote, we finally have the official answer from Jean-Claude Juncker, president of the European Commission. It turns out that the majority of British voters backed Leave in the June referendum because ‘something was wrong in Britain’. Apparently what was wrong was that, ever since the UK joined the forerunner of the European Union in the early 1970s, Britain’s politicians have been spreading lies about the evident wonders of the EU.

‘If, over 40 years, you are explaining to your general public that European Union is stupid, that there is nothing worth… you can’t be surprised that the day you ask people “do you want to stay or do you want to leave?” that a too high number of British in this case expressed the view that it is better to leave’, Juncker told a French youth YouTube channel last week. ‘On Europe, there are so many lies, so many half-truths that are circulated around, that one cannot be surprised.’

Let us leave aside for a moment Monsieur Juncker’s surprising claim not to have been surprised by the Brexit vote, when the entire political class in the UK and Europe was gobsmacked with astonishment by the audacity of the electorate. His point is that British politicians have all been anti-EU liars and – more importantly – that British voters have been naive and gullible enough to believe their lies and half-truths.

Juncker says the problem is that we have been told ‘that European Union is stupid’. By implication, the bigger underlying problem is that 52 per cent of us must have been ‘stupid’ enough to swallow it. Indeed, Juncker appears certain that most of the British public are sufficiently stupid to accept automatically whatever nonsense they are told. Why else would he not be surprised by the outcome of what he sees as a transparently dishonest campaign?

Monsieur President’s intervention removes the mask and makes clear the anti-democratic prejudice which motivates the EU elites’ response to the Brexit vote. They do not trust the mass of voters because they believe we are too unintelligent and emotional to make decisions on important issues. And they do not trust elected governments either, because they think politicians only win elections by pandering to the base appetites and instincts of the vulgar voters.

Like every leading anti-democrat since Plato, the political elites of Europe believe that matters of government are far too complex and sophisticated to let the governed have a say, and are best left to the experts and authorities. As Juncker himself once said, in his previous life as prime minister of the Grand Duchy of Luxembourg (before becoming Duke of the Grand Duchy of Brussels), ‘We all know what to do, we just don’t know how to get re-elected after we’ve done it’. Better by far not to bother the masses’ little heads with such democratic nonsense as elections and referendums at all.

Juncker’s arrogant remarks have attracted some well-deserved flak from the Brexit camp. It is important to appreciate, however, that the widely reviled EC president is not the problem. He was giving voice to the anti-democratic prejudice about lying ‘populist’ politicians and stupid voters that is common across the political and cultural elites in Europe and the UK itself.

It is the same bigoted view of the ignorant, misled masses that is behind the various campaigns, petitions and court cases demanding that wise MPs and wiser lords in parliament overturn the brainless popular vote for Brexit. It is the same prejudice revealed in the remarkable focus-group findings that some Remain voters believe some of their Leave-supporting counterparts were ‘stupid and shouldn’t have the vote’.

It is the same prejudice that has the UK’s Electoral Reform Society making the Orwellian-sounding proposal for an ‘official body… empowered to intervene when overtly misleading information is disseminated’, to declare The Official Truth and protect gullible voters from themselves. And it is the same widespread, top-down prejudice that prompts a leading Belgian academic to publish a new book entitled Against Elections, only to be trumped by an American professor’s new tome, Against Democracy.

If anything looks ignorant or misinformed in this discussion, it is Juncker’s claim that influential British politicians have been spreading anti-EU ‘lies and half-truths’ for more than 40 years. Since the UK joined what was then the European Economic Community in 1973, no government has advocated leaving. The last time any major UK political party included a commitment to leave the EU in its election manifesto was Labour’s 1983 ‘longest suicide note in history’, which resulted in a devastating defeat. In the June referendum campaign, the leaders of every mainstream party – including that supposed longstanding Eurosceptic, Labour’s Jeremy Corbyn – backed the conformist Remain campaign.

The popular Brexit vote looks far more like a spirited revolt against discredited and two-faced politicians than any tame acquiescence to their instructions.

As for the ‘lies’ that supposedly informed and decided the referendum campaign… There were of course exaggerated claims and flights of fancy on both sides: from the official Leave campaign’s fantasy extra £350million a week for the NHS to the Remain campaign’s horror stories of imminent economic depression; from Boris Johnson’s comparison of the EU with Hitler to David Cameron’s warning that Brexit would delight ISIS and could start the Third World War.

Much of this is the normal cut-and-thrust of heated political debate in an electoral firefight. Voters do not need to be protected from such stuff by the wise men and women of the European Commission, or any other ‘official body’ set up to decide The Truth on our behalf. What voters need is to be left alone to listen to all the arguments, join in the debate as they see fit, and ultimately decide for themselves what they consider to be truly in their, and their society’s, best interests. In this sense, the EU referendum vote looks like the best advert for the virtues of popular democracy, rather than its opposite.

Leaving aside their elitist proposals for sanitising future referendums, the Electoral Reform Society report on the campaign contained two powerful insights, based on their discussions with voters.

The first was that most voters had a ‘highly negative’ view of both useless official campaigns, and said the top politicians’ appeals had made ‘no difference’ to how they voted in the end. Where there had been any effect, it was most often the opposite of what the politicians intended; the interventions by top Remain-backing figures, from Cameron and Corbyn to Nicola Sturgeon and Barack Obama, had all marginally made people more likely to vote Leave.

The second insight, rather begrudgingly reported by the ERS despite its criticisms of the campaign, was that it had heard ‘time and again’ from people who felt the EU referendum was the first time their vote ‘had truly counted’. The majority decided for themselves what the truth was about the undemocratic EU, and made their choice in defiance of whatever ‘lies and half-truths’ were flung at them by the political class.

It seems the EU referendum was a rare modern example of democracy that means something real, where votes ‘truly count’, because it is lived by the masses who take part in the moment. And that is why, three months on, the democracy-fearing elites of Europe and the UK still cannot handle the truth about what happened on 23 June.