Students, resist SU coddling and insist on being treated as adults. 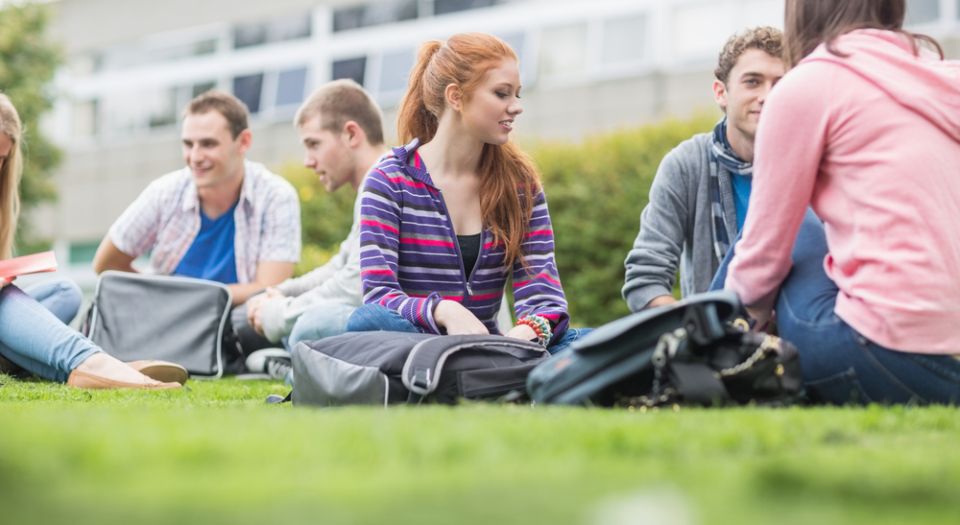 ‘How to survive freshers’ week.’ It wouldn’t be a new academic year without a procession of these wobbly lipped guides offering new students a hand in negotiating the supposedly scary world of university life. This year is no different, with student websites and magazines offering such sage advice as ‘Trust us, you’ll get homesick at least once… give your mum a call and everything will be okay’; ‘Never, ever leave your drinks unattended at any time’; and ‘If all else fails, you can always fall back on the excuse that you have work to do when you feel the need for alone time’. You’d be forgiven for thinking freshers’ week was a horrendous ordeal.

But these babying how-tos, the assumption that freshers’ week is something to endure rather than enjoy, are only the softest expressions of an increasingly infantilising campus culture. Today, new students are not treated as adults, embarking on a new and exciting chapter in their academic and personal lives – they’re treated as children in need of constant coddling. British students’ unions, crosses between mini GDRs and oversized crèches, now believe it is their job to micromanage every aspect of students’ lives, from what they can read, hear or say to what goes on in their private lives – flinging STD tests, mental-health leaflets and Safe Space policies at anyone who passes by.

As demonstrated by spiked’s Free Speech University Rankings – which is set to publish its third annual survey in February – campus censorship is an epidemic. Students’ unions have always had an authoritarian streak. Since the birth of the National Union of Students’ (NUS) No Platform policy – which bans fascists, racists and extremists – student politicos have tried to protect students from dodgy views rather than trust them to challenge them. But, over the past few decades, the logic of No Platform has spread and spread. Today, even feminists, anti-racists and gay-rights campaigners find themselves kicked out of the Safe Space – the bastard child of No Platforming, which sees any controversial view as a physical threat.

But the rot runs deeper. The idea that students are too soft-headed to engage freely with ideas is just the most headline-grabbing aspect of a profound undermining of students’ capacity to negotiate campus life for themselves. Just look at Oxford University Students’ Union’s ‘Race 101’ workshops, aimed at promoting ‘racial awareness’ to students new and old, which are returning for a second year this freshers’ week. The unending war on racist speech on campus – about the last place you’d expect to find it – has morphed into a policing of black and white students’ interactions. Racism is no longer considered a set of beliefs, an ideological force; rather, it is viewed as an unintended byproduct of social interaction, of ‘unconscious biases’ and ‘microaggressions’.

And if you thought freshers’ week was a time for students to copoff as they pleased – free of having to whisper lest mum and dad wake up – then think again. Sex is no longer treated as a passionate, private interaction between hormonal yoofs – no, apparently it’s a minefield you need SU-approved guidance to navigate. Sexual consent classes are mandatory at universities including Oxford, Cambridge, Sheffield and Warwick – backed up by scaremongering NUS statistics about campus sexual assault that have been thoroughly debunked on spiked and elsewhere. The view of today’s students is so low that even this most private arena of campus life has been thrown open to creepy outside intervention.

If after all those workshops students quite fancy a drink, then there, too, they will find a wagging SU finger. In what is perhaps the most absurd aspect of the transformation of campus life, students’ unions – whose primary obligation has always been to provide cash-strapped students with cheap booze – have launched a series of anti-alcohol initiatives. In 2011, the NUS adopted minimum pricing, and has since signed up 20 SUs to its ‘Alcohol Impact’ scheme, which is aimed at ‘creat[ing] the conditions for a social norm of responsible alcohol consumption by students’. Now, SUs are offering teetotal freshers’ events – such as salsa classes and quiz nights – to keep students off the demon drink.

But it is the rise of mental-health initiatives that most brings the war on student life into sharp relief. Mental-health and wellbeing services on campus have proliferated in recent years. The NUS now claims as many as 78 per cent of students experience mental-health problems. But dig down into the data and you see that the NUS is mainly talking about ‘feeling down, stressed and demotivated’. The ups and downs of adult life have been redefined as serious problems, leading to a cloying and blatant infantilisation of students. Puppy rooms, petting zoos and plant-potting classes are offered at campuses across the country to help stressed-out students through the day.

Today, students are patronised at every turn. They are told what views they may hear, how they should interact with one another, how much they should drink, and, most chillingly, that they’re all – to some extent – mentally unstable. And though SU meddlers lead the charge, they do so with the backing of universities themselves and the government. While PM Theresa May caught headlines last week for decrying Safe Spaces, the government Prevent Strategy continues to chill free speech on campus in the name of tackling extremism. And a government inquiry into campus lad culture – a moral panic fomented by the NUS – is due to be published next month.

This reflects a remarkable shift in our conception of students and young adults. What once made student life so enticing – that it was a space reserved for intellectual, political and personal experimentation – is now being cast as fraught with risk. Fully grown adults are being told that they need campus officials, counsellors and, when all else fails, government ministers to give them instruction in all aspects of campus life. The campus-censorship machine – which will no doubt kick back into gear this freshers’ week – is just a symptom of the crumbling of something more profound, the principle that underpins freedom itself: moral autonomy.

If you’re a new student, hoping to ‘survive’ this freshers’ week, then you should refuse to be patronised. You should insist that you are an adult, capable of making your own decisions. And you should keep an eye on spiked. This freshers’ week, as part of our Down With Campus Censorship! campaign, our writers will be waging a war of words on campus authoritarianism. We’ll be taking apart the panics around mental health, sex, booze and censorship, and sticking up for students’ right to learn, speak, think and drink freely. Students today aren’t just fighting for the right to speak their minds, they’re fighting for the right to be considered free, autonomous beings. Here’s hoping that, this year, they make their presence felt.

Tom Slater is deputy editor at spiked and editor of Unsafe Space: The Crisis of Free Speech on Campus. Follow him on Twitter: @Tom_Slater_

Find out how you can get involved in our Down With Campus Censorship! campaign here.