‘First they came for Gawker, and I did not speak out…’

Freedom of the press and the web faces new threats in the US and UK. 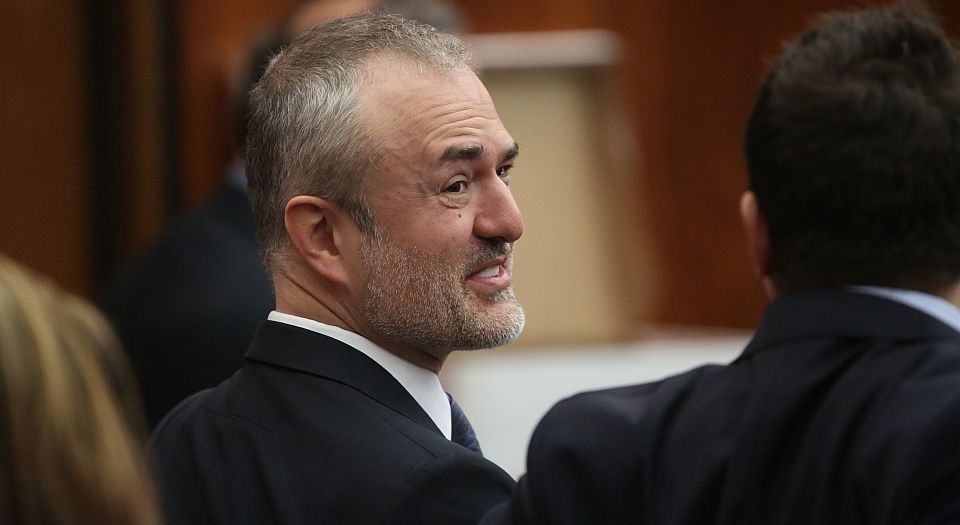 Gawker, the muck-raking, dirt-digging, mud-slinging internet magazine, has just been forcibly closed down. It was not found guilty of threatening America’s national security, or corrupting the nation’s youth. Instead, Gawker was put out of business for publishing true stories that some people found offensive. One of those offended people happened to be a Silicon Valley billionaire, who used his wealth and power to shut Gawker’s irreverent mouth as surely as if he had been a Third World tyrant sending the cops to close a dissident newspaper.

But this is more than an outrageous tale of a thin-skinned rich boy. Gawker’s demise is only the headline in a bigger story about a campaign to tame press freedom, online as well as in print, and to sanitise the news media. It is a campaign being led on both sides of the Atlantic, not by old-fashioned censors, but by a new alliance of illiberal-liberal prigs who want to ‘ethically cleanse’ the media of whatever is not to their refined taste.

In the US, the Gawker case was pursued by a leading member of what has been described as the New Establishment of hi-tech business moguls – Peter Thiel, star player in the New Republicanism, whose ‘proud to be gay’ speech was cheered by Trump supporters at the party convention. At the same time in the UK, we are witnessing the latest steps towards setting up a new state-backed regulator designed to keep unruly tabloids and websites in line. The wannabe press policeman, Impress, is backed by a cross-section of the Great and the Good, from luvvies and lawyers to multi-millionaire Max Mosley and the left-wing leadership of the National Union of Journalists.

The prosecution of Gawker ostensibly centred on the website’s publication of excerpts from a sex tape involving celebrity wrestler Hulk Hogan. But, as previously detailed on spiked, there was far more going on behind the screen. Hogan’s legal case has been secretly directed and bankrolled by Silicon Valley billionaire Thiel, a venture capitalist who co-founded PayPal, was the first outside investor in Facebook, and still sits on the board of that web giant. The aim of the lawsuit was not so much to protect Hogan’s long-gone privacy, as to publicly humiliate and close down Gawker.

Thiel effectively used Hogan as a human shield for his war on Gawker. He has been determined to silence the website ever since 2007, when they defied his orders and reported that Thiel is ‘totally gay, people’ – even though his sexuality was apparently well known, and now appears to be his proudest boast. The first attempt to sue Gawker over the sex tape using US copyright law was knocked back by a judge who found that there was a ‘public interest’ defence for publishing excerpts from a tape that was already the subject of public debate and widespread comment, including by Hogan himself. Then Thiel’s legal team changed tack and went after Gawker for invasion of privacy. They won, the court awarded damages of $140million, and Gawker has now sunk beneath the weight of that punitive judgement.

There are fears among supporters of web freedom in the US that this case has set a dangerous precedent. For more than 50 years it has been almost impossible for rich and powerful public figures to sue their press critics for libel in the US, unless they could prove that the publication was motivated by malice. Now others may follow Thiel’s lead in taking up the cry of ‘Privacy!’ as a handy stick with which to beat down the First Amendment protection of freedom of speech and of the press.

Yet Thiel claims that bankrolling the Hogan case is ‘one of my greater philanthropic things I’ve done’. This is typical of a time when the illiberal liberals who want to sanitise public debate will never admit that they are against freedom of speech or of the press. Instead, they will insist that they are defending the rights of others, to be protected from offensive or insulting speech; thus Thiel portrayed himself as on the side of the victims of hate speech, accusing Gawker of ‘hateful bullying’. In the perverse Newspeak of today, high-handedly closing down a raucous website can be depicted as a humane blow for freedom.

Meanwhile, back in the UK, leading illiberal liberals have been busy advancing their own crusade to tame the press and the web. Events last week brought things a step closer to implementing Britain’s first state-backed system of press regulation since the abolition of Crown licensing more than 300 years ago. Yet this authoritarian scheme is also being justified in the modern language of defending victims’ rights.

For five years, spiked has highlighted how opponents of press freedom have used the historical phone-hacking scandal at the defunct News of the World tabloid as a pretext to pursue their crusade against the popular press. Through the celebrity-fronted Hacked Off campaign and Lord Justice Leveson’s high court showtrial of the tabloids, they used high-profile hacking victims as Hogan-style human shields behind which to advance their press-caning cause.

Shortly after the official report of the Leveson Inquiry called for state-backed regulation of the press, the leaders of Britain’s political parties did a late-night deal with Hacked Off to create an official regulator endorsed by a Royal Charter and backed up with the legal threat of heavy financial punishment.

Now their plans are close to fruition. A body called Impress, financed by former Formula One executive Mosley (who has been out for revenge ever since the News of the World ran a story about his involvement in S&M parties) has applied to be recognised as the regulator under the Royal Charter. Impress has only signed up a handful of relatively small publications and websites to be regulated by it (unsurprisingly, no national newspaper seems keen to submit to a right royal thrashing). More importantly, however, it has the support of many influential tabloid haters among the illiberal liberal elite.

As Peter Preston, one rare voice for press freedom in the liberal media, observed in the Observer last Sunday, the process through which Impress is being auditioned for the role of ‘independent’ regulator by the official Press Recognition Panel rather gives the game away:

‘Here was a panel run by a former founding member of the Legal Services Board, with the chief executive of the Professional Standards Authority, a former communications director to deputy PM Clegg and a former founding partner of Ofcom (among former others) preparing to decide on the application of the Impress board led by a former chief of the Financial Ombudsman Service, chosen by an appointments commission which included the first, now former, chief executive of the Legal Services Board.

‘All a little heavy on professional regulators, lawyers and media academics, you may think. A closed circle of “independence”.’

The endorsement of Impress as our new press regulator by appointment to the Crown was set back a couple of weeks while the panel tidies up some details. But the writing is surely on the graffiti-free wall.

The intention of Impress and its supporters is clear enough. They want to cleanse the media of whatever is not deemed to be in ‘the public interest’ – as defined by regulators and judges, of course, rather than by the public. They are determined to police the web as well as print. And as their draft code makes clear at the top, their rules are to be ‘Enforceable by regulation’, as proposed by Lord Justice Leveson’s inquiry/inquisition.

This is no idle threat. Laws are already in place which mean that, once an official regulator has been recognised by the Royal Charter, any publications not signed up to it can be hit with punitive damages in a court case and forced to pay both sides’ costs, even if they win. So it is up to you whether or not to bend the knee to the new regime. But there could be a heavy price to pay for freedom.

The danger now is surely that other publications will be less bold in defying the sanitisers. From the end of Gawker to the rise of Impress, the freedom to publish, read or watch what you choose is facing new threats on both sides of the Atlantic. Those who claim to be for press freedom, ‘but…’ not for gossip-mongering websites or scurrilous tabloids, have forgotten the meaning of liberty, if they ever knew it at all.

As spiked has argued throughout the controversies of recent years, freedom of speech and of the press are indivisible liberties that we defend for all, or not at all. Freedom is not like charity, to be handed down only to the deserving, and you do not get to pick and choose who has the right to publish and be damned.

Many of the great battles for press freedom have historically been fought down in the muddy lower battlefields of gossip, scandal and sex, rather than on the higher planes of ‘public interest journalism’. Few if any of the true heroes of those historic battles would have qualified as ‘ethical journalists’ in the eyes of today’s media elitists.

And, in any case, one person’s scurrilous gossip is another’s hard news story. Few of the illiberal liberals looking down their noses at Gawker’s antics expressed similar qualms about the ‘respectable’ media publishing documents obtained through questionable methods, whether it was the Wikileaks security revelations (which also contained salacious details), or the mass of personal Sony emails hacked and leaked in 2014.

We might also recall that it was another website from the Gawker stable, Gizmodo, which revealed the way that Facebook’s news team was weeding out stories that did not suit the conformist views of Mark Zuckerberg, the site’s founder and Peter Thiel’s fellow director. That is the sort of dirt-digging they really find distasteful.

The latest bureaucratic attempt to police the press and web in the UK highlights again the contrast with the US. Where they have the 14 words of the First Amendment to the US Constitution – ‘Congress shall make no law abridging the freedom of speech, or of the press’ – we are stuck with the legacy of the one million-word Leveson report about how and why our authorities should do precisely that.

Yet the Gawker case also confirms that even the paper principles of the First Amendment cannot provide absolute protection for those precious liberties in the real world (even if Thiel’s mate Donald Trump never acquires the power to weaken it, as he has pledged). It is more important than ever to take a stand for the unconditional liberty to tell the truth as you understand it, including the freedom to gawk, gossip and offend the high-minded ‘but’-heads.