After Brexit, the fury of the Fringe

In Edinburgh, liberal comics’ contempt for the masses has been laid bare. 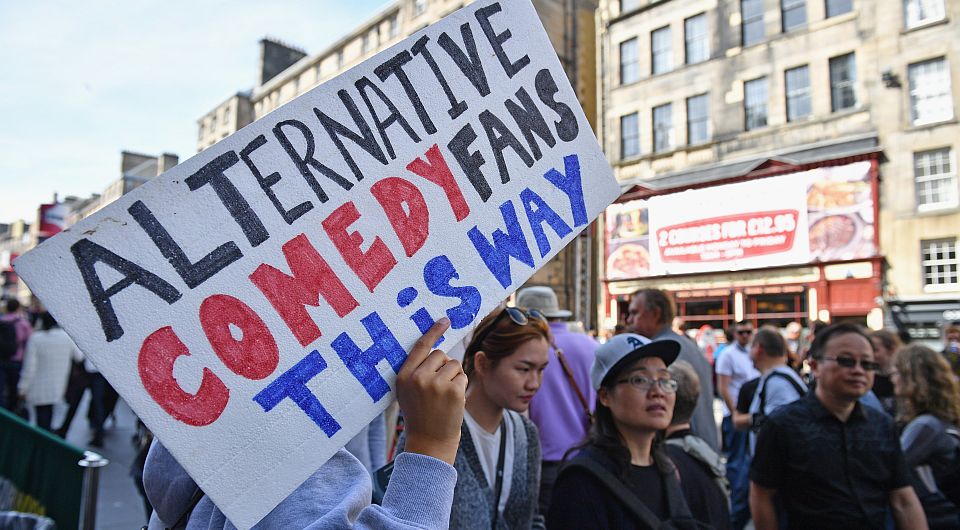 There’s a running joke at the Edinburgh Fringe this year. Whereas in previous years, comics would spend months writing, honing and tearing up material before daring to try it out at the mother of all comedy festivals, this was the year that everyone was working up to the deadline. Like most Remainers, the liberal-left-leaning comedy set thought Brexit would never happen. But five weeks before the start of the festival, they found all their material to be desperately, pointlessly out of date. Just as Brexit was a bloody nose to a complacent, aloof political establishment, the comedy set also got a knock this year.

Like popstars, filmstars or celebrity chefs, liberal comics have always served up bien pensant politics without any of the garnish. There are no concessions, no nodding to the ‘reasonable concerns’ of the electorate, just pure anti-masses fury. And that’s what has made this year’s Fringe so fascinating, and often quite bleak. Fringe doyenne Bridget Christie planned a show about mortality this year. After five weeks of furious rewriting, her show is her most political yet, pouring scorn on a divided, post-Brexit Britain. ‘Everybody has to admit that there were a lot of people who voted leave for not noble and legitimate reasons’, she told the Guardian, at the beginning of her run.

Nish Kumar devotes the second half of his show, Actions Speak Louder Than Words, Unless You Shout the Words Real Loud, to the referendum. ‘Not all Leave voters are racist, but…’ would have been a more apt, or at least shorter, title. His show culminates in a shocking story about him being told to ‘go home’ while onstage on referendum night. Despite the fact that everyone else in the audience told the heckler where to go, he still paints a gloomy picture of a Britain about to kick into a goose step. The fact that, for so many of us, Brexit was a liberating, democratic moment, isn’t even countenanced.

The great paradox of the post-alternative-comedy set is revealing itself for all to see. For so long, leftish comics have reveled in being more enlightened, more ‘aware’, than the blob, while posing as the guardians of the little guy, as thorns in the side of the establishment. Brexit has shattered the illusion. Though it’s a bit tricky calling comics still scraping by on club gigs and Super Noodles paid-up members of the ruling class, there’s now no escaping the fact that they’ve sided with the elite. Their worldview chimes more with the Remain-supporting political, media and capitalist class, than it does Dave down the pub. More than ever, Edinburgh is an escape from reality.

A few against-the-grain voices are beginning to grin through. Andrew Lawrence returns to the Assembly Roxy this year with his Hate Speech Tour, a show devoted to skewering PC. Lawrence was excommunicated from the Fringe fraternity two years ago for a Facebook post expressing sympathy for UKIP and slamming gender quotas on panel shows. His tiresome tendency to play the PC brigade at its own, hysterical game aside – he revels in histrionic tirades against the civilisation-destroying power of the dreaded SJWs – he’s a welcome challenge to the Fringethink. As is Geoff Norcott, whose show Conswervative is aimed at explaining why he, the working-class son of a trade unionist, ended up voting Tory, and voting Leave.

‘I know I’m behind enemy lines. But I’m learning how to provoke and cajole the audience. Which I think is healthy’, Norcott told me, in between shows, last week. ‘There is a schism between the liberal-left and the public’, he says, which, for a Leave voter on the other side of that divide, has served up a wealth of material: ‘Remainers said that Leave voters were thick. And then they hold a march after the vote. I didn’t need to embroider that much.’ Conswervative, however, is a conciliatory show, featuring a ‘heckle amnesty’, where the audience can snap back at him. ‘I don’t want to preach to the converted, and other comics have been nothing but supportive.’

It’s all too tempting to smear the Fringe set as a bunch of fuming, right-on belligerents. Mainly because many of them are more than willing to play the part every night onstage. The PC conformity of the Fringe has, of course, long been a running joke, with the more self-aware comics rinsing the festival as a sleep-away camp for London’s luvvies where a laugh is a sign of agreement, rather than amusement. But, post-Brexit, it’s no longer so easy to laugh it off. The sense of aloofness and elitism, the sense that the Fringe is more of the establishment than against it, is stark this year. As is the lack of left-wing voices – with a few noble exceptions – who are willing to confront comedy’s identity crisis head-on.