The age of belligerent victimhood

From BLM to feminism, too many want to play the victim. 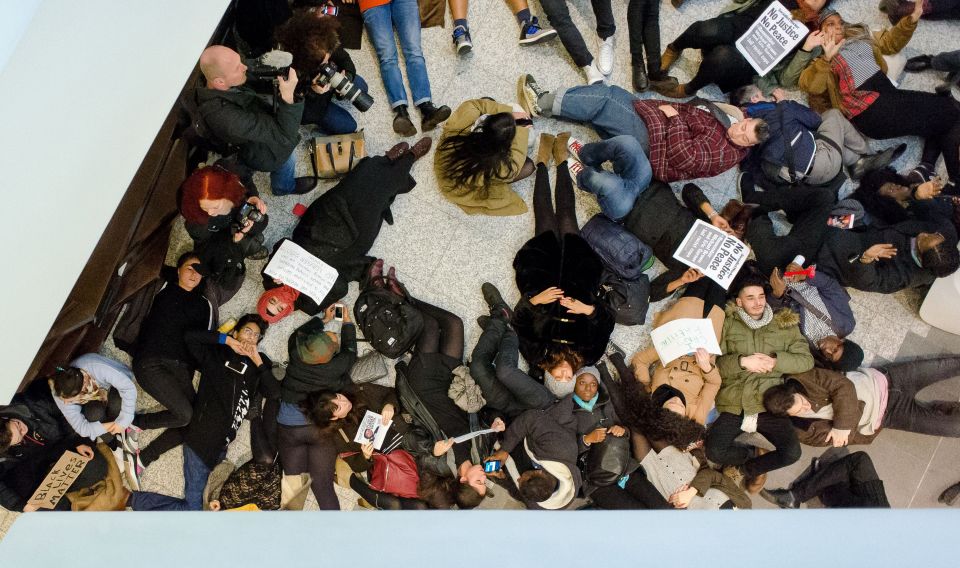 It is often said these days that we live in an ‘age of rage’, a time of righteous fury that comes in multifarious guises: Islamic fundamentalism; hard-right populism and left-wing Chavism in America and Europe; the Black Lives Matter (BLM) movement; censorious students; extremist gender-politics warriors; and, as witnessed after the Brexit vote, youthful anger directed against the Baby Boomer generation.

This ‘age of rage’ is invariably explained as a consequence of the widening global gap between rich and poor, complicated by the fault lines of race, gender and age. Basically, if you’re a white, old heterosexual, you’re deemed the essence of evil, the acme of privilege.

How strange then, that, with the possible exception of popular populism, the agents of rage today are rather privileged themselves. BLM, No Platform, belligerent feminism and trans activism are all decidedly middle-class affairs led by middle-class people. Consider BLM, in which Public Enemy’s solidly middle-class Chuck D epitomises its demographic and ethos; or Islamists who, more often than not, come from affluent backgrounds as they do from the ghetto, intoxicated by the promise of a life more exotic and less cossetted than their own – Osama bin Laden is their epitome; or Momentum and Corbynism, which, as hobbies for the guilt-laden rich, are movements almost entirely alien to the British working class; or the youth who spilled on to the pavements after Brexit to berate their elders – they hailed not from Grimsby or Salford, but from affluent parts of London, furious that the old had ‘squandered their inheritance’.

Today we live not so much in an ‘age of rage’, but in an age of tantrums, fuelled by the spoilt, privileged and make-believe victims. This is why they use babyish language, such as ‘being offended’ or ‘being hurt’ by what other people say. They have Safe Spaces and trigger warnings. They speak the language of passive victimhood, not revolutionary activism.

Islamists excel at this rhetoric of victimhood, framing their violence as a reaction to ‘the Crusaders’ or evil Israel, each forever trying to oppress them. Whenever there is an ISIS-type massacre, Islamist apologists always try to make it about them: how they couldn’t but help be provoked by offensive cartoons. Like children.

With its rhetoric of ‘powerlessness’, Black Lives Matter brandishes its victimhood credentials openly, portraying blacks in America as helpless objects. And gay and feminist activists still see oppression everywhere, even though, in the West, we have never been more egalitarian and tolerant in outlook when it comes to sex, sexuality and gender.

This is the age of belligerent victimhood at the behest of the affluent, people, that is, who, not being materially downtrodden, seek self-justification through portraying themselves as wronged. This has always been a cast-iron means to attain moral superiority. In 1886, Nietzsche noted ‘the spiritual haughtiness and disgust of every human being who has suffered deeply, that by virtue of his suffering he knows more than even the cleverest and wisest can know… Profound suffering ennobles.’ (1)

The politics of belligerent victimhood is not the cry of the oppressed. It’s special pleading for groups who think no other has had it worse than them. It is the indulged wail of the self-pitying, simpering adolescent who asks ‘Why does everything happen to me?’, who protests ‘I wish I’d never been born!’.

I have been doing jury service this week. Even if I was not legally forbidden from revealing details of the cases involved, I still couldn’t tell you anything about my experience in court, as I have yet to be summoned to any case. The last four days have been spent in the jurors’ waiting area. I understand this isn’t unusual. I was told to bring reading material in this eventuality. What they don’t tell you is that by ‘bring something to read’, they mean War and Peace or The Brothers Karamazov.

So far it’s been a very modern affair. Much to my disappointment, jurors aren’t obliged to dress formally anymore. This is a shame. I always find a suit and a tie adds purpose and seriousness to one’s demeanour and outlook. The only sartorial rules are that one shouldn’t wear clothes deemed too revealing or which bear offensive slogans. Hats and headwear in court are permitted only on religious grounds.

The court system caters for those of all religions and none, as you are allowed to take a traditional oath, to ‘swear by Almighty God’, or an ‘affirmation’ in which the deity isn’t mentioned. I hope to take the former. Englishmen have been swearing an oath by God on juries for centuries and I like to think I am continuing a historical duty. The importance of the oath is, first and foremost, its performance and its utterance in front of 11 of your peers and the court, not its literal truth.

This is why I can’t get exercised either about the Common Era as an alternative to AD – a favourite pastime of pedants and ghastly old bores. Few of us these days think we are actually living 2,016 years in the year of Our Lord, and even Christians know the dating is wrong. I imagine the literal-minded get upset, too, about etymology, seeing the word ‘sinister’ as an affront to left-handed people, or days of the week named after pre-Christian gods. ‘Friday?’ they grind their teeth. ‘No, it’s manifestly not a day belonging to the Anglo-Saxon goddess Frige. Let’s be shot of this outdated Germanic, pagan nomenclature, which is wholly inappropriate for our vibrant, multicultural 21st-century Britain. It’s called “Fifthday”.’

The mindlessness of mindfulness

This will come as no surprise to those who remember the Sundays of our early 20s, when we were mostly incapacitated by hangovers and sought relaxation and restitution through TV documentaries – preferably on history, nature and war. These findings also confirm my suspicion that ‘mindfulness’ is a mere fad, and a brainless one at that. At least documentaries enrich minds, rather than empty them.

The path to wellbeing in mind and body is well-known and age-old: eat healthily, take exercise and don’t ingest poisons. I have recently started walking for at least an hour every day, which I find stimulating. It’s on these walks where ideas come into one’s head. It’s on such walks that I mentally compose most of my articles, including this one.