The ANC has disillusioned a nation

Young and rural blacks are rejecting the African National Congress. 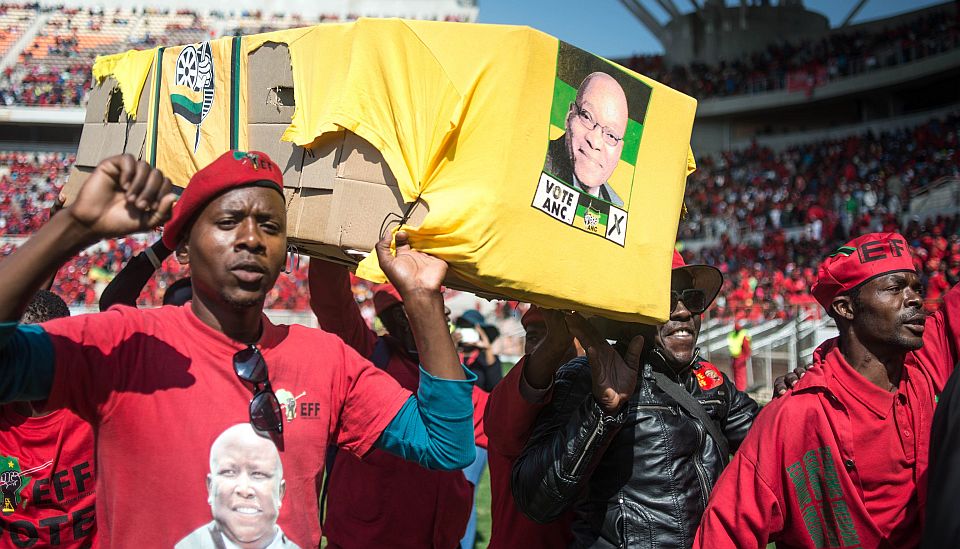 The results of South Africa’s local government elections show a widespread rejection of the ruling African National Congress rather than positive support for any other political party.

The ANC still has control of the majority of the provinces. And it won 54 per cent of the national vote. But it has lost control of four major metropolitan areas, three of which provide South Africa with much of its GDP. Notably, the Nelson Mandela Bay ward, in the city of Port Elizabeth in the Eastern Cape, home to many of the leaders of the anti-Apartheid struggle, has been taken by the Democratic Alliance with a slim majority. In many other metropolitan wards, the ANC was unable to win a majority. In Johannesburg, Pretoria and Ekurhuleni, neither the DA nor the ANC can take control without an alliance with the Economic Freedom Fighters, the third-placed party.

Significantly, in Johannesburg, small wards like Kliptown – the historic setting for the signing in 1955 of the Freedom Charter, the constitution produced by the ANC and its allies – were won by the DA. This shows that voters are no longer swayed by the ANC’s appeals to its historical role in the struggle against Apartheid.

In particular, it is those black South Africans born in the mid-1980s and 1990s, known as the ‘born-frees’ and derided as ‘cleva’ blacks, ‘Guccis’ or sellouts by the ANC and its loyal supporters, who have rejected the ANC’s nostalgic call to remember the liberation struggle and its heroes. They stand apart from older generations of black South Africans. This younger generation mostly attended formerly white-only private schools, now turned into so-called Model C schools; they were often the first in their family to go to university; and they reside in the large urban metropolitan districts of Johannesburg, Pretoria and Ekurhuleni. They expect to be better off than their parents, to be owners of houses and cars, and to have a decent, steady job to pay for it all. So in defiance of the ANC, they have switched their vote to the DA or the EFF in the hope that these parties can help them achieve their ambitions.

One young black man told me he rejected the attempts by the ANC and its supporters to paint the DA as a white party. ‘I’m not voting as a black man’, he said. ‘I’m voting as an individual who is free to choose whatever organisation to support.’ Duduzile, a 33-year-old black female graduate, was similarly unimpressed by the ANC and its supporters playing the race card. She said she simply wants a better life, and believes South Africa has come to the point where colour no longer matters. ‘They can call me “Gucci” or whatever. I don’t care’, she says, adding, ‘I hope the DA can give me an opportunity [to get on in life]’.

The ANC is not just losing the support of young and young-ish blacks. The low turnout in the ANC’s rural heartlands shows that rural blacks are also turning against the governing party. They demonstrated their dissatisfaction with the ANC over its inability to deliver public services, and its imposition of new ward boundaries, by not voting at all. The ANC blamed the low turnout in rural areas on the recent cold spell, and the fact that some voting-station tents were blown away, but that is to ignore the depth of the disillusionment with the ANC among its rural support base. In Vuyani, for example, residents torched and destroyed 20 schools in the run-up to the elections in protest at the imposition of a new municipal boundary that would deprive their district of vital services. On the day of the election, Vuyani residents organised a football match and a mass stay-away from the voting station. The few individuals who attempted to vote were intimidated and threatened.

The disillusionment with the ANC is understandable. President Jacob Zuma is a fading, struggling force; there is little accountability; the economy has flatlined; job prospects have dipped; and what little money the state does have is divvied up among the ANC’s friends and family. Little wonder many have turned away from the ANC in disgust and despair.