Terrorism is not a mental-health issue

The source of terrorism lies in our cultural pessimism, not our heads. 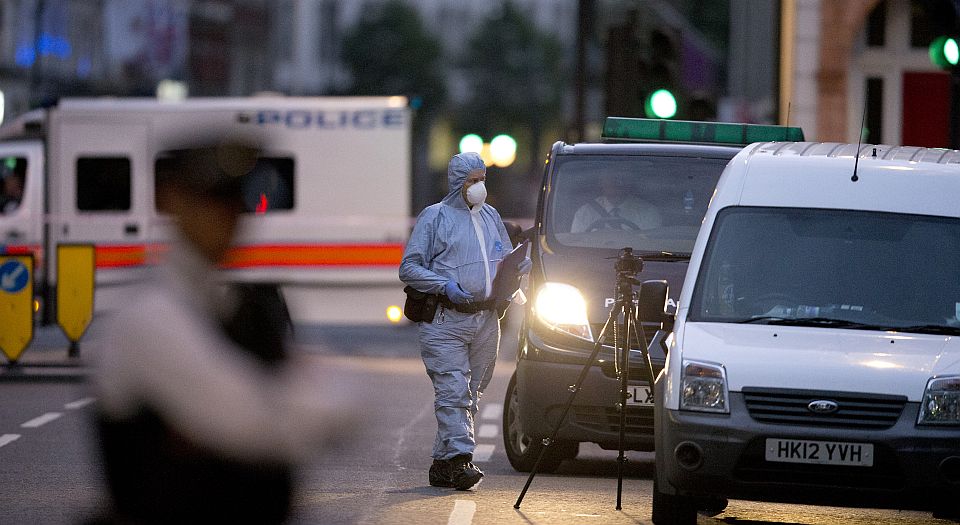 It sometimes feels as if we live in a particularly violent era. Random shootings and stabbings of arbitrarily targeted victims now dominate the headlines. They also intensify the public’s sense of insecurity and confusion. People want an explanation for these callous acts; they want to know why they are happening.

We saw this in the aftermath of the vicious knife attack in Russell Square in London last week, when there was a lot of speculation as to whether this was an attack perpetrated by a terrorist or a mentally ill individual. Almost immediately, the police issued a statement indicating that ‘mental health was a factor in this horrific attack’. The Metropolitan Police assistant commissioner, Mark Rowley, added, ‘we are keeping an open mind regarding the motive’ – which was another way of signalling that terrorism might also be a factor.

The reaction to the Russell Square knife attack follows a pattern that we have seen in the responses to similar incidents in Germany, France and the US, where mental illness is linked to acts of terror and random violence. Increasingly, mental illness serves as an all-purpose explanation for a variety of violent acts, including terrorist attacks. As Republican presidential candidate Donald Trump said after the killing of two Virginia journalists, these murders did not reflect a ‘gun problem’, but a ‘mental problem’. This association of mental illness with acts of random violence transcends the political divide. A recent op-ed in the liberal-leaning New York Times stated, ‘To combat terrorism, tackle mental illness’.

The op-ed’s author, sociologist and mental-health campaigner Liah Greenfeld, continued: ‘The rates of mental illness, especially depression, in the West are very high and, according to the most authoritative statistics, steadily rising. Unless we resolve this problem, we’ll have to learn to live with terrorism.’ The implication of Greenfeld’s argument is that if we increase funding for mental-health treatment, we will prevent ill individuals from becoming terrorists.

Greenfeld’s association of mental illness with terrorism is part of a wider trend. Indeed, this attempt to link terrorist acts to individual psychological problems is typical of Western policymakers’ approach to terrorism. Since 9/11, counter-terrorism policy has been wedded to the theory of ‘sudden radicalisation’. As a result, state resources are channelled into identifying those most at risk of being drawn into terrorist networks – namely, vulnerable and psychologically impressionable individuals.

Advocates of the sudden-radicalisation theory warn that vulnerable young people are radicalised by cynical groomers who manipulate them and prey on their psychological weaknesses. The dramatic framing of the threat – sudden radicalisation – presents extremism as a kind of psychological virus that almost instantaneously afflicts the vulnerable and the damaged. Yet there is growing evidence that this theory of radicalisation bears little relationship to the reality of radicalisation. Individuals who join jihadist terrorist groups tend to be idealistic and possess initiative – characteristics not usually associated with those suffering mental ill-health. And studies show that individuals who embrace radicalism tend to have made a self-conscious and active choice to do so (1).

That the search for signs of mental illness among Western jihadi recruits is fruitless is beyond doubt. But what about those lone individuals who have committed random of acts of violence recently? Are their actions caused by mental illness?

The problem of motives

It is difficult to isolate the ‘cause’ of the behaviour of individuals who commit acts of random violence and terror. They act on their own and their patterns of behaviour are very different to members of an organised terrorist group. In fact, it is often far from clear whether these individuals are even driven by a cause or merely use a cause to justify their behaviour.

According to professor Simon Wessely, president of the Royal College of Psychiatrists, individuals who commit acts of violence are ‘statistically more likely to have a background of poor mental health’ than the rest of the population. However, poor mental health on its own does not lead directly to murderous violence. That is not to say that mental ill-health is not a factor here. It is difficult to imagine that the perpetrator of a frenzied knife attack on a 60-year-old woman, as happened in Russell Square, was in good mental health. But mental health is not the sole or determining factor in these cases. There are social, cultural and economic factors to be considered, not to mention personal factors involving family, friends and community. How an individual responds to disappointment and rejection, for instance, is mediated by his or her sense of belonging and purpose.

Given the very personal and complex nature of what drives individuals to commit acts of gratuitous violence, it is very difficult to isolate specific circumstances and motives that explain their behaviour. Blaming their behaviour on ‘mental-health issues’ is simplistic, and it ignores the broader question of why these people choose to express themselves in such a destructive and dreadful way.

While it is difficult to understand what goes on inside the heads of individuals who casually attack random people, it is possible to understand the wider cultural language and symbols through which they express themselves. In recent years, a powerful cultural script of nihilism has emerged in Western societies. Misanthropic sentiments often convey a sense of loathing for one’s community. Society today is rarely represented as a force for good. Instead, it is invariably portrayed in gloomy, sometimes doom-laden, terms. People are routinely described as selfish, greedy, consumerist, toxic, xenophobic, exploitative, misogynist, racist, homophobic, and so on. The narrative of radical jihadism, which adds the words evil, immoral and corrupt to this vocabulary of social condemnation, represents the most consistent and extreme expression of this mood of cultural pessimism. This is a narrative that affirms even the most depraved act of violence.

If we want to combat terrorism we must challenge the cultural pessimism that endows destructive behaviour with meaning. The capacity to value the life of an individual is inseparable from the value attributed to humanity as a whole. Living according to humanistic principles is the best antidote to the nihilistic spirit of our times. In the meantime, let’s stop using mental illness as a catch-all explanation for acts of terrorism.

1) This point is confirmed by research into the motivation and character of suicide bombers. See, for example, Atran, S (2006), ‘The Moral Logic of Suicide Terrorism’, the Washington Quarterly, Spring