Rose Must Fall: censorship at UCT

The University of Cape Town has dealt another blow to academic freedom. 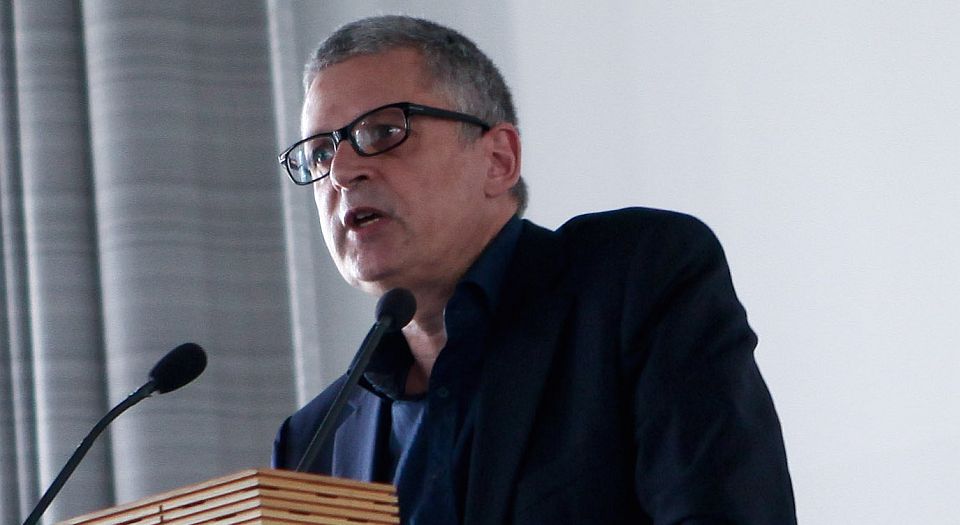 Rose is foreign affairs editor of Jyllands Posten, the magazine which, in 2005, published a set of cartoons titled ‘The Face of Muhammad’. One of them was a drawing of Muhammad with a bomb in his turban. The cartoons, which many Muslims considered blasphemous, sparked international furore as other newspapers around the world reprinted the images. Mobs set fire to the Danish embassies in Syria and Lebanon, protesters clashed with police, and would-be assassins attempted to murder Rose and the illustrator, Kurt Westergaard. Altogether, 139 people were killed in the protests.

The TB Davie Memorial Lecture celebrates ‘the freedom to explore ideas, to express these and to assemble peacefully’. Previous speakers in the series, which began in 1959, include Howard Zinn (1982), Noam Chomsky (1997), Alan Kors (2006), and Nadine Strossen (2011).

Explaining his decision to cancel Rose’s address, Price delivered a letter to the university’s academic freedom committee, the members of which had decided to invite Rose in March 2015. Price said he believes that having Rose speak ‘might retard rather than advance academic freedom on campus’. Rose, in his reply, characterised Price’s letter as an ‘I am in favour of free speech, but…’ statement.

South Africa’s constitution, unlike that of the US, makes explicit provision for academic freedom – though it adds the caveat that this right does not extend to: propaganda for war; incitement of imminent violence; or advocacy of hatred that is based on race, ethnicity, gender or religion, and that constitutes incitement to cause harm.

Price cites this qualification, without directly indicating that Rose’s speech would fall into any of the exceptions. ‘As with all rights’, he said, ‘context and consequence are also critical’. Price is right to say that academic freedom has limits, but he is wrong about where those limits lie. To Price, ‘widespread protest and disruption’, ‘security risks’ and ‘predictable polarisation’ justify limiting academic freedom. He doesn’t want to upset ‘the fragile but uneasy calm which currently exists on campus’.

An immediate question is whether Rose’s appearance would spark violence on campus. As it happens, UCT does have a Muslim minority that is organised into several campus groups. Muslim students, however, seem far more bothered by Price’s assumption that they would respond badly to Rose’s presence than they are by Rose himself. In a South African ‘youth-oriented’ website, the Daily Vox, a Muslim UCT student named Mohammed Jameel Abdulla asked, ‘why is Price creating the context in which Muslims are being represented as violently intolerant, without allowing us the chance to present ourselves?’.

Abdulla pronounces himself a ‘fallist’, which refers to supporters of the UCT Rhodes Must Fall (RMF) movement. RMF was launched in March 2015, demanding the removal of a statue of Cecil Rhodes, the British imperialist, diamond mining magnate, and prime minister of Cape Colony, a British colony which straddled what is now South Africa and Namibia. The land on which UCT sits was bequeathed by Rhodes as a site for a national university, hence the statue.

A month after the protests began, Price capitulated. He brought in a crane and removed the two-tonne bronze statue. The protests had been unruly. Students threw human faeces at the statue, stormed and occupied an administrative building and physically assaulted a security guard.

The RMF protesters acted aggressively even after the statue was removed and exiled to a warehouse. In February 2016, they burned artwork ‘depicting white people’ as a protest of what they believed were unfair housing policies at UCT. One student tweeted, ‘Whiteness is burning’. Around the same time, a young man was spotted on campus wearing a t-shirt that said, ‘Kill All Whites’.

So Price’s concern about the climate at UCT is not without cause. A substantial number of UCT students are primed for angry protest and ready to resort to some level of lawlessness. But anger over Rhodes – a symbol of racial oppression – need not mean anger over Flemming Rose. The Danish cartoon controversy is from another time and place, and as Abdulla points out, Cape Town has no history of Muslim extremism, and the Muslim community there has not ‘displayed signs of political violence’. He wonders why Price, in conjuring the possibility of violent protest over Rose’s visit, decided to ‘throw Cape Town’s Muslim community under the bus’. In effect, he accuses Price of profiling.

Judging by the websites of UCT’s Muslim groups, Abdulla has a point. Muslims at UCT are more exercised by matters such as gaining more inclusion for women in mosques and communal prayers, and condemning ‘the devastating queerphobic attack on the Pulse nightclub in Orlando’. These do not sound like students spoiling for a fight over cartoons published in Denmark 11 years ago.

While it seems unlikely that Rose’s visit would have provoked violence on campus, it is not unreasonable for a university administration to anticipate that controversial speakers may unsettle some students. What should a university do in these situations? Rather than endorse the heckler’s veto, the university should teach students how to listen to, learn from, and constructively respond to, views with which they may disagree. That takes some planning, but it is surely within the realm of what universities should be able to do. Price sidestepped this crucial responsibility.

To be clear, Flemming Rose is not an advocate of violence. But what about the cartoons that gave rise to international fury, with lives lost as a result? ‘The Face of Muhammad’ series mocked Islam, and was plainly not an invitation to constructive dialogue. In the US, such mockery is protected by the First Amendment, and there are internationally recognised principles of freedom of the press that ought to cover robust expressions of opinion, even if many people find such opinions offensive.

The Muhammad cartoon furore turned out to be a clarifying moment in bringing to the fore some of the deep cultural differences between Islam and the West. Freedom of expression is a cardinal principle in the West. The freedom to protest offensive opinions is part of that principle, too. Such freedom, however, does not extend to using violence against the person or property of those who offend. This is a lesson that Price, as a head of a university, should heed.

The doctrine of academic freedom in this case is a sidelight. Rose was not coming to campus to draw cartoons, but rather to give a speech on academic freedom – the search for truth through earnest and humble inquiry. Price is right that academic freedom is not a license to engage in incivility, ad hominem attacks, verbal or physical abuse, ridiculing so as to foreclose debate, or publicly wishing someone’s death. But talking about, or defending, incivility in the press is not itself incivility.

The cartoons were published not by a university faculty member or the university press, but by a magazine unconnected with academia. But, as an invited speaker, Rose has academic freedom, too. According to two authoritative American statements on freedom of expression, the 1974 Yale Woodward Report and the 2015 University of Chicago Stone Report, campus speakers should be protected by academic freedom from disruption or obstruction of their presentations. Students are free to criticise and protest the speaker, but they must allow him to speak. Whether this applies to South Africa is for South Africans to decide, but they may want to take these judgements into account.

It is not too late for Price to reinstate the invitation. That would be, to borrow a phrase, restorative justice. It would restore to Rose something that has been wrongfully taken away from him, and it would restore to the UCT students their opportunity to see intellectual freedom at work, to hear a perspective they wouldn’t normally encounter, and to learn how to protest in a way that still respects the speaker’s right to be heard.

Ashley Thorne is executive director of the National Association of Scholars.