The Milo/Leslie Jones spat exposes the awfulness of the alt-right. 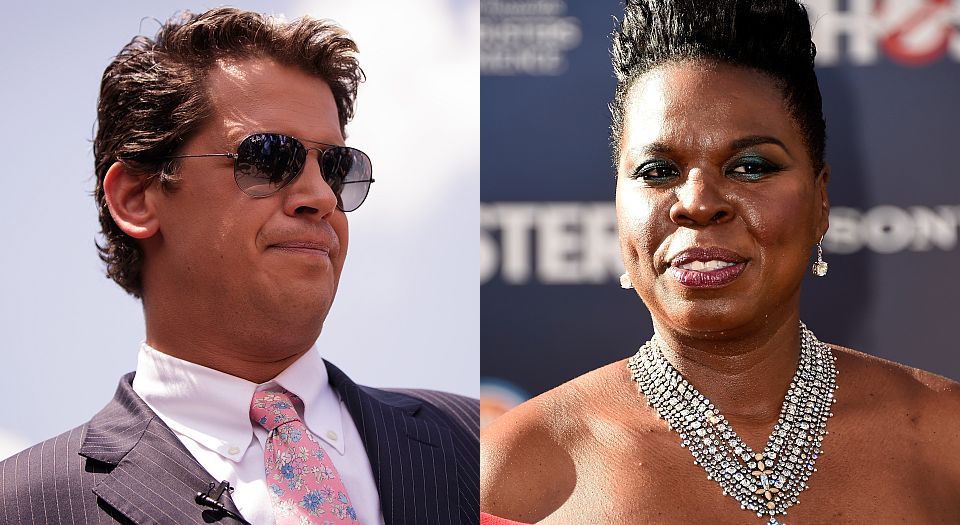 For all of our 15 years, spiked has championed freedom of speech – with no ifs or buts. For us, it’s an indivisible liberty, a freedom that crumbles once you caveat or qualify it. More profoundly, it’s the foundation stone of politics, progress and solidarity. It is through having the freedom to speak our minds that we create the space to experiment with new, transformative ideas, and decide, collectively, what is important. That’s why the insidious creep of censorship – from hate-speech laws to Twittermobs – so troubles us. Each and every act of censorship chips away not just at free speech, but democratic life itself.

The news this week that perma-tanned provocateur Milo Yiannopoulos has been banned indefinitely from Twitter is yet another grim reminder of the plague of censorship today. But not just because another out-there individual – in this case, a self-proclaimed Dangerous Faggot, wont to fume about the ‘cancer’ of feminism and the threat of Syrian ‘rapefugees’ – has been silenced. But also because Yiannopoulos and his horde of pimpled ‘alt-right’ acolytes now seem to be part of the problem. In the fallout from Milo’s suspension we’ve seen that he and other right-wing warriors against PC are not so much puncturing the PC bubble as inflating it.

Let’s get one thing straight: Yiannopoulos shouldn’t have been banned. He stands accused of ‘siccing’ his followers on Leslie Jones, a black stand-up and one of stars of the new feminist-lite Ghostbusters reboot. He slated the film – deeming it an affront to masculinity itself – and goaded Jones on Twitter. Then some of his fanboys bombarded Jones with abhorrent racist abuse – many likening her to an ape. This was straightforward, pond-scum racism. Forget all those thin-skinned feminists who call the police when someone calls them an idiot. This was the real deal. But these 140-character c***s still had free will, and there’s no evidence Yiannopoulos engaged or even encouraged their attacks. This was just an opportunity for Twitter execs to shut up someone they, and the entire liberal Twitterati, hate.

So, yes, this is a free-speech issue. While Twitter is a private platform, able to make its own rules, one can’t ignore the role it has played in snuffing out un-PC voices, and facilitating the Twitch-hunting of those with unfashionable views. It’s become a microcosm of the bratty, censorious nature of contemporary debate. So much for it being the ‘free-speech wing of the free-speech party’. But the felling of @Nero has made something else clear: members of the so-called alt-right, the self-styled ultra-right online warriors against PC, aren’t really opposed to political correctness at all. Why would they be? It’s their entire reason for being.

For all their sub-1930s views, the alt-right isn’t full of vicious, goose-stepping ideologues. They’re sociopathic wind-up merchants, looking for any opportunity to send ‘social-justice warriors’ – what they call illiberal liberals – or ‘cuckservatives’ – who they see as traitors to the right – into apoplexy. Their weapon of choice is not just salty, un-PC language, but full-blown racism. When, a few months ago, US conservative journalist Ben Shapiro denounced Donald Trump – who alt-righters creepily call ‘daddy’ – he was called ‘Cuck Jew’ and bombarded with a favoured alt-right meme called Shlomo Shekelburg, a foul, anti-Semitic caricature.

On the one hand, the alt-righters are actually a product of political correctness. The politics of victimhood nurtures victimisers; the more people talk up their emotional and moral vulnerability – as a result of their gender, race or sexuality – the more saddos will try to have a pop. A culture of You Can’t Say That will inevitably embolden some people to Say That – again and again and again. So, the liberal journalists currently penning self-righteous takedowns of the alt-right need to have a word with themselves. By contributing to the cult of victimhood, they helped make these monsters.

But, on the other hand, the alt-right is the mirror image of political correctness, specifically the victimhood that underpins it. They don’t just want to have a pop at self-styled victims – they want to claim victim status for themselves. Their broadsides against feminists, Black Lives Matter or Islam are underpinned by the idea that straight, white males are an oppressed group – that ‘white culture’ is under attack. They may take up arms against weepy identitarians, but they share the same, deadening sense of victimhood – just with another set of dreamt-up grievances attached.

The most tired, anti-free speech argument in the book is that those who believe in free speech are simply covert bigots. By gleefully embodying that stereotype, the alt-right has done the fight for free speech no favours. But the problem runs deeper than this. In their ugly, juvenile war on political correctness they have emboldened the very things that underpin political correctness. What’s more, for a group that likes to claim the mantle of free speech, many alt-righters share the illiberal-liberal disdain for those who disagree with them. Just try criticising the mythical male suicide epidemic – which has become the alt-right’s all-purpose proof of white, male victimhood – and you’ll see what I mean.

The PC war has turned into a farce, with self-righteous liberals and right-wing keyboard warriors locked in a deathly embrace. They need each other. They feed off each other. And this is bad news for free speech – and for politics. The crisis of free speech underpins so many of the political problems of today. The pressure to conform, to shut up and shuffle on rather than have out the debates that matter, plagues our politics. First we had PC liberals hectoring us when we didn’t say the right thing. Now we’ve got idiotic right-wingers desperate to say the wrong thing, even if they don’t really mean it. What we’re left with is a politics of bad faith, which has, in turn, rehabilitated some genuinely ugly prejudices.

Picture by: jacobfg, published under a creative-commons license.