Ghostbusters: haunted by the original

This enjoyable reboot doesn’t hit the heights of its 1984 predecessor. 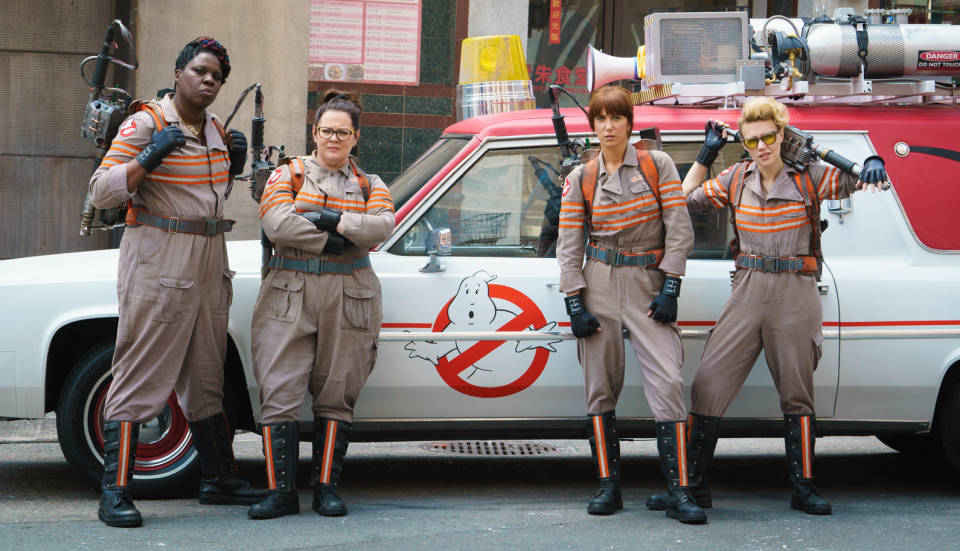 The original Ghostbusters, released in 1984, combined the offbeat, deadpan humour of Caddyshack and The Blues Brothers, with all the excitement of an action movie, sprinkled with a bit of light-hearted horror. It was a masterstroke. It meant that Ghostbusters had a far broader audience than the more alternative crowd Bill Murray and Dan Aykroyd usually attracted. With the help of co-stars Harold Ramis, Ernie Hudson and Sigourney Weaver, they made Ghostbusters the highest-grossing comedy in the history of cinema. But while the original Ghostbusters is an immense source of nostalgia with a rabid cult following, it’s doubtful whether it has really found a new generation of fans.

This new Ghostbusters was marred with controversy prior to its release due to its abysmal trailer – the most disliked in the history of YouTube. Commentators put this down to misogyny against the all-female cast, but then also declared the film racist for juxtaposing a streetwise black subway worker with three highly educated white scientists. I would suggest the trailer simply sucks.

The problem for fans of the original Ghostbusters is that the new movie has all the familiar elements, but with a radically different tone. It’s not just the flipped gender of its protagonists; it’s also replaced the deadpan humour of the original with exaggerated acting and juvenile gags. The characters in the 2016 reboot are also far more self-aware, and are likely to make references to other movies. This means the new Ghostbusters recycles everything that made the original so smart, but in a more child-friendly form – think of going from Star Wars: A New Hope to The Phantom Menace.

The new Ghostbusters’ ‘girl power’ is underplayed for the most part, though it’s notable there are no relatable male characters in the main cast, with Chris Hemsworth playing idiotic eye candy and Neil Casey an evil-genius janitor. It also takes a moment to satirise its online haters, when a video the ghostbusters themselves upload to YouTube carries the comment, ‘ain’t no bitches gonna bust no ghosts’.

Ultimately, the inane controversy surrounding the rebooted Ghostbusters was a godsend to its producers. As well as generating publicity, it also gave it an edge that such a harmless film never deserved, and created an assumption that it would be atrocious, which meant that audiences have been pleasantly surprised by it being merely mediocre.

It’s neither as clever nor as innovative as the 1984 original, but, then again, that could also be said for many recent comedy blockbusters.

Watch the trailer for Ghostbusters: