After Brexit: academics need to get out more

The referendum has revealed how closed-minded academia has become. 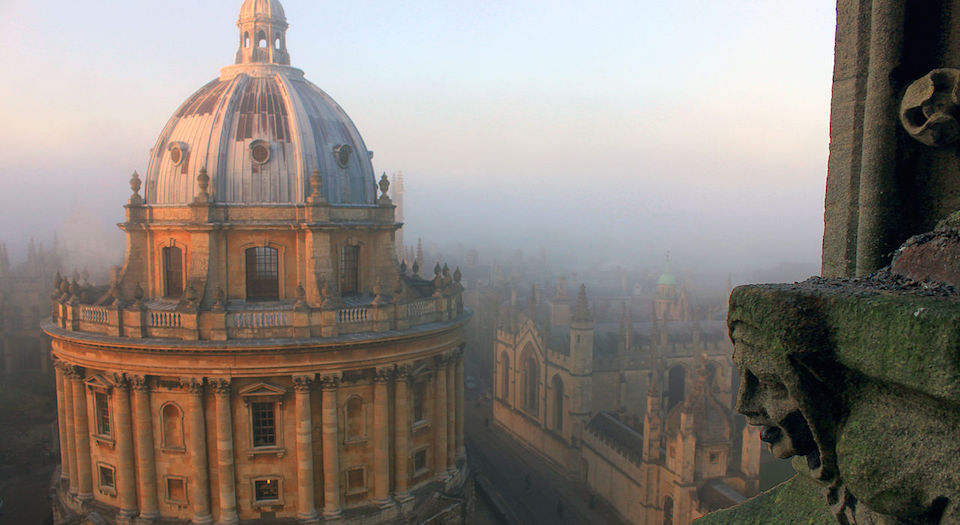 A poll conducted in the run up to the referendum suggested 90 per cent of academics intended to vote Remain. We now know that the academics who took to social media to declare ‘I don’t know anyone who is voting Leave’ were not exaggerating. In the days since the referendum result was announced, this unfamiliarity with the strange Other – that is, the 52 per cent of the electorate who voted Leave – has brought many academics’ barely concealed contempt for the masses out into the open. According to one professor, Leave supporters are irrational, xenophobic, ignorant Little Englanders.

Not only have many academics become remote from the views of ordinary people, universities are rapidly becoming politically homogenous institutions. Another poll, this time carried out just before the last General Election, showed 46 per cent of British academics intended to vote for Labour and 22 per cent for the Green Party. Higher education now needs to stop and consider the consequences this closed-mindedness might have for scholarship and academic freedom.

While commentators have been busy shining a light on the antics of censorious students, lecturers have quietly transformed universities into an ideological bubble. For many academics, higher education has become a political Safe Space, a place where they can retreat from ideas, and people, they disagree with. This position of safety allows some scholars to celebrate their self-declared radicalism, their supposedly progressive work on gender identity, intersectionality, critical race theory and heteronormativity, without ever having to test their views on the general public.

In an academic department, when one political position becomes dominant, those who disagree are told implicitly or explicitly to fall in line and conform – or shut up. Post-referendum, the outrage scholars have directed at those who voted to leave the EU has sent a very definite message about who is and is not welcome in academia.

This growing political homogeneity is detrimental to academia’s most basic goal – the pursuit of knowledge. When a majority of lecturers and researchers think alike, the university stops acting as a marketplace of ideas, where truth claims can be rigorously challenged. Instead it becomes an echo chamber where awkward questions are avoided and prejudices are confirmed.

Despite being so unashamedly, even proudly, out of touch with the majority of people who voted in the referendum, many academics have been vehement in their outrage at not having had their expertise and superior opinions listened to. Most of their vitriol has been directed at Leave campaigner Michael Gove, and his suggestion that ‘people have had enough of experts’.

But, for the most part, this newfound love of knowledge, evidence and the truth is coming from the very same people who have made academic careers out of asserting that there is no truth – that, at best, we can have multiple truths, and that knowledge is dependent on the perspective and identity of the originator. Such is their love of knowledge, they readily ditched the canon in a bid to turn the curriculum into relativistic homage to identity politics.

The current demand to ‘fight back against Brexit anti-intellectualism’ unwittingly reveals how little academics understand about what knowledge means. Yes, scholars may have greater access to information and data sets. But there is no one correct way to understand and interpret facts. Information and data may be useful for pub quizzes – as desperate educationalists have often been quick to point out – but knowledge involves an understanding of how people interpret data in relation to their experiences and prior learning.

There is, for example, no single correct way to interpret economic statistics. The same data may be understood very differently by someone living in Oxford on an academic salary than by someone employed on a zero-hours contract in Sunderland. Ironically, this is why being more in touch with the general public can enhance academic knowledge in the social sciences. At the very least, academics would have been less shocked at the outcome of the referendum.

It is academics themselves who have problematised and jettisoned knowledge from higher education and left an intellectual vacuum at the heart of the university. One way this has been filled is through attempts to socialise young people into a particular set of liberal values. Consent classes and campaigns against lad culture are the most explicit attempts at modifying the behaviour of students. The hidden curriculum of higher education promotes the causes of global citizenship, sustainability and feminism. In the weeks to come we will no doubt see calls for universities to redouble their efforts in inculcating students into such values. The growing political consensus means that both the project of promoting values rather than teaching knowledge, and the particular values being promoted, go unchallenged.

Using higher education to mould a certain type of citizen with an approved political outlook on the world has historically been the hallmark of dictatorships. In more democratic societies, universities have traditionally been concerned with the conservation, transmission and pursuit of knowledge. Students need access to this knowledge, and to be confronted with a range of viewpoints, in order to make up their own minds about the world they will inherit.

In the aftermath of the referendum, scholars must move out of the ideological and intellectual Safe Space they have constructed. Failure to do so will only feed the suspicion that academic fondness for the EU is driven by a shared disdain for the masses.