In praise of dead white males

Freud, Marx and Nietzsche continue to shape our world. 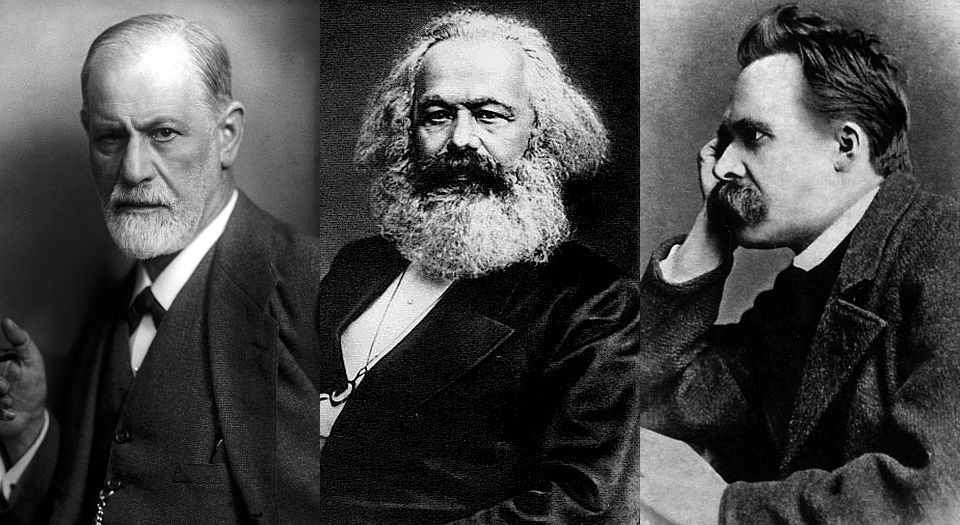 In an age when ‘white’ and ‘male’ have sometimes become terms of abuse in political discourse, especially at its most base level – on campus and online – it would take a brave soul to claim that three dead, white men from the 19th century remain some of the most significant figures in the Western world today. Yet that is what Bettany Hughes has been doing in her current BBC Four series Forward Thinkers: How, Marx, Nietzsche and Freud Shaped the Lives of Millions.

‘Their ideas shaped the lives of millions in the 20th century, and in the 21st they still have exponential influence’, explains Hughes. ‘From pop songs to global economics to our attitudes to sex, the theories and aphorisms of these three dead white males underpin everyday experiences.’ Sigmund Freud’s concepts of ‘the pleasure principle’ and ‘wish-fulfilment’ live on in US advertising culture, while his affirmation of the normalcy of the abnormal has facilitated progressive gender politics. Friedrich Nietzsche foresaw moral relativism and the crisis of authority after the ‘death of God’, while his exhortation that ‘what doesn’t kill you makes you stronger’ resonates in boardroom and self-help culture, encouraging us to accept failure as intrinsic to success.

Then there is Karl Marx, who was pronounced finished after the fall of the Berlin Wall. Yet, in the age of austerity politics, Marx’s appeal has undergone a resurgence, as epitomised in Europe by Yanis Varoufakis. In Britain, Paul Mason’s book PostCapitalism: A Guide to Our Future has clearly touched a nerve, and, in the first part of Hughes’ series, Mason explains how ‘exploitation’ within ‘the capitalist system’ occurs through the expropriation of surplus value. Mason’s book, like Thomas Piketty’s Capital, has seemingly made orthodox Marxist criticism of capitalism respectable again.

Yet, as Hughes reminds us, Marx himself would have been suspicious of the idea of ‘Marxist orthodoxy’. As Francis Wheen’s popular 1999 biography explains, Marx the man was more a literary free-thinker than the dogmatic caricature and stern ideologue of legend. Marx thought it essential that we should never stop asking questions, and would have abhorred authoritarian regimes erected in his name.

A similar fate to Marx befell Nietzsche, whose writings were notoriously adopted by the Nazis. This was partly owed to their pithy, aphoristic and bombastic style, which lent itself too easily to cherry-picking. Yet Nietzsche also consistently loathed anti-Semites, who, for him, embodied the spirit of impotent failure and resentment. And he had nothing but contempt for philistine German nationalism. Nietzsche’s Superman exhorted us to throw off all lazy dogma and go beyond ourselves.

It’s not the first time Marx and Nietzsche have been brought under the same umbrella. Both had fathers or grandfathers who were preachers; both were gentler characters than their writing suggested; both shunned orthodoxy; and both had their reputations sullied by their disciples and descendants. It’s not the first time either that Freud has been lumped in with the two, given he also came from a German background steeped in religion.

Each of the three sought to understand humanity through great ideas: class struggle for Marx; the will to power for Nietzsche; and the subconscious for Freud. And each had a profound influence on humanity as a consequence. As the Nietzsche scholar JP Stern wrote in 1978: ‘All three are part of our 19th-century inheritance – our inheritance from an age which, more than any other, believed in ideas, and in change, reform and revolution through the power of ideas.’ So what if they are dead white males? Their ideas still matter, as Hughes puts it. They remind us of the importance of fearless thinking and clear minds.

There wasn’t much great thinking on show during Britain’s now concluded debate over whether to leave or remain in the European Union – certainly not on social media. It descended into a polarised slanging match where nuance was shunned. Everyone was talking and no one listening. Certainly, no one was changing their minds. I mean, what kind of waverer in search of sensible, impartial advice seeks counsel on Twitter? The level of online debate can be summarised in two words: ‘Your mum.’

Of course, people will always seek to campaign and convert, and will seek any avenue to do so if they feel passionate about it. But why is social media wholly unsuited to political discourse? I suspect it’s because it represents a throwback to a pre-Enlightenment mindset in which the personal is the political, to a time before the secret ballot when you could be publicly pilloried, pressured, cowed and insulted on account of one’s politics. Hence Remain tweets portrayed Brexiteers as scum of the earth, and Brexiteers, in return, assigned themselves the status of ‘the people’ against the snide liberal elite. It became snobs versus racists.

No one likes having his or her name sullied on social media. That’s why no one changes his or her mind there.

Judging people by their book covers

‘New generation buying books to “express their personalities”‘ runs a headline in the Telegraph. It relates to sentiments expressed by Siôn Hamilton, the trading director of Foyles, who says he has noticed a tendency for people who want to reflect their tastes to others – otherwise impossible in a digital age – to do so through books. ‘I do think there is a certain percentage of people who buy books and don’t actually read them’, said Hamilton. ‘To express my personality, I need something physical on my shelves.’

Whether or not people are returning to real books to read or not, I’m not sure this ‘biblio-signalling’ is a new thing. Hasn’t one essential function of books always been to project one’s real or imagined personality? The most glaring example of this in action is A Brief History of Time, by Stephen Hawking, which since its release in 1988 has sold 20million copies, the vast majority left unread. I’m sure, too, that many a household has an edition of Thomas Piketty’s Capital just for show, to convey one’s cerebral and concerned liberal credentials.

A similar case can be made for Nietzsche, whose appeal is that he’s a bit of a bad boy. I mean, why else would I have bought Beyond Good and Evil in 1997?