Forget the EU – the world is waiting

A Brexit could be the start of a new internationalism. 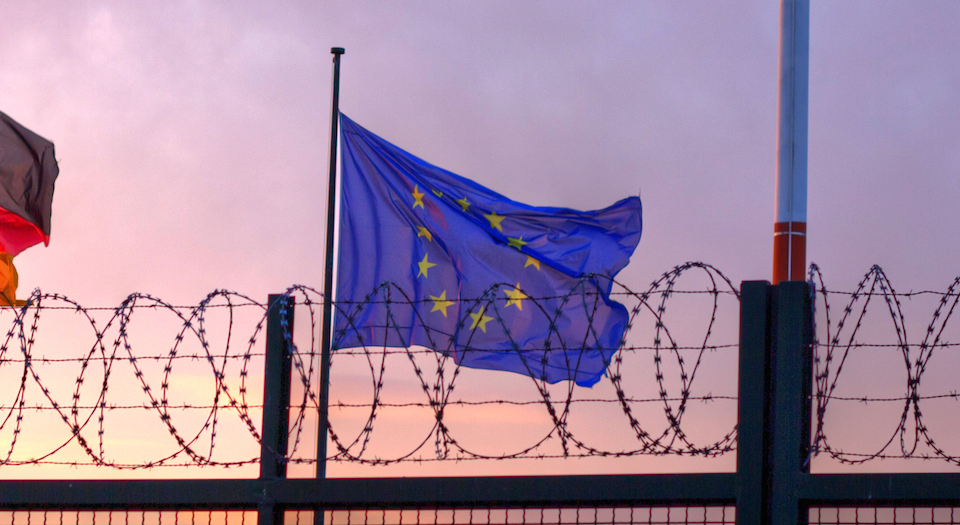 In the final days of the EU referendum campaign, with Nigel Farage posing in front of racist billboards and the Leave side firmly cast as a bunch of Little Englanders, the Remain campaign has continued to present staying in the EU as a vote for internationalism.

‘As an internationalist, I’m voting to stay in the EU’, wrote one Guardian columnist. ‘We cannot afford to isolate ourselves or shut the curtains and close the doors and wish that the rest of the world would go away’, said Labour MP Hilary Benn. ‘I don’t want us to retract. I don’t want to and I won’t, whatever the vote happens to be’, wrote Remain supporter Sir Ian McKellen.

A vote for a Brexit would spell the end of global relations for the UK, we are told. Apparently, being a member of the EU ensures Britain doesn’t become a nationalist, isolated island. But a closer look at the EU’s relationship with countries outside of its borders tells a very different story.

The EU has an ongoing policy of guarding itself against foreign peoples. Its arrangements with African countries – to send aid in exchange for a promise to forcibly secure their borders – is a blatant attempt to stop non-EU citizens from entering Europe. While EU citizens may have the right to free movement, the EU’s door is firmly closed to those coming from Africa, India and Asia. Far from being an internationalist institution, the EU actively curbs immigration.

What’s more, foreign states have to deal with stifling EU intervention. ‘The starkest example of the dark heart of the European Union is its brutal neocolonial relationship with the Third World’, writes Brian Denny, a spokesman for Trade Unionists Against the EU. The EU’s Common Agricultural Policy and subsidies on farming for its member states, alongside high export taxes on African produce, mean that Africa is flooded with European exports and is unable to compete. ‘Mozambique loses more than £100million a year because of restrictions on importing into EU, coupled with the dumping of cheap exports at its door’, writes Denny, ‘while many thousands of workers in Swaziland have lost their jobs because the local industry cannot compete’. The EU is continuing Europe’s colonial legacy in Africa by suppressing technological innovation and industrial development, and keeping African states reliant on Western imports.

The EU’s sour relationship with Russia is another prime example of its fear and loathing of those outside its borders. In a letter to the Telegraph warning of the dangers of a Brexit, pro-EU, ex-NATO chiefs described the EU as a bulwark against Russia, which they called one of the ‘West’s enemies’. Central to the fear of Russia is its president Vladimir Putin, who, one columnist tells us, ‘will be rubbing his hands at the prospect of Brexit’. And, just to confirm the EU’s enmity towards Russia, it has renewed its ban on economic ties with Crimean businesses, first introduced after Russia’s annexation of the Crimea in 2014, with EU chief Jean-Claude Juncker saying he expects to have a ‘frank conversation’ with Putin about the sanctions later this month. The EU is portraying Russia as a clear and present danger to Europe, which is hardly an internationalist approach.

Then there’s China, the powerhouse of East Asia, which has also been kept at arm’s length by the EU. The recent refusal to grant China market-economy status, mainly due to concerns about competition from Chinese steel, has angered Chinese officials. After pressure from the EU, China is now in the process of removing some subsidies for steel, which will cost millions of jobs for Chinese steel workers. The Chinese state subsidises industries like steel much in the same way that the EU subsidises agriculture. Yet while it’s fine for the EU to do it, even if it screws over Africans, the EU deems it unacceptable in other countries.

A vote to Remain would endorse the corrupt and protectionist policies of the EU, as well as condoning and encouraging its frankly appalling treatment of non-EU migrants. In contrast, a Brexit would allow us to break free of an institution that limits our ability to engage with the world openly, rationally and freely. Leaving the EU could pave the way for greater internationalism. If Africa was freed from EU restrictions, it would have the opportunity to revolutionise its industry, compete in the world market and lift millions out of poverty. A truly internationalist politics would support this move.

In response to Vote Leave’s brash and ugly campaign, Remain campaigners have claimed the internationalist mantle. ‘To leave is to indulge the worst side of our natures’, wrote one columnist. But this couldn’t be further from the truth. A Leave vote, based on the demand for greater freedom for all, displays the best of human nature – the desire for more. Leaving the European Union would throw open the door to a world beyond the Brussels elite. If we want more engagement in politics, more movement between nations and more trade, we must dismantle the Little Europeanism of the EU and become true internationalists. The world is waiting – vote Leave on Thursday.

Ella Whelan is assistant editor at spiked. She will be speaking at the De Beauvoir Balloon Debate, Britain, Europe and the EU on Wednesday 22 June. Follow her on Twitter: @Ella_M_Whelan

Picture by: Oona Raisanen, published under a creative commons license.