‘The EU has done nothing for workers’ rights’

Doug Nicholls, chair of Trade Unionists Against the EU,
on the mythmaking of left-wing Remainers. 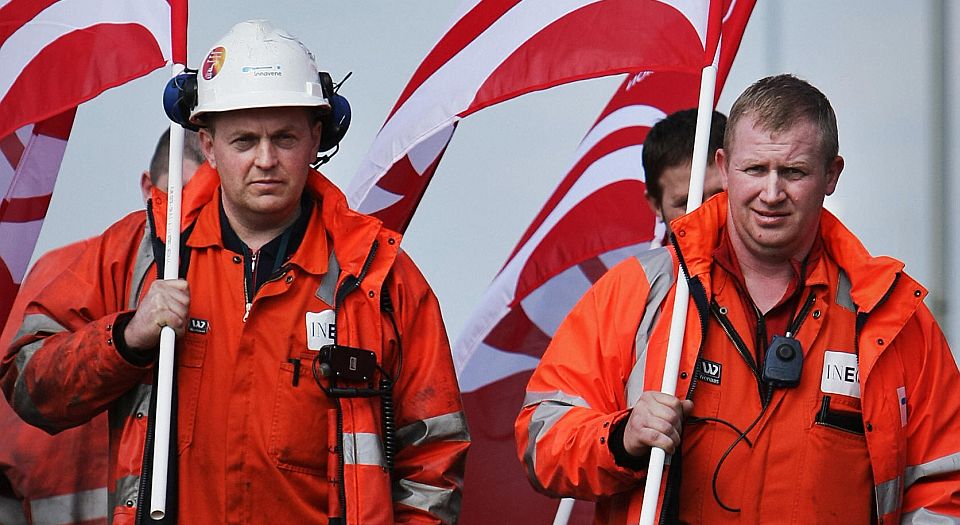 ‘It’s an insult to say that our rights are protected and depend on the European Union. You tell that to a Greek worker, an Italian worker, a Spanish worker, or any of those accession states, who were told that their national collective-bargaining structures had to disappear if they were to get into the EU. Or Greece and others who were told that as a condition of bailouts you wipe out the whole of the collective-bargaining structure.’

Doug Nicholls, chair of Trade Unionists Against the EU (TUAEU), is unimpressed. Not just with the paltry state of workers’ rights across the European Union – one of the reasons TUAEU, which represents Eurosceptic trade unionists from across Britain, is campaigning for Brexit – but also with the Labourites, Guardian scribes and even trade-union bosses who are plumping for Remain in the name of protecting workers’ rights.

Nicholls knows what he’s talking about. By his own estimation, he’s the longest-serving general secretary in the trade-union movement: he’s chaired the Community and Youth Workers’ Union, he’s been the general secretary of the General Federation of Trade Unions since 2012, and he set up TUAEU in 2015. Talking to Nicholls, just as Corbyn’s Labour Party and its attendant trade unions are doubling their efforts to get out the left-wing vote for Remain, I can tell he’s utterly perplexed by the death of Euroscepticism among the labour-movement leadership.

So much of the pro-EU, pro-worker rhetoric coming from the left-wing Remain camp, he tells me, fails the sniff test. Not least because worker’s rights in Britain, hard won over centuries of agitation, are far superior to those offered by the EU. ‘Because of the history of the British working class, we were very advanced’, he says. ‘The right to holidays was established here very early on compared with most other countries… The minimum wage is uniquely British, and not in any European law.’

So what about the much-hailed European Social Chapter, the Council of Europe treaty which enshrines social and economic rights in relation to employment, working hours and parental leave? According to Nicholls, it’s not worth the regulation EU paper it’s printed on. ‘Never once has the European Union or the Social Chapter sat by my side and assisted the negotiations with employers’, he says. ‘Its continued prerogatives are around information and consultation – you know, “we’ll give you a bit of notice as to when we’re going to close your factory”.’

Worse still, the EU has shafted workers when the going has gotten tough. Nicholls points to Greece, Hungary and other accession states where collective bargaining – the bedrock of trade unionism – has been abolished in exchange for membership and bailouts. Then there’s the uncomfortable truth that this supposed beacon of workers’ rights presides over millions of unemployed Europeans. ‘We say that there is a fundamental right under capitalism to work’, says Nicholls. ‘The European Union has 23million unemployed workers, that’s the equivalent of the entire population of Belgium and the Netherlands being unemployed.’

All of this begs the question: why have trade unions, from Unite to Unison to the GMB, opted for Remain? ‘Let’s get the facts straight’, interjects Nicholls. ‘There’s 150 trade unions listed by the certification officer, 52 of those affiliated are to the Trades Union Congress (TUC), and of those 52 affiliated to the TUC, 15 are affiliated to the Labour Party. Of those, 13 and only 13 declared publicly for a Remain vote. So, one has to ask is the tail wagging the dog? But even among those unions that have taken strong Remain positions… there is a lot of discontent with their EU position, and most [members] as we can sense it are voting for Leave.’

When it comes to the leftish activists and commentators insisting that the EU can be reformed from within, that a new workers’ movement can turn the EU into a socialist utopia, Nicholls is far more scathing: ‘It’s pathetic and it’s ignorant of what the EU is. The EU can only be reformed by a simultaneous decision of the 28 member states. Now if there are any individuals who think that they are so Messiah-like that they can convince all 28 member states to simultaneously abandon the capitalist agenda, then they should step forward and give us a plan as to how to do that. There is no plan from any of them. Because they know the task is impossible.’

The fact that so many on the left have abandoned Euroscepticism for fear that a Brexit now would embolden the Tories, and turn Britain into a ‘neoliberal fantasy island’, is risible, says Nicholls: ‘Those who make that argument talk at the same time about reforming the EU. So on one hand, they’ve got the arrogance to believe that they and their supporters can reform the 28 member states of the EU area with its 500million people, while on the other hand they’re saying they’re scared to death of Boris Johnson. How utterly pathetic is that?’

Here’s the nub. Putting aside the fearmongering and fact-flinging that has defined the debate so far, the EU referendum is about democracy – that old-fashioned belief that the demos is wise enough to decide who rules them, and, by extension, that workers have the wherewithal to agitate in their own interests. As Nicholls puts it: ‘There is another right that workers have: the right to vote. And the right to have a universal franchise that would empower the majority against the interests of the minority was a very basic right that the European Union was set up to deny and to dilute and to ignore.’

On 23 June, let’s all stick up for that most fundamental of workers’ rights, and vote to Leave.