Why the EU has already lost

...and how the Euro football brings out the Remainers' real prejudices. 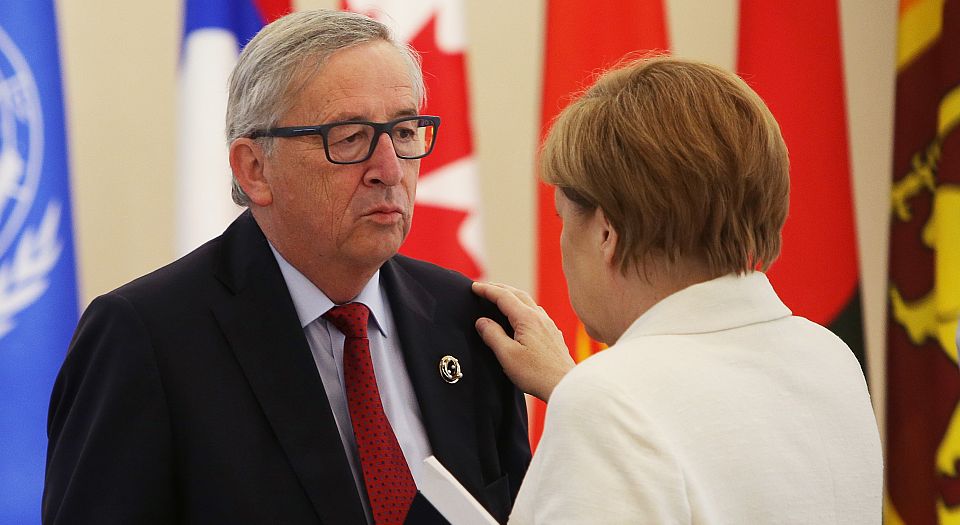 A few thoughts on the state of the debate in the run-up to that referendum.

Fact is, we need political arguments not ‘the facts’

As the EU referendum debate has dragged on, the cry from commentators and frustrated voters has been: ‘Just give us the unbiased facts!’ Unmoved by the confused and confusing stream of claims and counter-claims from both sides, many are demanding some clarity about the ‘real facts’ of the UK’s relations with the EU before they make their decision.

In fact, what this debate needs is not more ‘unbiased facts’ about the economy from a non-existent neutral ground, but more clear and principled political arguments from either side of the divide.

There are relatively few ‘objective facts’ to be had about what Britain’s economic future might look like either within or outside the European Union. All of the figures we have seen bandied about by politicians are simply projections and estimates, which inevitably tend to reflect the prejudices of whichever ‘experts’ are doing the guesswork.

What we could have, however, are more clear political arguments about the big issues of democracy, control and power in Europe, that might sway voters one way or the other. Instead we are faced with political leaders who appear to have no principles beyond their own personal short-term interests.

Thus Tory prime minister David Cameron, a longstanding Eurosceptic, has turned into the leading voice in the Remain campaign as a way to shore up his authority. And Jeremy Corbyn, the left-wing Labour leader who has always been an outspoken opponent of EU membership, has somehow converted into a half-hearted advocate of staying in as the best way of preserving some peace in his party. Meanwhile, on the other side, a Europhile such as Boris Johnson has suddenly taken to striking anti-EU poses as his hoped-for ticket to the Tory leadership.

With such obvious bad faith on display, it’s little wonder many voters appear disillusioned with the whole Euro-charade. What is needed is not a search for elusive ‘unbiased facts’, but the injection of some principled political arguments that can convince the electorate. For some of us, that means making the argument for a vote to Leave as the best hope for democracy and political change in the UK and Europe. That may not be an immediately measurable fact; but it is right.

Whatever the result, the EU has lost its authority

As concern grows about the uncertain state of the opinion polls, leading Remain campaigners have become more desperate in banging the fear drum about the dire consequences of leaving the EU. This has often seemed to go beyond parody. A few weeks ago, the satirical magazine Private Eye ran a spoof front cover depicting Cameron warning that Brexit could mean a Third World War, with Tory chancellor George Osborne adding that, ‘even worse’, it could lead to a fall in UK house prices. Days later the real Osborne made a speech warning that Brexit could lead to the catastrophe of… a drop in house prices. As they say, it’s ‘even worse’.

Even if this non-stop scaremongering was to succeed in winning a narrow majority for Remain, it would only emphasise a wider defeat for the Euro elites. The EU has now comprehensively lost its moral authority. That loss is starkly illustrated by the desperate way in which the Remain lobby has failed to come up with a single positive argument for membership.

Not so very long ago, the Europhile lobby used to talk with straight faces about something called ‘the European dream’. They said the ideal of a prosperous and harmonious Europe was to be realised through closer political union underpinned by the economic strength of the Euro – a single currency which, they assured us, Britain would soon inevitably and gratefully join.

That dream ended some time ago, though few want publicly to admit it. More recent events have brought a rude awakening. The notion of easy EU prosperity was exposed by the Euro crisis; the idea of freedom and democracy through political union has been crushed by the authoritarian imposition of EU rules on the likes of Greece and Hungary; the hope of harmony, unity and open borders has been ended by the EU’s handling of the migrant crisis.

All the pro-EU lobby is left with are dire warnings that things could be ‘even worse’ if we sail off the edge of the known world into uncharted waters. The EU’s loss of moral authority is not confined to the UK. Across the continent, disenchanted masses of people are increasingly aware of the distance separating them from their Euro-rulers. A Brexit vote could sound the tocsin and mark the beginning of the end for the EU – which is why the elites are so desperate to scare us into voting to Remain. But even if they win the referendum, it cannot hide the wider defeat of their moral authority.

There is much trouble ahead for the EU elites whatever happens on 23 June. It has never been more important or opportune for us to raise the argument pioneered on spiked over the past 15 years: ‘For Europe – Against the EU.’

‘Uncertainty’ is not the enemy

There has been much talk about how, one way or another, the UK referendum vote on 23 June will finally settle the EU question, end the uncertainty and put the matter to bed ‘for a generation’. This sounds like wishful thinking. Whether the politicians and experts like it or not, history will not be determined by a single vote. There are many issues that have yet to be properly raised, never mind resolved, in the referendum campaign. This should only be the start of the debate about the uncertain future of the UK and Europe.

Nobody should be complacent about the willingness of the political elites to respect the will of the people. Even if the Leave campaign was to win the vote, it is already clear that many in both Brussels and Whitehall are planning how they could get around that inconvenient fact, just as they ignored or conspired to reverse previous popular votes against centralised EU policies elsewhere in Europe.

Whatever happens on 23 June, the levels of public disquiet with the elites in the EU and the UK provide an opening for a wider debate about democracy and power in our society. Some leftist Remain supporters have suggested that there is no point joining with Tories and others in voting to Leave, since it will not alter the fact that Europe is ultimately controlled by capitalists. That sounds like deep-seated ‘don’t-rock-the-boat’ conservatism, thinly disguised as radical anti-capitalism.

A Brexit vote will certainly not solve the problems facing the UK. It could even increase short-term economic instability, and boost the political career of a Tory such as Boris. But far more importantly, a strong showing by the Leave campaign could open up the opportunity for a wider debate about who rules Britain and Europe and what kind of continent we want to share.

The dread word ‘uncertainty’ is being waved about like a funeral shroud. But uncertainty is not the enemy. It has been the precursor to every great gain for freedom and democracy in history, the success of which was never guaranteed. There are worse things than a bit of uncertainty – such as the certainty of being sunk beneath the deadweight of the EU for the foreseeable future.

That is why this old man of the left, who will be away on referendum day – in Greece, that other great advert for Euro-prosperity and democracy – has just cast his postal vote for Leave.

To see the Remain lobby’s prejudices laid bare, look to the football Euros

Leading Remain lobbyists like to present themselves as the sophisticated, open-minded side of the debate, in contrast to the vulgar, narrow-minded Leave lobby. Yet their own bitter prejudices about the public have been laid bare by reactions to the trouble at the Euro 2016 football championships in France.

No sooner had news emerged of violent clashes between England fans, Russian supporters and French riot police than the Remainers were claiming this showed the anti-EU crowd in its true, intolerant colours. They seized on reports that some England fans drinking in Marseille had been chanting ‘We’re all voting out’ before the trouble began as evidence that the Leave campaign was effectively to blame for starting a riot.

This is how the snobbish spokespersons of the Remain camp really see the many people thinking of voting to Leave: as an allegedly ignorant mob, xenophobic and brutish, only a couple of beers away from launching a racist pogrom. The small-minded prejudices displayed like a football flag here are those of leading Remainers towards millions of working-class voters.

In one fairly typical knee-jerk response to the reports of fan trouble, Professor Brian Cox tweeted that ‘If there’s one good thing about Brexit, it will help the French keep the English out’. And there were we thinking the BBC-Guardianistas were open borders supporters!

Their over-reaction to and attempted politicisation of the Euro football incidents is one more small illustration of the anti-popular prejudices of leading Remain lobbyists, to whom beer-drinking, football-watching English voters appear far more alien than suave Brussels bureaucrats.