Why pig-human organs are nothing to fear 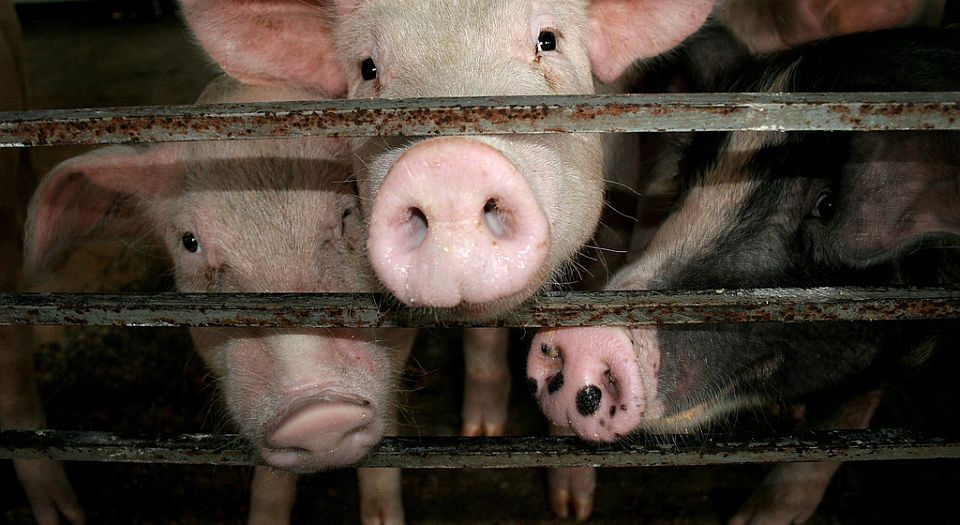 Xenotransplantation, the provision of organs for a different species, has long been investigated as a potential source of organs for humans. Pigs are preferred because they are approximately the right size, have a reasonable human compatibility and are easily bred. During the 1990s it was widely expected that pig xenotransplantation was going to resolve the chronic lack of organ donors and provide a steady stream of organs that were pretty much made-to-order.

The need is real. Right now, there are 7,000 people in the UK on an organ-donor waiting list, and a further 122,500 in the US. Most of them will die waiting. Around the world, tens of thousands of people die every year waiting for a suitable human donor. More donors would help, but there will never be enough donors to meet the need.

In 1996, the pharmaceutical company Novartis put up $1 billion to research xenotransplantation and create the germ-free facilities needed to grow donor pigs worldwide. Hopes were high. The first human trials were expected in the early 21st century, but then Novartis killed its xenotransplantation programme and either laid off or shuffled its researchers elsewhere. Two seemingly intractable problems with xenotransplantation led Novartis to pull the plug: rejection and infection.

Most people are familiar with the problem of organ rejection. An organ from a foreign host is recognised by the patient’s immune system as foreign, and it consequently attacks and destroys the organ. In human-to-human transplants, matching the donor and recipient as closely as possible minimises the problem of rejection. But only identical twins are a close enough match to resolve the problem entirely. Consequently, recipients must consume immune-suppressant drugs to hold off the attack, and they typically continue immune suppression for the lifetime of the organ.

Pig-to-human transplantation is even more challenging, as pig tissue is much more foreign. In 1993, scientists thought they had found the key when they discovered that most of the human immune reaction was directed against a single sugar molecule (-gal), meaning it could be controlled by knocking out a particular gene that made the enzyme that made the sugar. It turned out, however, that the process of rejection was much more complex. Baboons receiving pig organs never survived more than a few weeks, and it became obvious that additional steps were needed to make the pig organs more suitable for human recipients.

Another concern that emerged was the existence of dormant porcine endogenous retroviruses (known as PERVs), which are integrated into the pig genome. Concern about PERV infection in human patients with suppressed immune systems became another formidable barrier to xenotransplantation. Knocking out pig genes and replacing them with human genes to prevent rejection, and knocking out the PERV genes, would take generations of pigs using standard breeding techniques. With the potential benefits of xenotransplantation seemingly far off in the future, Novartis pulled out. Although a number of scientists and smaller companies continued the research, hope that the problem of organ donation could be resolved in the near future evaporated.

That is, until last October, when a team of geneticists, led by George Church at Harvard, developed a technique of gene editing known as CRISPR (pronounced, crisper). CRISPR works by mobilising nuclease, an enzyme specialised for cutting DNA. It has been likened to a pair of molecular scissors that can precisely delete a gene and insert a new gene. Church and his colleagues used CRISPR to delete a gene common to all 62 of the PERV sequences in the DNA of pig kidney cells, obliterating the ability of PERV to infect human kidney cells. Knocking out a single gene used to take years, now CRISPR can knock out 62 in a single pig generation, which takes just 150 days to grow.

Last week, we saw another leap forward when researchers at the University of California, Davis announced that they had used CRISPR to knock out the section of a pig’s DNA that coded the growth of the pancreas, and replaced it with human genes. Thus, they created a ‘chimeric’ pig embryo that was part-pig and part-human. It is expected that the pig chimera could mature and provide a pancreas that is compatible to humans.

The ingenuity of CRISPR has resolved both major problems that were holding xenotransplantation back. Deleting PERV genes removes the risk of infection, and inserting human genes substantially reduces the problem of rejection. We can, again, be optimistic that those in need will soon be able to receive organs that are precisely designed for them, that are free of the infections and diseases that often accompany human organs, and that do not rely on the untimely death of another person.

Unfortunately, it’s not that straightforward. New concerns are already being manufactured, while old ones might yet be warmed over. In Britain, research into human-embryo modification is regulated by the Human Fertilisation and Embryology Authority (HFEA), which only licensed the first studies in February. In the US, chimera research is not eligible for federal funding. These restrictions stem mostly from an unspecified concern, or ‘yuk factor’, about mixing human and animal DNA. But the ‘yuk factor’ of tens of thousands of people dying a horrible death from organ failure ought to trump the squeamishness generated by chimeras.

Some have raised the more specific concern that a pig with human genes might develop a more human brain, and thus start behaving like a human. The idea of a genetically modified pig suddenly asking us why he is here is fanciful. But just because an outcome is unlikely doesn’t mean it won’t become a barrier to further research. Indeed, few researchers in this field ever saw PERV as a real problem. PERV replicates poorly in human tissue, and extensive investigations of dozens of people who received unregulated pig skin grafts showed no evidence of PERV infection. The presence of PERV was never a sufficient reason to prevent clinical trials. But now that PERV can be removed it may ironically continue to slow progress, as regulators demand the threat of infection be removed altogether before trials can go ahead.

In April, researchers from Guangzhou Medical University in China did something amazing. They used CRISPR artificially to induce a mutation in human embryos to make them resistant to HIV. The embryos they used were flawed and not viable for fertility treatment. Nevertheless, the study drew international criticism for placing us on a ‘slippery slope’ and charging too far ahead before a scientific consensus on the practice has been reached. The Guangzhou team responded forcibly, stating: ‘What is important is that we diligently complete our research and stick to the path we believe… It is the pioneers that will make the rules in this field.’ Good for them. We need more of that boldness to push medicine, science and humanity forward.

Stuart Derbyshire is an associate professor in the department of psychology and A*STAR-NUS Centre for Clinical Imaging at the National University of Singapore (NUS).

Picture by: James Hill, published under a creative commons license.