What the migrant debate reveals about the crisis of popular sovereignty. 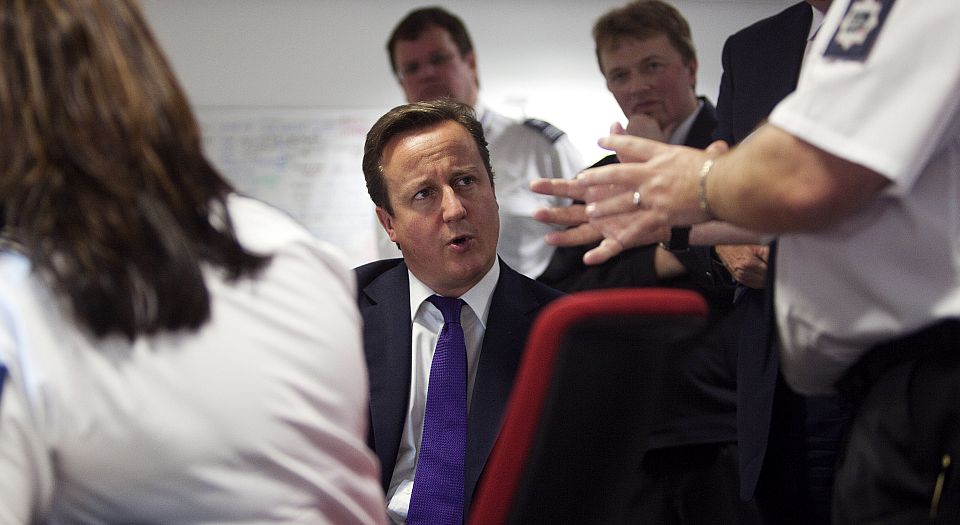 The latest net-migration figures from the UK’s Office of National Statistics are not really that incredible in and of themselves. Of course, some Brexiteers and anti-Cameroons were clearly very excited. After all, net migration from the EU has indeed risen to 184,000, an increase of 10,000 on 2014; more broadly, the overall net-migration figure of 333,000 is the second-highest figure on record. This, according to Remain’s critics and inveterate Cameron-bashers, shows that the government is singularly incapable of sticking to its manifesto pledge to reduce immigration. Those who dug a little deeper discovered that the stats actually showed a slight drop in immigration. The real source of the rise of net migration lay in the low level of emigration – the fall off, that is, in the number of people choosing to leave the UK. Which is hardly a shocking story.

But there is a shocking story here. It’s not statistical, though; it’s political. For what the ONS’s regular drip, drip of arithemtical reality shows us – ‘an awkward quarterly occurrence that the Tories just have to sit through and pretend isn’t happening’, as one journalist put it – is not simply a rise in migration, but something far more profound. It shows a rise in migration that is, by and large, beyond the remit of the UK government to control, either to prohibit or permit. To go further, it reveals a state that has willingly divested itself of its own statehood, a state that has self-consciously disavowed a key power – a crucial aspect of its authority – that has long constituted its claims to sovereignty.

Because that is what the ability to control borders has long been considered: a test of sovereignty, a mark of the extent to which a given territory is subject to the control, and authority of one supreme, and therefore sovereign, power (monarchical or otherwise). So in the fluctuations of the UK’s migration stats, one can glimpse something other than the tos-and-fros of people’s movement – namely the slow-mo dissolution of the state, the transfer of its own powers to an authority before which it is happily subordinate: the EU.

Both the Tory government and the Labour opposition know this, of course. They know how significant it is to have given territorial control over to the EU. And they know how this undermines the state’s ability to exercise an increasingly limited authority over a given area. Hence the bluster about hitting migration targets, reducing incomings, controlling immigration, be it in a General Election manifesto or, in Labour’s case, on a much mocked mug. They even like to appear to be in control, as Cameron showed when fiddling around with the conditions for benefits entitlements for EU migrants, in order, as he put it, ‘to make the UK a less attractive place for EU migrants who want to come here and try to live off the state’.

But the powers are not really there when it comes to migration from within the EU. The EU citizens directive, introduced in 2004, saw to that. It set out the right of citizens and family members to move freely around the EU for purpose of employment, study and retirement. Not complete freedom; conditions are attached. But sufficient freedom, freedom enough to trump a member state’s one-time authority to decide who could and who could not enter its territory.

The wilful dishonesty of Cameron and Co, of those who claim you can have EU membership and control over borders, is striking. They know full well that sovereignty has been dissolved in the EU, that national powers have been pooled in the nebulous, secretive collective of the European Council, which sits at the heart of the EU’s byzantine edifice. But they pretend otherwise. They act as if the latest migration stats don’t exist, as if the reality of migration flows within the EU is an inconvenient statistical anomaly, a truth to be keenly ignored. They act as if they are sovereign when they are not.

Not that those on the left are any more honest. For them, migration stats, and the immigration issue in general, are something to be passed over as quickly as possible, lest the natives catch sight of them. It’s as if the mere discussion of the issue of migration is somehow playing on people’s latent racism, their irrational fear of the other, their nasty loathing of the foreigner. To suggest otherwise, to suggest that immigration, and national borders, ought to be up for public debate and discussion, that national, popular sovereignty and democracy are entwined, is apparently to endorse the ‘broader UKIP-isation of British politics’, as one left-leaning commentator put it, or, as another put it, to encourage the ‘wrongness of public perception’. Such a refusal to engage in any meaningful way with the issue of immigration was encapsulated by the response of Labour’s shadow minister for Europe, Pat Glass, to a voter in Sawley, Derbyshire who was complaining about an influx of newcomers to her town. Glass called the voter a ‘horrible racist’, and told a radio station she was ‘never coming back to that town’. Out of political sight, out of political mind.

Hypocrisy and double standards abound on the issue of immigration. But these evasions of reality, these determined deceits, are not political character defects. They’re a necessary, twofold response to a reality that the political elite finds unbearable – a reality in which its members have given up not just on national sovereignty, but on popular sovereignty. Or, to put it another way, we have a Tory leadership that has given up on the state, and a left that has given up on the people.