The Mau Mau rebels were more than victims

Reducing the Kenyan uprising to a colonial morality tale does it a disservice. 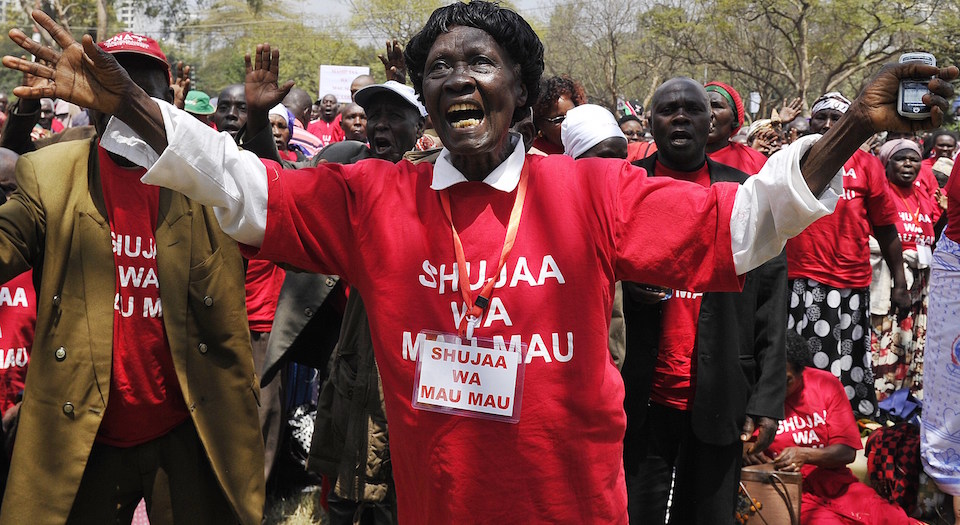 Litigation has now commenced in the UK High Court relating to alleged human-rights abuses during British colonial rule in Kenya. Two law firms are bringing claims for damages on behalf of over 1,500 Kenyans. The claims relate to their treatment at the hands of the British authorities during a state of emergency that lasted from 1952 until 1960.

The state of emergency meant the colonial authorities, supported by the Kenyan police force, were granted wide-ranging powers to arrest and detain citizens. The state of emergency was declared following the outbreak of what has become known as the Mau Mau uprising. The Mau Mau rebels were commonly portrayed as radical Kenyan nationalists, bent on kicking out the British administration and restoring appropriated lands to the native population.

Much of the legal case so far has focused on the jurisdiction of the court, and whether or not it should hear the case at all. In October 2012, the High Court ruled that a fair trial could take place despite the fact that almost everyone involved in the colonial government was dead. This decision prompted the UK government to offer a limited settlement in 2013, including compensation and a new £90,000 memorial in Nairobi to honour the ‘victims of colonial torture’.

There is, by now, no doubt that many Kenyans – many of whom had no documented links to the Mau Mau – were treated appallingly during the state of emergency. In her Pulitzer Prize-winning book, Britain’s Gulag: The Brutal End of Empire in Kenya, historian Caroline Elkins – who has given evidence in the course of the litigation – revealed that the extent of Kenyan internment during this period was more extensive than previously thought. As many as 150,000 Kenyans, she wrote, were detained during the emergency. By late 1953, detention camps had been set up across Kenya to house suspects. It was in these camps that many acts of torture were alleged to have taken place. One claimant says that she watched her daughter’s fingers being cut off. Other allegations describe prisoners being set on fire and beaten to death.

However, the case has often been discussed in a simplistic and moralistic way. Many described the 2013 settlement as ‘justice at last’, as if merely the recognition of wrongdoing and a compensatory payment represented a fair outcome for all those affected. While many have held up the litigation as an opportunity for Britain to reckon with its colonial past, other commentators have focused on the cruelty of the Mau Mau movement itself. Some have even said that Mau Mau violence against Kenyans showed that anyone who was involved in the movement was a nationalist extremist and just as evil as the British administration.

Both of these perspectives have some truth to them. The British administration reacted to the uprising in a brutal and authoritarian way. It is also true that the Mau Mau movement brutally punished those who stood in its way. But to remember this period solely as a moment of colonial cruelty, or, alternatively, as a violent civil war that could only be halted by the intervention of an authoritarian colonial government, would be to ignore one of the most significant factors in the Mau Mau uprising: Kenyan agency.

The Mau Mau uprising represented a reaction to the draconian behaviour of the British authorities. The causes of the uprising were complex, but historians tend to recognise that it was the brutal programme of land appropriation by European settlers and the British administration that gave the uprising its dynamism, leading many radicalised Kenyans to think they had no other choice than to fight. The British administration had been using land ordinances to appropriate land from Kenyans since the turn of the century. By 1952, European settlers had appropriated close to 60,000 acres that had once been used by natives to make a living.

The Mau Mau fighters were not straightforward victims. They were a network of people who were violently unhappy with their lot. Their commitment to regaining their land led them to commit significant acts of violence against other Kenyans who refused to sign up to their cause. The Lari massacre alone claimed 120 lives, and they also attacked innocent settler families. But the uprising and the state of emergency that followed it were both part of a complex interaction between a floundering administration and a disenfranchised population. In such a complicated political moment, legal concepts of liability, blame and cause-and-effect cloud the moral and political complexity of the time.

The Mau Mau case is not about understanding the past. From the off, it’s been fueled by our compensation culture, a desire for recognition rather than justice, and the British state’s profound nervousness about its history. But the Mau Mau uprising is too significant to be reduced to human-rights abuses or the suffering of individual claimants. Doing so runs the risk of underselling the uprising’s revolutionary character, and denying the Mau Mau rebels their place in history.