Training, trendy initiatives and government meddling are the real time-wasters. 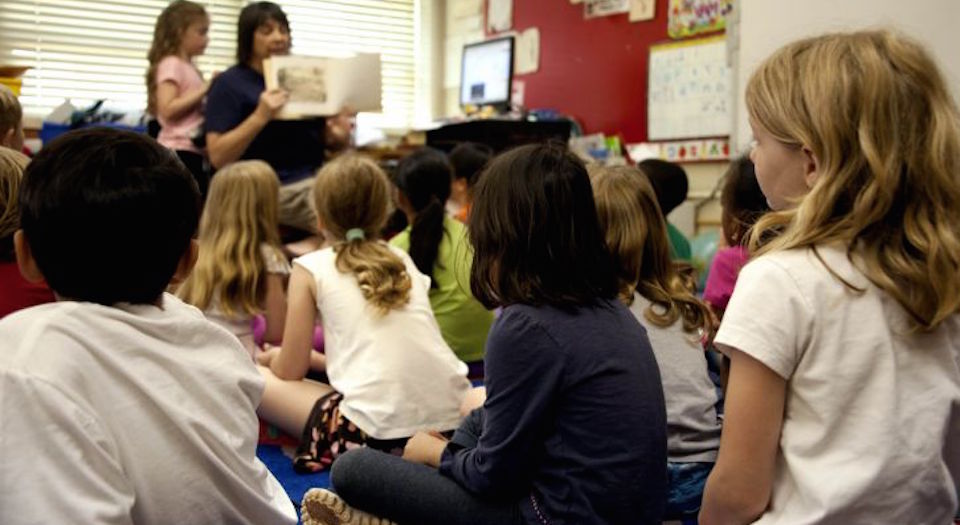 So, going on holiday with your family is coming dangerously close to being a crime, unless you do it when the state tells you to.

The Department for Education (DfE) is now threatening to toughen up the law on parents taking their children out of school during term time, in light of Jon Platt’s refreshing victory over the Isle of Wight Education Authority.

If you want to know why the government’s decision to tighten the law on term-time absence should be opposed by parents and teachers everywhere, you need only look to the statement provided by the DfE following Platt’s case: ‘The evidence is clear that every extra day of school missed can affect a pupil’s chance of gaining good GCSEs, which has a lasting effect on their life chances.’

‘Extra’ is a small word, but here it belies a massive hypocrisy. In using lesson time for purposes other than the formal transmission of knowledge, Jon Platt was only following a practice that has been endemic among school authorities for years. The days Platt’s daughter spent out of lessons were in addition to ones she had spent out of lessons because of the state.

When it comes to the pillaging of the timetable, it is not parents but the state that is the guilty party. Here are five ways in which schools are the real lesson-snatchers.

Every parent knows that there are five days in the school year when they have to arrange childcare because school is closed. What is so important that it means children are kept out of school for a week each year, denting their GCSE grades and life chances? The in-service training of teachers (‘Inset’).

Inset days take place whether or not the teachers require them. In my own experience, this vital ‘training’ has involved, among other things, banging a drum as part of a Latin American street band; covering a wall with Post-It notes, bearing the definition of the word resilient; and play-acting at being a difficult student. And that’s before we get to the obligatory safeguarding training about how to spot signs of child abuse, which has consisted of the same Powerpoint, every year, in every school, for the past eight years.

If we scrapped Inset days, every child could go on holiday during term-time for a week each year without incident.

Motivational speakers, Brain Gym sessions, charity workers going on about cognitive behavioural therapy, body-image consultants, yet more self-appointed safeguarding ‘experts’… Schools routinely open their doors to anyone who wants to grab whole chunks of the school day to push their fashionable fancies on the young.

Added up over a year, it amounts to days’ worth of fretting about personal problems. Perhaps a fraction of it might have been useful to a handful of children. Nevertheless, it is no substitute for real subjects, which can truly expand students’ horizons.

For more than a generation, what happens in lessons has been dictated by Ofsted, government and state-approved education specialists. Their watchword is engagement: unless your teaching panders to low-attention spans and serves up non-challenging content, you’re guilty of not catering to students’ individual needs and learning styles. Hence the plethora of poster-making, DVD-watching, faux-debating and role-playing that passes for education in many schools.

This is all a profligate use of time, which, as teacher-commentator Tom Bennett put it recently, is ‘lighting cigars with fivers made out of children’s opportunities’. So what if a student visits Greece in term time? At least their inevitable poster of the Acropolis will be better informed.

As a result of the DfE’s Every Child Matters policy, and the statutory requirement that all pupils make sufficient progress at school, today’s teachers are encouraged to do whatever it takes to ensure students maximise their exam success. In addition to teaching and assessing a topic, a teacher is now expected to offer detailed written feedback to each pupil, provide reams of evidence of work, offer bespoke support, run revision classes and issue individualised targets.

There are two unintended consequences of this new regime: first, it undermines students’ autonomy and discourages them from taking responsibility for their intellectual fate; secondly, it means wasting time revisiting old material again and again in a bid to minimise exam-failure.

An hour a day is lost to poor behaviour in today’s classrooms, according to Ofsted. How come? Are students today really naughtier than in previous generations? Of course not.

What has changed is the exercise of adult authority in the classroom. With government-inspired talk of a mental-health crisis among young people, schools have developed an institutional paralysis when it comes to exerting authority over disruptive pupils.

Bad behaviour is a result of low self-esteem, say the state-sponsored psychologists, and we must therefore do all we can to boost the morale of errant pupils. So, rather than tell them off, teachers are encouraged to pander to the offender with ‘learning conversations’ about their emotions and anger-management. Meanwhile, the rest of the class is forced to endure the pantomime while time burns.