The Human Rights Act is no friend of freedom

The HRA hasn’t protected freedoms – it's undermined them. 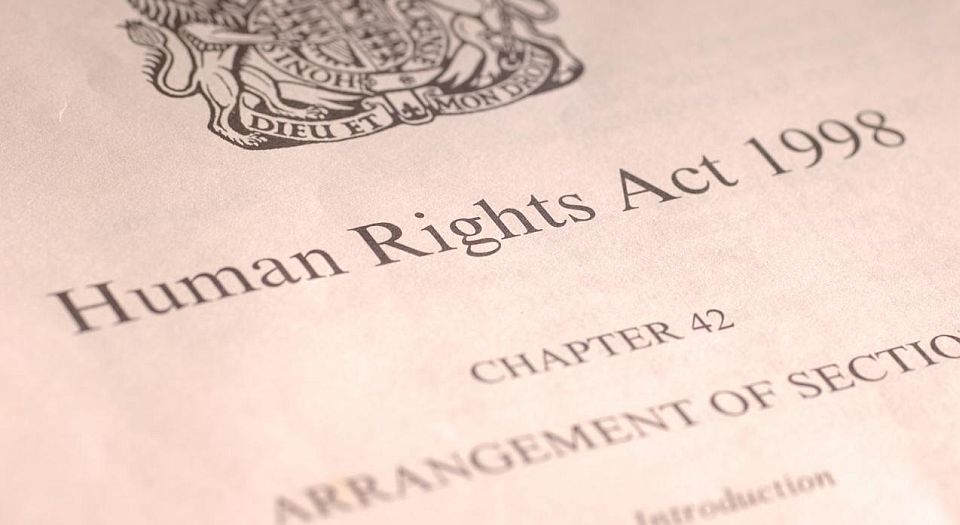 The debate around the European Union has been accompanied by a renewed debate on the Human Rights Act 1998. Depending on who you listen to, Britain’s adherence to European human-rights legislation is either catastrophic or essential. On the one hand, it is argued that human-rights law prevents the government extraditing dangerous criminals, demolishes our national borders and substantially weakens the sovereignty of the UK’s parliament and judiciary. On the other hand, those who support the Human Rights Act tend to present the consequences of abandoning it in apocalyptic terms. According to some, leaving the jurisdiction of the European Court of Human Rights (ECHR) would mean a complete collapse of democratic freedom and an exposure to tyranny.

The Conservative government has spent a long time trying to repeal the Human Rights Act. It formed part of Michael Howard’s election campaign in 2005. In 2006, David Cameron introduced the idea of replacing it with a British Bill of Rights, which then became a pledge in the Conservatives’ 2015 election manifesto. It was thought that a public consultation on the repeal would be published before Christmas last year, but, speaking at the home affairs select committee, the justice secretary, Michael Gove, appeared to put the repeal on hold ‘until 2016’. Last week, the home secretary, Theresa May, raised the debate around human rights in the context of the Brexit campaign, saying that ‘regardless of the EU referendum… if we want to reform human-rights laws in this country, it isn’t the EU we should leave but the ECHR and the jurisdiction of its court’.

The Conservative argument against human rights is fundamentally that it limits the UK’s national sovereignty. When Abu Qatada, the so-called spiritual father of al-Qaeda, spent over a decade in UK custody awaiting extradition, Theresa May blamed the ECHR, which had, she said, ‘moved the goalposts’ by establishing new legal grounds for blocking Qatada’s deportation. Hence it is often suggested that the UK justice system is held in a stranglehold by the European courts.

It is true that the Human Rights Act does have an impact on the sovereignty of both UK courts and legislators, but it is also important to recognise that it is not as powerful as is often suggested by those seeking its repeal. It does bring the European Convention on Human Rights into UK law, which means that British judges have to ‘have regard’ to decisions of the ECHR when they make their rulings. It also means that legislation made by parliament can be declared incompatible with European human-rights law. However, the Human Rights Act gives significant leeway to British courts and legislators to interpret European law. Because our courts have become very adept at explaining how their decisions accord with the European jurisprudence, the ECHR will ‘almost invariably’ find in favour of the UK when a challenge is brought. The Human Rights Act has done nothing to stop the UK government passing all sorts of laws which fundamentally undermine the very freedoms it was established to protect, including many laws which criminalise free expression.

This is what makes it bizarre that those who champion human-rights law often present it as the only means to secure our democratic freedoms. A report by the House of Lords European Union justice sub-committee claimed the repeal of the Human Rights Act would start ‘unravelling’ the constitution and undermine the UK’s ‘moral authority’. A video released by the Remain campaign, starring veteran actor Patrick Stewart, suggested that the ECHR had been responsible for trial by jury, the abolition of slavery and the right to free expression. Human-rights lawyers often present the Human Rights Act as the achievement of centuries of popular struggle. A timeline of human rights on the website of campaign group Liberty shows the establishment of the Human Rights Act on the same continuum as the abolition of slavery and the decriminalisation of homosexuality.

The attribution of these fundamental freedoms to the EU, or to human-rights law, shows that its defenders are as deluded as its detractors. Of course, none of the rights cited by the Remain campaign is a result of our relationship with Europe. Britain abolished slavery in the British Empire in 1833. Trial by jury has its roots in Antiquity, but was formally recognised by article 39 of Magna Carta in 1215. Homosexuality was officially decriminalised in 1967 as a result of limiting the operation of the criminal law, not by granting any specific ‘right’ to be homosexual. Indeed, UK criminal law remained heavily discriminatory against gays for decades after 1967. Far from protecting free expression, the Human Rights Act has presided over the imprisonment of people for what they say, whether that be Twitter trolls or apparent preachers of ‘hate speech’. Far from protecting fundamental rights, the Human Rights Act has given official sanction to laws that fundamentally undermine them.

Those opposed to the Human Rights Act paint it as a devastatingly effective way for criminals to evade justice. Its supporters describe it as the legacy of the Enlightenment and a vital protection against the excesses of executive power. Both of these positions demonstrate rampant intellectual dishonesty. The Human Rights Act should be repealed, not because it makes our courts ‘slaves’ to foreign powers, but because it has done nothing to stop clamp downs on democratic freedoms over recent decades. Political freedom cannot be granted by a silver bullet of legislation. It has to be fought for. If human-rights supporters are serious about securing genuine freedom, they should begin by arguing to repeal the reams of legislation that have built up in opposition to fundamental rights over recent years, and the Human Rights Act that has supported and rubber stamped their imposition.