Brexit is no ‘leap in the dark’

We don’t need to decide on a blueprint for a post-EU Britain – we just need to take back control. 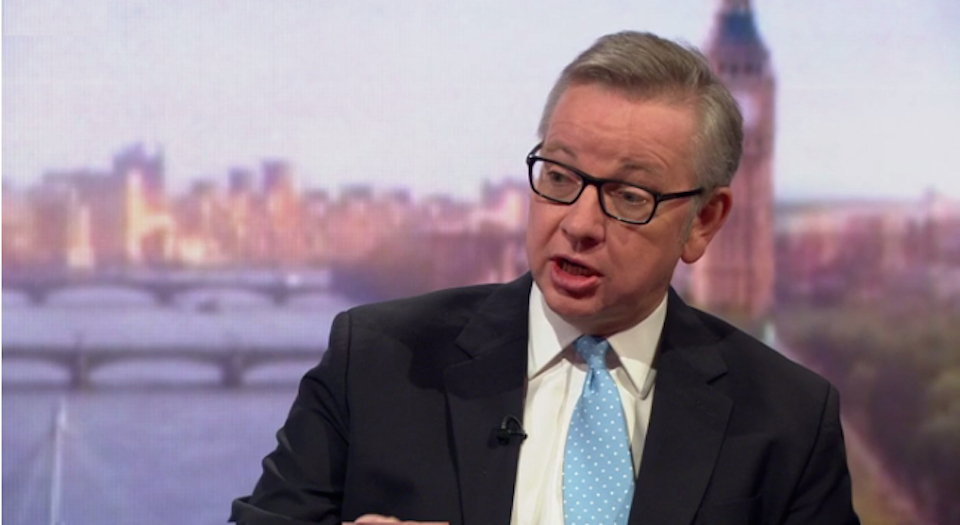 Perhaps the biggest issue in the EU referendum campaign has been the future of the UK economy after Brexit. The Remain side has constantly talked up the dangers of leaving the EU. We are told the UK’s exports of goods and services would be subject to tariffs and other barriers if we left, that, unless we agreed to remain in the single market, we would have to accept many of the rules we are subject to now, but with no say in what those rules would be. If we wanted to forge new trade deals, we would be, as President Obama put it during his recent visit, at ‘the back of the queue’.

Last month, the chancellor of the exchequer, George Osborne, offered a report by the Treasury as a warning: if the UK could only get a trade deal as good as Canada’s recent agreement, GDP would be £4,300 per household lower in 2030 than if we stayed in the EU. ‘The conclusion is clear for Britain’s economy and for families – leaving the EU would be the most extraordinary self-inflicted wound’, Osborne claimed. In reality, the claim is that the economy would have grown by six percentage points less than if EU membership were maintained. The economy should still be considerably bigger than now, and the loss would be much smaller if a free-trade deal with the EU were to be struck.

The following day, the justice secretary, Michael Gove, hit back, claiming that after leaving the EU, the UK would become part of ‘a free-trade zone stretching from Iceland to Turkey that all European nations have access to, regardless of whether they are in or out of the Euro or the EU’, and even if we decided to end the right of free movement for EU citizens to the UK. Naturally, Gove’s claim that the UK could have free trade without free movement was rubbished by the Remain side.

But why should those of us who want to leave the EU feel any obligation to accept the particular vision of the UK’s future offered by Gove or anyone else? Why the insistence that we couldn’t vote to leave the EU without a clearly worked out plan about what happens next? The referendum question boils down to the question of control: who decides what the UK should do in relation to the economy, immigration, trade rules or anything else? Those things should be decided in Westminster, not Brussels.

If we vote to leave, all those other questions need to be fought over by our elected representatives here in the UK – and if they come up with the wrong answers, we have the chance to kick those MPs out and replace them with others. Gove believes we should have free trade but restrictions on immigration. I would argue that people from around the world – not just from the EU – should be as free as possible to come to live and work in the UK. I think that the argument for free movement can be won – but simply imposing the right of free movement for those from EU member countries is undemocratic and the cause of considerable resentment.

It is entirely legitimate to think through the possible options for the UK after Brexit in advance of the poll. By doing so, we can vote to leave with confidence, knowing that there are a range of options, each with its pros and cons, to choose from. But it is not legitimate to demand that we vote on any one of those in particular on 23 June. It should be for the British people to decide how our post-Brexit future should look, not the particular set of politicians that happen to have been granted (by the Electoral Commission) the status of the official Leave campaign.

At least Gove, for all his other failings, identified the central question of the campaign and rightly slammed the Remain side’s pessimism and risk aversion. ‘Britain is a great country… And yet the In camp try to suggest that we’re too small and too weak, and our people are too hapless and feckless to succeed without Jean-Claude Juncker looking after us. That’s a deeply pessimistic and negative vision. Britain could do better. We are a uniquely inventive nation and our greatest invention is representative democracy: the principle that the people who run our country should be chosen by us and can be kicked out by us.’

All the Remain side has offered is a miserable – and woefully inaccurate – vision of penury outside the EU. Leaving would be too risky, a ‘leap in the dark’. This is the precautionary principle writ large. Are we so institutionalised by the EU that we cannot conceive of a future outside it? Many members of the British elite seem to be all too happy to have our choices dictated by Eurocrats rather than thrashed out here at home.

Britain’s economy can thrive just as well outside the EU as within. Better still, our future will be more in our own hands than at any time in over 40 years. We should seize the opportunity to escape the stifling, undemocratic rules of Brussels bureaucrats and put power back where it belongs – with the people.