Sadiq’s victory: so where are all the Islamophobes? 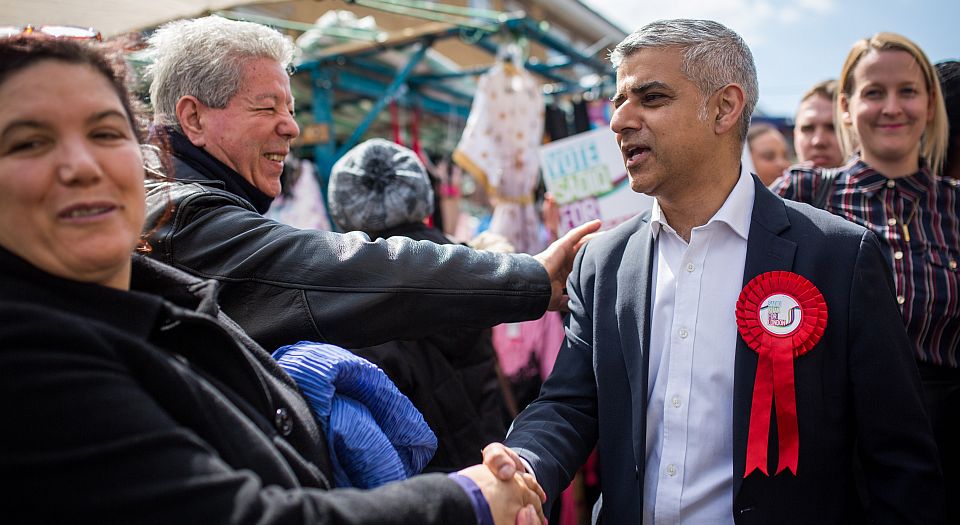 Sadiq Khan’s victory in the London mayoral contest raises a big, awkward question: where are all the Islamophobes?

Where’s that seething mob of Muslim-haters that the liberal media have been warning us about for 20 years now? Where is that ‘dread and dislike of Muslims’ the Runnymede Trust fearmongered about in 1997? Whatever happened to ‘Britain’s new disease – fear of Islam’, which the Independent tub-thumped about a few years back? Where’s the ‘rising scourge of anti-Muslim hatred’?

‘We’ve underestimated the scale of Islamophobia’, experts said; apparently, ‘we are today no closer to tackling anti-Muslim hatred’, they claimed, just months ago. Yet now, in the capital city of this apparently Islamophobic nation, this diseased country, a Muslim has just won the largest direct political mandate in British history. Khan – or just Sadiq, as he’s affectionately known by most Brits – got 1,310,143 votes, beating the Tories’ Zac Goldsmith, who got 994,614 votes.

Sadiq’s win isn’t only a blow to the Tories, and maybe a bit of a worry for Labour leader Jeremy Corbyn, if the Khan-v-Corbyn stories are to be believed. More fundamentally, more brilliantly, it explodes the propaganda of the Islamophobia industry. It shatters the claim that Brits have a weird, racialised problem with Muslims, which has been made for more than a decade everywhere from the Guardian to those endless studies of our allegedly warped attitudes. It suggests that if there is any swirling, irrational fear in modern Britain, it isn’t among ordinary people who are in a panic about Muslims – it’s among the media and political set, who are in a panic about ordinary people and their allegedly foul, prejudiced ways.

As we watch Sadiq beaming from our TV screens and newspapers, riding on a wave of London support, it’s worth reminding ourselves what has been said about Islamophobia in recent years. It has become ‘socially acceptable’ to despise Muslims, said the Tory peer Lady Warsi. The hatred for Muslims is ‘reminiscent of the gathering storms of anti-Semitism in the first decades of the last century’, said former Respect Party leader Salma Yaqoob. In short, we’re becoming like Nazi Germany, except with Muslims rather than Jews on the receiving end of our spite. Try to imagine a Jew being elected mayor of Berlin in the 1930s; yet a Muslim has just been elected mayor of London.

Islamophobia obsessives especially like to talk up the lurking, shadowy threat of anti-Muslim violence, liable to burst forth in response to an Islamic terror attack. At the end of last year, following the Paris attacks, a Guardian columnist said we mustn’t see ‘anti-Muslim prejudice as the preserve of a few knuckle-dragging thugs’; no, it’s everywhere, and it’s ‘sanctioned… by the media’. You know what that means: ordinary people, lacking the cool, good sense of the chattering classes, are not capable of sieving good media messages from bad ones, and therefore if the media sanction Islamophobia they will become Islamophobic. That there has been no post-terror violent backlash hasn’t stopped them from fretting about one.

And now? Far from beating up a Muslim politician, or having him sent to a gas chamber, as some of the more unhinged commentary on Islamophobia gave the impression we might do, more than a million of us have made one our mayor. If Brits really were a diseased mob of Islam-fearers, you might expect that Zac Goldsmith’s slippery campaign to make Sadiq appear as a friend of Islamist extremists, and a threat to our security, would have had some traction. But it didn’t. It was an abject failure. Because Britons are not what the elites claim they are.

Here’s the really pressing question, one that no one’s asking: why did Zac and his team think that stirring up fear of Muslims might work in their favour? Everyone is now slamming Goldsmith, which is fair enough: he fought dirty. But where might he have got the idea that there was a sewer of Islamophobic sentiment for him to wade in? I’ll tell you where: from the very people now ridiculing him. From the opinion-forming set, the leftish media, the respectable expert class, think tanks, Muslim groups, all of whom insisted for years that Brits fear and hate Muslims. People are programmed by the media to see Muslims as dangerous, they told us endlessly, so it makes perfect sense that Zac would try to tap into this. For all the post-election Zac-bashing, his campaign was surely fuelled by the lies and misinformation of the very Islamophobia-obsessed media now attacking him, which gave him, and many others, a totally skewed impression of Brits as being disgusted by Muslims.

We now know how thin and unreal all the talk of Islamophobia has been. Islamophobia is a fantasy, an elitist conceit. It’s time we saw the obsession with Islamophobia for what it is: a cover for the elite’s expression of its own prejudices against ordinary people. This is the dark irony of the anti-Islamophobia set: under the guise of tackling prejudice against Muslims, they pump out prejudice against Britain’s native white working classes, whom they depict as easily led, hostile to outsiders, given to malice; dumb, tribal, violent. Through the Islamophobia script they express their sneering contempt for the public in a seemingly PC way.

But it is they, not the public, who think in a hyper-racialised way; it is they who speak of Muslims as one, victimised bloc, white people as problematic, communities as unpredictable and in need of policing. The racial imagination is theirs, not ours. In electing Khan, loads of everyday Brits have shown that they don’t care what religion people are, or what colour their skin is, and have proven themselves more progressive and urbane than the truly race-obsessed and truly fearful elites.