A sordid attempt to whip press freedom into submission 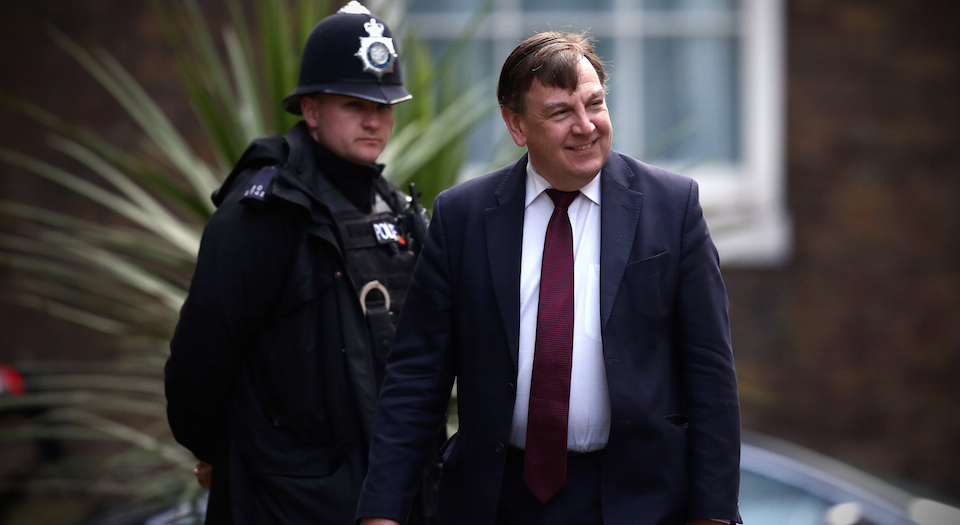 For five years, UK crusaders for state-backed press regulation have sought to present themselves as the principled, high-minded voice of decency, in contrast to the supposedly lowlife tabloids. They have claimed their aims are to protect people’s privacy and raise public standards of media responsibility; to create, in the words of the celebrity-fronted lobby group Hacked Off, ‘a free and accountable press’.

Some of us have long argued that these crusaders are actually guilty of double standards and levels of deception that would put any old-style tabloid hack to shame. Now the truth stands revealed for all to see.

The story, such as it is: a couple of years ago, Whittingdale, who was then a single man and not a government minister, met online and dated a woman who, unknown to him, was working as a dominatrix. When Whittingdale found out about her profession, he ended the relationship. The story of his affair was then offered to various newspapers, for money. The papers involved apparently decided that there was no public interest in publishing it. Whittingdale was divorced, and since he was neither a campaigner for traditional family values nor a parliamentary scourge of the sex industry, there was little sign of the political hypocrisy that the tabloids traditionally like to get their teeth into. Deciding ‘Single man innocently goes out with woman’ was not much of a headline, they all declined to pay for the putative ‘scoop’.

Yet now this apparently reasonable editorial decision has belatedly sparked outrage among Hacked Off, Labour and the BBC. We have therefore witnessed the bizarre spectacle of alleged privacy campaigners protesting at the failure of the tabloid press to expose the private life of a public figure.

It should now be clear that these crusaders have no principled attitude to privacy (apart from their own, of course). The one consistent aim they fight for in all circumstances is the public humiliation and regulatory hobbling of the hated dirt-digging press. When it suits that war aim, they wave the flag for privacy, as in their deployment of high-profile victims of phone-hacking as human shields behind which to advance their crusade. But, when it suits their agenda, they will also attack the press for refusing to invade a politician’s privacy.

Hence the latest demands for Whittingdale to be relieved of his responsibility for press regulation. The implication is that, because of the non-story of his affair, he might somehow have been pressured into doing the press barons’ bidding. Labour shadow culture secretary Chris Bryant even suggested that the press had been hanging the threat of publication as a ‘sword of Damocles’ over Whittingdale’s head. This looks like the worst kind of conspiracy theory, one without any evidence to support it but which surely ‘must’ be true simply because it implicates your enemies.

The real reason why Labour, Hacked Off and the rest want rid of Whittingdale is not because he is doing the bidding of Rupert Murdoch, but because he has failed to do the bidding of Lord Justice Leveson. He has not pursued all of Leveson’s proposals for tougher press regulation. In particular, he signalled a few months ago that he was currently ‘not minded’ to sign into force a new law which would make newspapers liable for all legal costs of both sides, even if they won the case, unless they had signed up to an officially recognised regulator.

There is not a scrap of evidence that Whittingdale took this decision under pressure or duress. On the contrary, he has long expressed doubts about Leveson’s punitive proposals. Back in 2012, a year before Whittingdale’s ill-fated affair and just as Leveson was preparing to publish his report, I shared a platform with Whittingdale and Professor Tim Luckhurst of the University of Kent at a London rally to launch a free-speech campaign. While Whittingdale may not quite have shared my free-press-fundamentalist views, he clearly did not need coercing into opposing state regulation.

Ah, protest the crusaders, but the tabloids have refused to expose a Tory politician’s private life at the same time as they have been fighting to overturn an injunction and win the right to expose the sex life of a celebrity! Doesn’t this prove that the press are the ones with double standards?

Well, we cannot speak for the motives of the national press. But, in fact, there is a consistent reason why we at spiked oppose both the campaign to expose Whittingdale’s private life and that privacy injunction imposed by the court of appeal. That principle is press freedom.

As argued here last week, even those of us who care little or nothing about celebrity sex lives should care about the courts trying to gag the press. There are far bigger issues involved, to do with the power of judges to decide what might be in the public interest and to dictate what news is deemed fit for us plebs to read. By the same token, we are entirely opposed to any attempt to use the private life of a politician as a stick to beat the authorities into imposing new rules and legal regulations on the press.

In both cases, the non-negotiable principle is support for freedom of the press, with no double-standards in sight. Yet the response to these scandals elsewhere has demonstrated how fragile support for that vital liberty is in the UK today.

It is remarkable how many public figures in Britain will make great play of their support for free speech in principle, yet show contempt for press freedom in practice. It brings to mind an exchange from the opening act of Tom Stoppard’s 1978 play, Night and Day. One character declares that ‘No matter how imperfect things are, if you’ve got a free press everything is correctable, and without it everything is concealable’. To which the second character responds: ‘I’m with you on the free press. It’s the newspapers I can’t stand.’

That attitude goes to the top of our allegedly liberal elite. It is why, shortly after Leveson’s report, the leaders of all the major UK political parties agreed a late-night deal with the unelected, unaccountable snobs of Hacked Off to create a new official regulator by Royal Charter – a suitably ancient instrument to create the first system of state-backed press regulation in Britain since Crown licensing ended in 1695.

Unsurprisingly, the 21st-century UK press refused to bend the knee to royal decree. Now we are witnessing the likes of the Labour Party and the BBC enthusiastically pursuing the Whittingdale affair in an effort to bring the press in line.

If anybody doubts the scale of this problem, let them look again at that list of more than 200 ‘leading cultural figures’ who signed Hacked Off’s demand for the press to submit to regulation by Royal Charter. As I observed at the time, it appeared as if the liberal UK had signed its own death warrant. Tellingly, the long list even includes some who have recently made headlines by speaking up for free speech and against PC censorship – such as John Cleese, Stephen Fry and Peter Tatchell. These apparently intelligent public figures seem to see no contradiction in defending their own right to freedom of speech, while signing up for the crusade against freedom of the press.

Yet a glance at modern history shows that the struggles for free speech and press freedom have gone hand-in-hand for more than 500 years. Freedom of the press has been the public expression of freedom of speech, making it something more than a private matter. When I previously argued for an unfettered free press in the UK, a journalism professor informed me that the notion of an unregulated press is an ‘other-planetary idea’. I asked him if he had ever heard of that other planet, the US. There is a good reason why the First Amendment to the US Constitution links these two liberties inseparably, declaring that ‘Congress shall make no law abridging the freedom of speech or of the press’.

No doubt there have been many problems with the British press, from unwarranted invasions of privacy to a too-close oligarchical relationship with the political class. Some might object to the celebrity gossip of the tabloids, others to the sanctimonious sermonising of the ‘quality’ press. But the fundamental problem remains that the press is not free or open enough. Whatever its shortcomings, there is always one thing worse than a free press, and that is an unfree one.

Let’s leave the last word to Karl Marx, a man whose private life would not have stood up well to close examination by the media. As he told the Prussian state censors more than 170 years ago, ‘you cannot enjoy the advantages of a free press without putting up with its inconveniences. You cannot pluck the rose without its thorns!’ Those pluckers who would use any excuse to try to de-thorn our prickly press today should get a similarly sharp response.