Tax returns and the end of politics

Since when has tax been an index of a politician’s virtue? 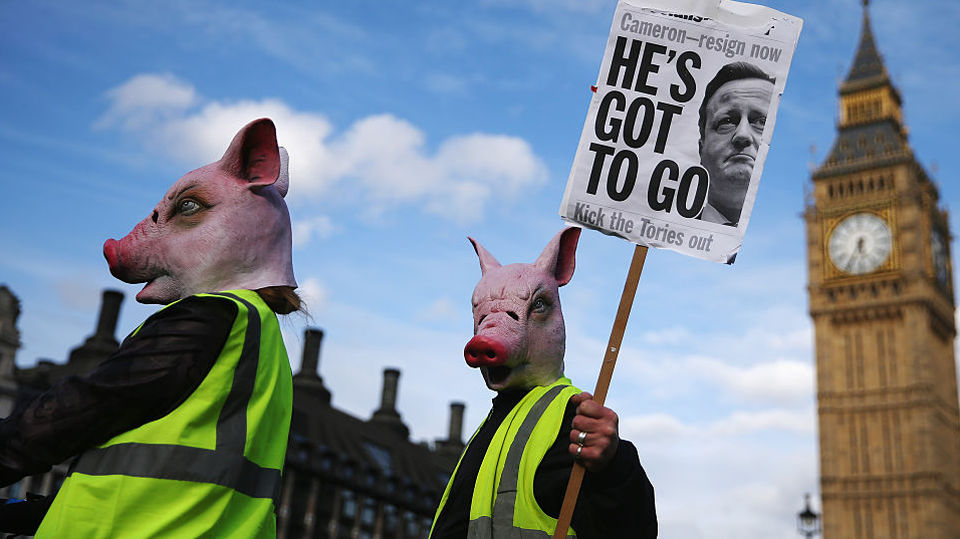 Perhaps this is how Western parliamentary politics will end. Not in dictatorship, but in a flurry of tax returns, combed over by an independent adjudicator in search of minimised liabilities and nifty accountancy. This is the endgame of personality politics, the point at which political principles are finally trumped by political personalities. It really won’t matter what a politician’s ideals are, what he or she wants to do in power. No, what will matter, what will become the ne plus ultra of public life, is how the individual manages his or her financial affairs. Because that will show us, the electorate, what a politician is ‘really’ like, objectively, unarguably, non-ideologically. Political office will be won and lost on the word of Her Majesty’s Revenues and Customs.

This certainly appears to be the destination given our politicians’ current proclivity for letting it all hang out, from their earnings and investments to their tax returns. Admittedly, UK prime minister David Cameron was not so much willing as compelled, in the aftermath of the Panama Papers, to tell all, both about profits he made out of one of his late father’s funds, Blairmore Holdings – which, because it was offshore, meant it was not liable to British corporation tax – and some perfectly legal inheritance-tax circumvention. But others have been positively itching to give their tax returns an airing. So, in the past few days, we’ve now seen Scottish National Party leader Nicola Sturgeon, following in the footsteps of all the London mayoral candidates, publish her tax returns, voluntarily reduced earnings and all, while Labour leader Jeremy Corbyn has suggested that all MPs and, incredibly, political journalists, should publish their financial affairs – just so we can see if there’s any untoward interests involved in public life.

There is a clear assumption underpinning this tax fetish. Namely, that how much tax one pays is an indicator of what type of person a politician is – it provides a window into a politician’s soul, as one pundit put it. Pay the maximum tax required, you’re a good guy; minimise your liabilities, you’re a bad guy. Tax has effectively been turned into a signifier of one’s character, one’s moral worth.

But it hasn’t always been this way, of course. Believe it or not, the taxman has not always been a friend of the people, and paying tax not always unequivocally virtuous. ‘Towards the government I feel no scruples and would dodge paying the tax if I could’, said George Orwell during the Second World War. ‘Yet I would give my life for England readily enough, if I thought it necessary. No one is patriotic about taxes.’ His point was a simple one, and one rehearsed a thousand times in the history of political struggles, from the American Revolution to the present day: he did not support the beneficiary of tax, namely the state. But it’s a point that seems to be missed as the tax return is fetishised, and turned into an unambiguous symbol of one’s moral goodness. It doesn’t matter what tax is spent on, be it a National Health Service or the latest in cruise missiles; all that matters is the act of paying tax in itself, a ritual that now marks one out either as one of the elect, or one of the damned.

However, sympathy for Cameron, now being character-assassinated on the altar of HMRC, ought to be in short supply. He has played a not insignificant role in turning individuals’ legal tax arrangements into a public issue, a demonstration of their moral fibre, even taking time out of a diplomatic trip to Mexico in 2012 to condemn the tax affairs of comedian Jimmy Carr. And it was his chancellor and chum, George Osborne, who placed tackling ‘morally repugnant’ tax avoidance at the centre of his 2012 budget. This demonising of individuals’ financial affairs, of their personal accountancy, made sense, of course. After all, the predominant response to the economic crisis in 2008 was to blame it not on the systemic problems of capitalism but on individuals’ greedy, reckless behaviour, especially that of bankers. By making a show of individuals’ tax affairs, Cameron and Co were merely chiming with the mainstream chorus about the individual causes of the crisis. And in doing so, the economic crisis was turned into a moral crisis, a problem born of the errant behaviour of individuals, rather than the structural problems of a stagnant, credit-fuelled capitalism.

And now, having moralised the economic crisis and further depoliticised the economy, and, with it, having helped transform tax into an index of individual virtue, Cameron and his cronies are reaping what they helped to sow. They turned tax into a sign of moral character and now they are to be judged.

But, beyond the Schadenfreude, there is nothing edifying about the spectacle of politicians turning out their pockets down to the very last tax receipt. Not only does it continue the depressing trajectory of personality politics, reducing political debate to a reality TV-style popularity contest, complete with an objective HMRC component — it also outsources the act of judgement to tax auditors, to those who would evaluate character on the basis of capital gains allowance. Is that really how one should judge a person, let alone a politician?

There is a genuine, important debate to be had about taxation, not least inheritance tax. It does touch on issues of equality of opportunity, and, in the case of inheritance tax, the extent to which economic privilege is effectively kept in the family. But the debate shouldn’t be about individuals making decisions within the law, Cameron included; it should be about whether to change the law itself. So, if you must argue about tax, don’t shame individuals, challenge the legislation. But better still, let’s talk about the far larger economic and political problems humanity faces today, which tax will go nowhere towards fixing.

Tim Black is a columnist at spiked. He is the editor of the spiked review.