Moral disgust with the super-wealthy is such lame socialism. 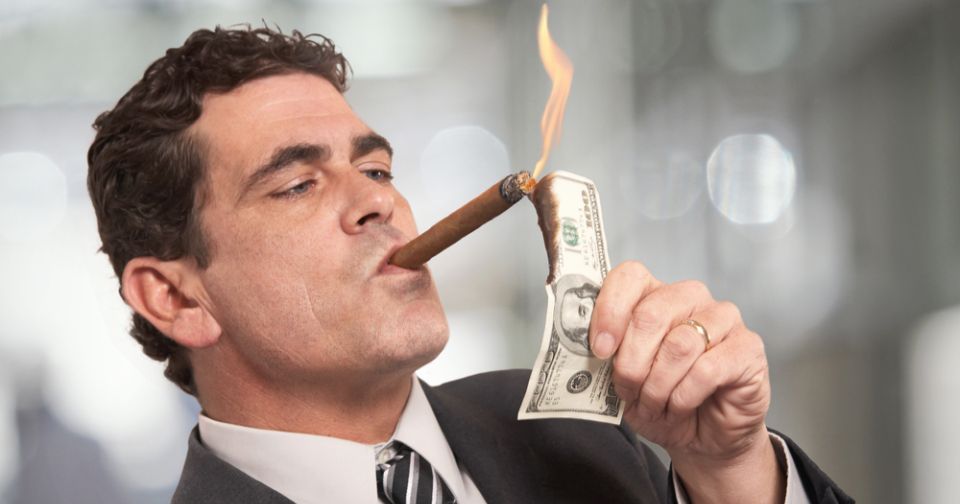 Right now, nothing better captures the shallow moralism of our age, the preference for ritualistic denunciations of ‘the wicked’ over serious discussion of the problems facing mankind, than the reaction to the Panama Papers. This unprecedented leak of the financial shenanigans of 214,000 entities, who’ve been evading tax and piling up mad amounts of cash overseas, has given rise to a carnival of media fury over the decadence of the filthy rich. It is all presented to us as a reckoning with the wealthy, a challenge to the architects of the West’s economic downfall, but it’s nothing of the sort. In fact, the high moralism and middle-class tut-tutting of the Panama Papers fallout speaks precisely to the dearth of any serious intellectual debate or radical challenge to Western capitalism today.

There are two notable things about the Panama Papers fuss. The first is how unsurprising the revelations are. The rich store wealth in offshore accounts? What next – newspaper stories about bears taking shits in the woods? Ours is a leaky era in which all sorts of political and diplomatic secrets are let out by self-satisfied warriors for transparency; yet now we have the leaking of open secrets, the drum-roll revelation of what everyone surely already knew. The second striking thing is how sixth-former and emotionalist the response has been. Obsessing over the avarice and decadence of the wealthy has taken the place of a cool-headed analysis of the structural decay of Western economic life. We’re invited to shake our heads at the sins of the rich rather than engage our brains about the decline of economic vitality.

The media headlines about the Panama Papers are shot through with disgust for the attitudes and morals of the rich. We’re told we are ruled by a ‘greedy global elite’. That the world has been plunged into economic mayhem by the ‘gods of avarice and greed’ who ‘stomp over the political landscape’. These leaks have exposed ‘greed of gargantuan proportions’, apparently. All of this is in keeping with how the economic crisis has been discussed for years now: as a downturn brought about by ‘venal and greedy’ people, usually bankers, but also other financial types and some moneymaking politicians, too. Their lack of moral restraint – as revealed to us in article after article about their bonuses, their fast cars, their champagne lifestyles – apparently triggered the economic and social malaise we’re currently living through. The message, time and again, is that immoral behaviour, decadent behaviour, engineered economic collapse.

To say this is a partial explanation for the crisis would be the understatement of the millennium so far. Of course, humanity has long had an instinct to explain social crises through the idea of decadence. When society reaches a tipping point or finds itself propelled into full-on crisis, there has been an historical tendency to interpret it all through the prism of excess and opulence. From the image of Nero playing the fiddle as Rome burnt in 64 AD to the legend of a plump, aloof Marie Antoinette saying ‘Let them eat cake’ to peasants who had no bread, there’s been a temptation to explain political, economic and moral crises with reference to the avaricious antics of a few. This idea that sinful behaviour can bring about society’s downfall is both way too narrow – focusing on people’s morality, or lack of it, above everything else – and it can also serve as a distraction from getting to grips with the often huge social and economic forces that really store up and sometimes detonate periods of crisis.

And yet today, we have the return of the decadence explanation. The past five years of banker-bashing, fatcat-mauling and now the media salivating over the Panama Papers all contribute to the idea that certain people’s greedy urges, their excessive appetites, brought economic life crashing down. Such moralism does nothing whatsoever to explain, far less address, structural economic problems, and in fact it can distract attention from them. Indeed, one reason why so many companies and wealthy individuals store great wads of cash around the globe, why they sit on what one report in 2014 referred to as ‘mountains of cash’, is because there is a severe dearth of investment in productive capital today. Their cash-hording speaks less to greed than it does to the caution of modern capitalism, to its disarray, risk-aversion, its unwillingness to engage in serious innovation or investment. Even to explain all those mountains of cash as simply a product of greed misses the structural and intellectual crisis of the capitalist system more broadly that now encourages risk-dodging restraint over the innovative approaches of the past.

Yet instead of engaging in the hard task of analysing and starting to overcome the rut Western economic life finds itself in, observers indulge in anti-greed virtue-signalling. This is best summed up in the figure of Jeremy Corbyn, Labour leader and supposed old-school socialist. His post-Panama approach has been to bash PM David Cameron over his tax return rather than his economic policies; to have a moan about Cameron’s dad and his tax behaviours (without any complaints from the broadsheet press about invading a politician’s privacy, as they said when the Daily Mail went after Ed Miliband’s dad for being a Marxist); and even to propose colonial-style direct rule in British overseas territories in order to limit their ability to act as tax havens. That will sort the economic crisis – a bit of moral imperialism! Everything Corbyn has said has exposed the left’s substitution of moralistic posturing for radical thought and politics.

Today, the decadence explanation is even worse than it was in the past. For it is no longer just the rich or cut-off who get it in the neck for being greedy – so do ordinary people. Witness the ease with which media and campaigning anger can turn from fat cats on mountains of cash to the ‘affluenza’ of everyday people or the danger of Chinese people owning fridges or more and more Indians eating meat. All of this so-called greed – or what some of us prefer to call progress – is said to be plunging the planet into mayhem and destroying older moral systems of restraint and conservation. We’re all decadent now; the greed of all of us is ripping society apart. A radical critique of economic downturn? Please. These ritualistic condemnations of avaricious individuals have more in common with pre-left priestliness than they do with the once intellectual and properly radical left-wing idea that the economy could be understood, explained and potentially transformed.