The ban, introduced 10 years ago, was just the start of an assault on our everyday freedoms. 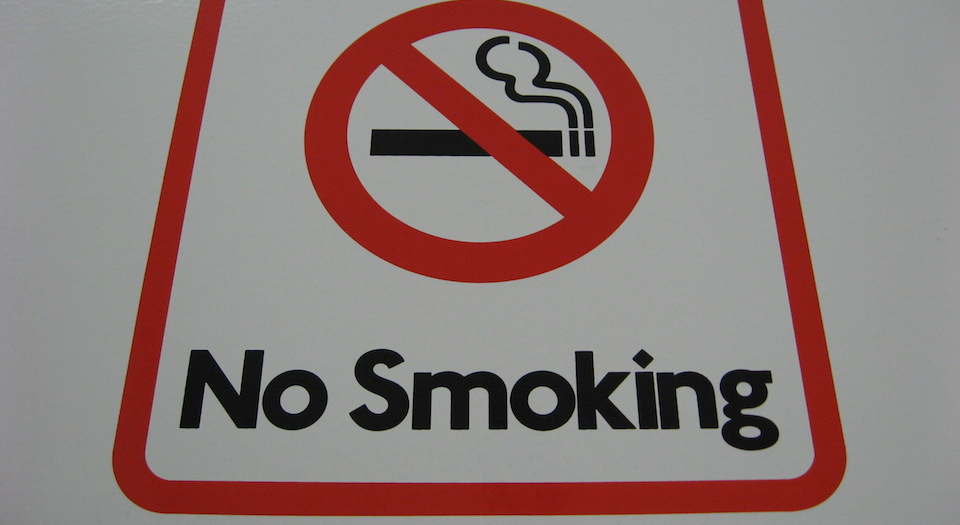 Saturday is the 10th anniversary of the introduction of the Scottish smoking ban. The law, which came into effect on 26 March 2006, was the first to be introduced in the UK, with England, Wales and Northern Ireland joining in the fun in 2007. The ban was a watershed moment for anti-tobacco campaigners, who will no doubt be popping champagne corks to mark the anniversary. For the rest of us, smokers and non-smokers alike, it was a dark day for freedom.

The law means that it is an offence to smoke, or to permit smoking, in a place that is wholly or substantially enclosed, and which is either used as a workplace or is somewhere that the public or a section of the public has access to. No more smoking at work, even in a smoking room, not even out and about in the company van. Above all, no smoking in pubs – not even in private clubs where members could have been given a vote on whether to allow it, perhaps in separate smoking rooms.

The problem for anti-smoking campaigners had always been the harm principle – the idea that the state shouldn’t interfere if someone chooses to engage in an activity that is harmful only to themselves. By the turn of the century, there had been numerous measures to restrict cigarettes, particularly advertising bans, but actually banning smoking was still regarded as a big step. What was needed was some source of harm beyond smokers themselves. The solution was to invent one: passive smoking.

The law was justified by an avalanche of junk science. It was routinely stated, for example, that secondhand smoke increases the risk of lung cancer by about 25 per cent. However, as Christopher Snowdon has shown, the studies these claims were based on – assessing the risk to the non-smoking wives of smoking husbands – were of variable quality and outcome. As Snowdon says, even taking the biggest studies on their own, the results were little better than random, with some even suggesting a protective effect. The studies were in relation to smoking in the home – that is, in fairly small rooms, not the much larger, better-ventilated spaces typical of pubs.

The most appropriate conclusion to draw from these studies is that the risk from smoking in a pub or in a smoking room away from others is small – just like many other everyday risks. Richard Doll, one of the authors of the first study in the UK linking smoking to lung cancer, said in 2001: ‘The effects of other people smoking in my presence is so small it doesn’t worry me.’ Nonetheless, the threat from passive smoking soon became firmly established in public discussion. Any dissent – such as a large study published in the British Medical Journal in 2003 – was trashed and the authors accused of being little more than shills for Big Tobacco.

Anyone who was truly concerned about this small risk could simply not go to pubs, or vote with their feet and go to less smoky ones. There is no human right to drink in a smoke-free boozer. But by banning smoking in public places – which are, in reality, private places open to adults – a whole bunch of important principles were overturned: the right of private property owners to decide what happened on their premises; the right to indulge in bad habits free from state interference; and the assumption that we could sort out petty irritations informally between ourselves without the clunking fist of legislation.

Instead, the Scottish smoking ban drove smokers out of pubs, regardless of the fact that non-smoking drinkers didn’t generally mind a great deal about smoking and often find their friends disappearing outside every few minutes to be a far greater irritant. A recent poll commissioned for Forest, the smokers’ rights group, found that, even 10 years after the ban, a majority of Scots would still be willing to accept separate smoking rooms in pubs. But such pragmatism is anathema to a petty-minded public-health clique that has the ear of ministers. The pub was redefined by edict – no longer a relatively free space for convivial conversation but one where the eye of the state was always looking on. The ban was also the death knell for many struggling pubs as the expected flock of smoke-intolerant drinkers failed to materialise.

If the drive to regulate our smoking habits had ended there, it would have been bad enough. But it continues apace. Since the 2006 ban, we’ve seen bans on smoking in cars with children and the display of cigarettes in shops – they are now kept behind shutters lest a child see a packet of cigarettes and become hooked on the fancy packaging. (Seriously, children who spend their days on an X-Box are hardly likely to find a cardboard box enthralling.) Legislation to create plain packs, with branding replaced by grotesque images of disease, was hurried through in Westminster before the General Election last year, despite any serious evidence of effectiveness in reducing smoking.

There are also creeping moves to introduce outdoor smoking bans. Brighton and Hove Council consulted on the issue last year, but was met with such a backlash that it withdrew the idea. However, Pembrokeshire County Council has just announced a beach ban on smoking at Little Haven and more councils are sure to follow. It looks likely that prisoners and those detained in psychiatric units will also lose any opportunity to smoke. As Ken MacIntosh noted on spiked this week, telling mentally ill patients, detained against their will, that they are not allowed to smoke will only undermine their autonomy and create distrust and conflict with the medical staff trying to help them.

Since passive smoking is not an issue outdoors, another issue had to be created. Following the logic of the ban on cigarette displays in shops, it is now argued that the mere sight of a smoker could encourage a child to take up the habit. Thus, one Pembrokeshire councillor, justifying the Little Haven ban, said: ‘It is vital to denormalise smoking to reduce the rates of young people taking it up and also to reduce their exposure to smoke and e-cigarette vapour in areas where they gather.’ Anti-smoking campaigners and politicians want to airbrush smoking from history.

Some will say that it’s just smoking – everyone knows it’s a terrible habit, so why not clamp down on it? It’s not the start of a slippery slope towards other kinds of interference. Or, at least, they might have said that in the past. But, in truth, Britain is now slaloming rapidly down that slippery slope. State intervention has gone way beyond smoking. Vapers now face being caught up in bans on just the same grounds being used against smokers, despite the health risks being far smaller. The Scottish Parliament has already passed legislation to impose minimum unit pricing on alcohol in the name of protecting the nation’s health (in other words, making booze too expensive for poor people). And the surest sign of all that the law will be used to restrict our free choice is George Osborne’s sugary drinks tax, announced in the Budget last week. When it comes to regulating our habits by force of law, even food is no longer off-limits to the health cranks.

So on Saturday, we should have a wake. Let’s wear black armbands and have a minute’s silence. Because it’s 10 years since the drive to deny us free choice, even over the pettiest aspects of lives, really got into gear. And then we should charge our glasses and resolve to fight back.