In defence of gentrification

My vision for London: celebrate social shifting and hipster initiative. 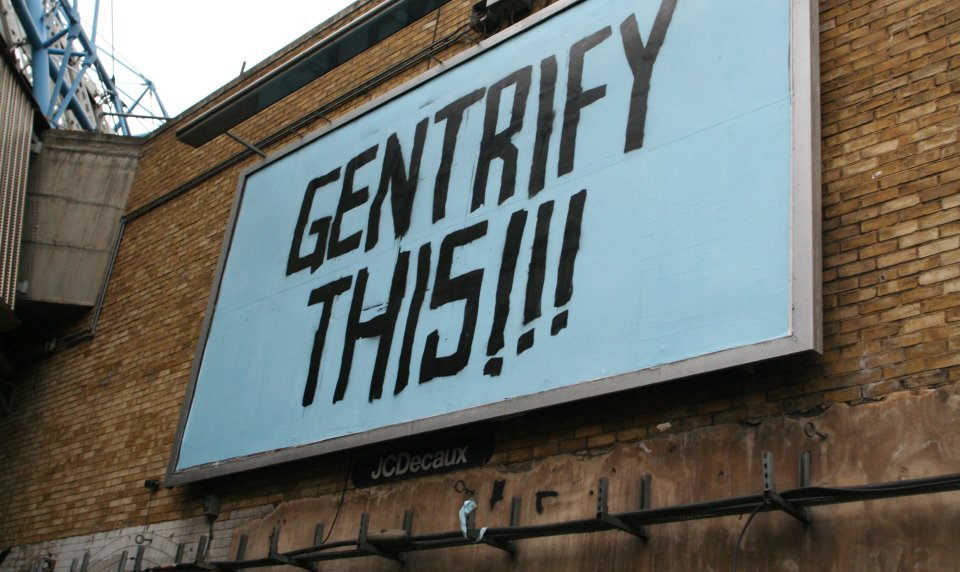 There’s a disease ravaging London. That disease is ‘gentrification’. That, at least, is the view of many pressure groups, politicians and campaigners. They blame gentrification for the housing crisis. They blame it for ’social cleansing’: that is, the pricing of less well-off Londoners out of their homes and neighbourhoods. And they blame it for creating a dull, sanitised city, in which small shops, bars and music venues are being forced out of upwardly mobile neighbourhoods to satisfy the tastes of new well-heeled residents.

Other causes of these problems, be it the chronic lack of new house-building thanks to restrictive planning laws, or the authorities’ heavy-handed regulation and licensing of bars and venues, are either overlooked by campaigners or seen as facilitating gentrification.

So is gentrification killing London? Get real. Over the past decade, many areas of London have undergone transformations of which other UK cities could only dream. After years of neglect, areas like Dalston in the east and Peckham in the south have become desirable places to live, work and socialise.

Politicians have long talked to little effect about regenerating the inner city, and increasing opportunity, social mobility and diversity. But gentrification has achieved all this in spades. Across London, people have taken a leap and started small businesses – shops, cafes, galleries and so on – and in the process they have helped to revive dying high streets and street markets, such as Chatsworth Road Market, which the Guardian sneerily dismissed as ‘the frontline of Hackney’s gentrification’. Years of political bluster did little for places like Hackney. Gentrification has turned these places around.

One of the most worrying aspects of anti-gentrification campaigns is that they encourage people to view themselves as hard-done-by, victims traumatised by the sight of other people’s wealth. For example, an exhibition at the Roundhouse in gentrified Chalk Farm exploring inequality, featured the following quote from a working-class kid: ‘Around Queen’s Crescent, which is a council estate, you’d walk out and there’s literally a border… I was bang in the middle of Hampstead, Regent’s Park, Primrose Hill, Highgate … all these posh areas… And it sort of encouraged a mentality of robbing.’

Instead of blaming gentrification for social problems, here’s four reasons why we need to embrace it:

Since the inner-city riots of the 1980s, successive governments have wasted billions of pounds on ineffective regeneration projects that have benefited few (politicians, experts and advisers) and encouraged political cynicism. It’s time we did away with such wasteful and meaningless state ventures. Politicians need to get out of the way and allow people to shape their own neighbourhoods in the way they choose.

Given free rein, people will create the facilities and services that suit them and their neighbourhoods. London’s gentrified areas bustle with food outlets, shops, bars and cafes that cater for people from every corner of the world and walk of life. That’s real diversity. Official diversity policies, favoured by mayors and politicians alike, just cause division between ethnic, gender and religious groups, and encourage us to see us ourselves as victims.

Gentrification presents opportunities that should be grasped

Thanks to the opportunities presented by gentrification, people across London are using their own initiative and hard work to start businesses, shops, galleries and cafes. London’s next mayor should remove as much regulation as possible to allow people to do their own thing. This would be far more productive than empty policies about promoting social mobility.

Picture by: Amanda Farah, published under a creative commons license.