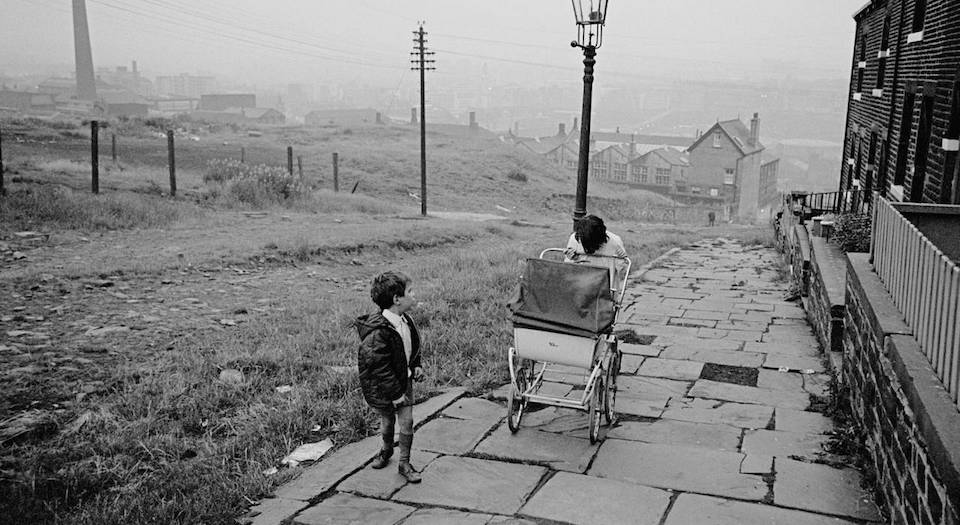 To see how entrenched historical amnesia has become, consider this remark made by a member of Generation Y, those born between 1980 and the mid-1990s, in the Guardian this week: ‘My parents’ generation [the Baby Boomers] was luckier… they were able to go straight from university and move to London and afford their own flat.’

Excuse me? Whose parents went to university? Mine didn’t. I can’t think of a single kid at the Catholic comp I attended in the 1980s and early 1990s whose parents ever darkened the door of a university. As to that earlier generation, the Baby Boomers, buying flats in London — what are you talking about? I remember being surrounded by renters when I was a kid. You’d hear snatches of conversation about cobbling the rent together, keeping the council off your back, etc. Where is this generation, these Boomers, who all went to Uni before waltzing into a secure job and slapping down a few grand on a mortgage man’s desk and saying: ‘Gimme that apartment’?

It doesn’t exist. It is pure myth. And it’s a pernicious myth. There are many ugly things about the new generational politics, or what some refer to as the ‘generational jihad’ of Generation Y in particular, many of whom now devote great energy to slamming those born between 1946 and 1964, the Boomers, whom they accuse of having had such plush, resource-sucking lives that there is now no money left for the new generation to buy homes or be happy. But perhaps the ugliest thing is its mythmaking, its promotion of the utterly false idea that an entire generation, the Boomers, had it good. This is a slander on those born between 1946 and 1964, the vast majority of whom struggled. Has history ever been so casually rewritten as it is being today by Generation Whinge?

The occasion for the latest outpouring of generational angst, of youngish fury with the alleged comfort and wealth enjoyed by uppity old folk, is the publication of new economic data collated by the Guardian and the Joseph Rowntree Reform Trust. They claim that Generation Y is having a really rough time. Apparently they face ‘far greater hurdles to establish themselves as independent adults than previous generations did’. This is historical illiteracy. It is historical amnesia, fuelled by a wilful and self-serving ignorance of the trials of earlier generations — yes, including the Boomers.

It’s now commonplace to hear commentators, especially middle-class ones in their thirties peeved that their lives aren’t quite as fabulous as their middle-class parents’ lives were, talk about the Boomers as one big, lucky, indistinguishable blob. Generational jihadists claim the Boomers were the ‘fortunate generation’. A writer for the New Statesman says this generation was ‘richer and freer… than any generation this country has seen’. A Guardian columnist said new generations deserve to enjoy what ‘their parents’ — all their parents, apparently — enjoyed: ‘education, housing, steady income.’

Have any of these people ever met someone who doesn’t work in the media? Who isn’t from a nice middle-class family where mummy and daddy are university graduates? Who grew up in a house their parents didn’t own? It would seem not. If these media commentators think the Boomers, this most ‘fortunate generation’, all went to Uni, got instant jobs and bought places to live, then the press is clearly even more out of touch than we feared.

As for buying their own property after leaving those universities they didn’t actually attend… Well, yes, some of the tiny minority who went to university might have done this, but many of the other Boomers didn’t. In the early 20th century, the vast majority of households in England and Wales — 77 per cent — were rented, not owned. Yes, this changed from the 1950s onwards, but by 1971 still around 50 per cent of the population were renting. Today around 36 per cent rents. So, more people rented in the golden age of Boomer luckiness than today!

Yes, in very recent years, especially since the bite of the recession, there has been an upward blip in renting, reflected in some of Gen Y’s inability to buy property as quickly as they would like. But is this the end of the world? Welcome to the experience that the vast majority of Brits have had for most of modern history. For Generation Y to call itself Generation Rent is ridiculous: their grandparents, great grandparents and back were all renting before they were a twinkle in anyone’s eye, and they were renting far grottier places than the trendy if crammed Shoreditch shares these generational jihadists file their Boomer-bashing columns from.

In so many areas, it is just not the case that ‘that generation’, the Boomers, had a swell time. In 1951, when Boomers were kids, 20 per cent of homes in Britain had no running water. In 1961, when the early Boomers were becoming teens, 22 percent of households didn’t have a hot tap. Many had outside toilets. I have a vague memory of using an outside toilet when I was a kid, because my Boomer parents curiously lived in a house that had one. I’d like to know how many of today’s moaning middle-class millennials have taken a poop in a freezing cold cubicle in the black of night.

In 1961 — some Boomers are now aged 15 — people did six hours of housework per day. In the mid-1970s, when Boomers were having children, people did 5.1 hours of housework. Today it is closer to three. And on it goes. The myth of Boomer luxury and millennial penury is easily shattered.

Look, the recession isn’t pleasant. It is hitting some people very hard (the working classes and the poor, mainly). But the worst imaginable response to this crisis is to refashion it as a generational conflict, to mythmake about the old and drum up pity for the young. This speaks both to historical amnesia and to a depressing dearth of social imagination.

I hate to break it to the young-ish, but you are not a uniquely hard-done-by generation; in fact you have many, many things far easier than the Boomers did, and certainly than even older generations did. And what’s more you have it in your power to change how things are. Forget manufacturing spite against the old and demanding your ‘fair share’ of society’s wealth; instead create new wealth, new ideas, fashion a new, more productive society. The majority of Boomers fought hard to make a life: they migrated, trekked, slaved in naff jobs, handed wads of rent to irritating council people, spent hours cleaning, and often had no property to show for it at the end. And they did that for us. For you and me. Let the young now show some of the same self-determination as they wriggle free of ugly and misplaced generational envy and make some waves of their own.