The row about India's access to the internet is a storm in a chai cup. 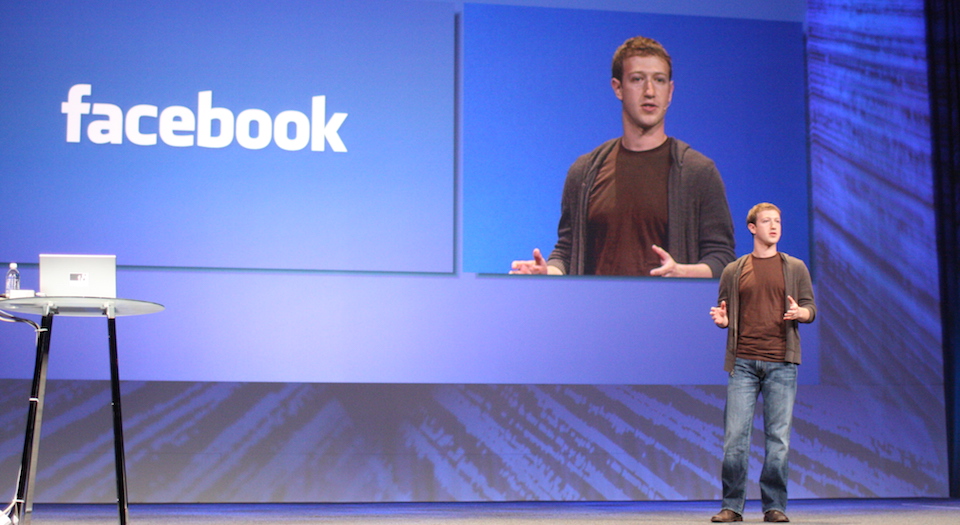 Looking around the world economy today, the big bright spot is thought to be India. So, last Monday, when the Telecom Regulatory Authority of India (TRAI) told founder of Facebook Mark Zuckerberg that he couldn’t quite do what he wanted to do there, the proverbial cow-dung was always going to hit the fan.

Soon enough, it did.

For customers of its giant Indian telco partner Reliance Communications, Facebook planned to extend its ‘free basics’ service, which since 2014 has provided limited internet access to more than 30 other countries, into the land that was once the jewel in the crown of the British Empire. ‘Free basics’ would have allowed some of India’s smartphone users to use Facebook’s app, and certain websites, for nothing.

Well, what’s wrong with that? The answer is that it contradicts ‘net neutrality’ – the pompous doctrine, proposed by the lawyer at the office of the New York state attorney general, Timothy Wu, that imposing charges for access to the internet amounts to discrimination, and should thus be subject to regulation.

One might well wonder how offering free, if restricted, internet access to people who might otherwise not have that privilege is a sin against humanity. But for the enlightened digerati, Facebook’s move could give it greater control over access to the internet. Seeing the thin end of a wedge, TRAI therefore announced what one enthusiast called ‘the most broad and the most stringent set of regulations on differential pricing which exists anywhere in the world’.

Now wait a moment. If, in an emergency, you had to pay to get your ailing granny’s fat digital surgery files rushed over the internet from one hospital to another, you might give in and try to find some way of stumping up the cash. But even if you did this as an Indian in India, paying through the nose for the purchase of such a service wouldn’t amount to falling victim to imperialist oppression. What’s at stake here isn’t ‘digital colonialism’, as Nandan Nilekani, the billionaire co-founder of Infosys, Bangalore, decried it.

It’s wrong to compare the unfair pricing, to Indian consumers, of services fielded by the dreaded IT quadrumvirate GAFA – Google, Apple, Facebook and Amazon – with the consistent denials that the British Raj made to the democratic rights of Indians. Colonialism in India meant no real rights for Indians to govern themselves. By contrast, free access to the internet isn’t a right, any more than free healthcare and free education are rights. These are things that the working class all over the world might properly feel entitled to after years of struggle. But rights are about freedom from state interference, from the ‘protections’ of the state. Otherwise, anybody complaining about anything anywhere would have a right to it, in which case rights would mean nothing at all.

Not just Infosys, but a legion of hip Indian IT start-ups and middle-class netizens has indicted Facebook for seeking to capture their home market through the back door. But it wasn’t just wrong to babble on about digital colonialism; it was an insult to the millions of Indians who starved to death during World War II because of the priority Winston Churchill and India’s British rulers gave to supplying British stomachs with food over Indian ones.

Still, after the trendy outcry in India against digital colonialism, things quickly got worse in the West.

Censure and self-censorship in the West

A board member of Facebook, Silicon Valley entrepreneur Marc Andreessen, begged to differ from those signalling their virtue. Tweeting about the Indian economy, he argued that anti-colonialism had been catastrophic for India for decades, and that TRAI’s ban on ‘free basics’ was suicidal. For his pains, Andreessen found himself roundly ticked off by Mark Zuckerberg. In a Facebook post, the tee-shirted philanthropist and billboard billionaire (or tax dodger – take your pick) professed himself, in the contemporary style, ‘deeply upset’ by Andreessen’s remarks, and received more than 200,000 likes for his piety. Next, Andreessen deleted his remarks and put out a few apologetic tweets. Then, revelling in his discomfort, the leftier-than-thou Financial Times weighed in, quoting criticism of Andreessen made by West Bengal MP Mohammad Salim. Describing Salim as ‘an Indian politician’, the Financial Times judiciously failed to mention that he is in fact a politbureau member (I kid you not) of the Maoist and disgustingly conservative Communist Party of India (Marxist).

From TRAI bureaucrats kowtowing to the nationalist posturing of Narendra Modi’s ruling and rightwing Bharatiya Janata Party (BJP), through the Financial Times to the Stalinist Consumer Price Index, everyone with a right-on posture to display could not resist the impulse to do just that.

Free speech is a genuine democratic right, not an invented one. So Marc Andreessen had every right to make the remarks he did. Indeed, he was wrong to change his mind. Ever since India gained self-government and independence from Britain in 1947, alternating bouts of BJP and Congress Party ‘anti-colonialism’ have indeed been catastrophic for the Indian economy.

For proof, look at China. Are inward investors there, such as Germany’s Volkswagen, or, in robotics, Japan’s Yaskawa, rapacious, ill-paying and all the rest? Certainly. Yet they have not denied the Chinese their rights; and they have certainly played a part, however small, in contributing to China’s astonishing growth over the past 35 years.

By contrast, the myopic refusal of successive Indian governments to allow, say, Western retailers and logistics companies to improve food distribution in India has indeed been catastrophic. Those governments have served nobody’s interests but petit-bourgeois middlemen, making endless mark-ups at the expense of both farmers and shoppers.

Uncritical boosters of IT always go on about how mobile phones have ‘liberated’ India and Africa, especially around information on agricultural prices. In their usual manner, they overdo both the significance of mobile (a smartphone can never be used to design a dam), and the ‘liberation’ it is supposed to provide (a smartphone cannot lighten the load of, say, picking tea). But in India, continuous access to the internet, like continuous access to electricity, is not something one can take for granted. So why cut off some free internet access to spite your face? Naturally, the deal Facebook offers is no more equitable or progressive than the deals Infosys, Wipro, Bharti Airtel and hundreds of Indian IT suppliers offer. But ‘free basics’ is no affront to democratic rights.

Where’s the harm in free internet?

It’s striking that, in India as elsewhere, people affecting to be radical have for decades followed the inane dogma of the US Democratic Party – that exploitation is always something that multinationals do to consumers, not workers. Thus, in India, populist poseurs have long attacked pharmaceutical companies for ripping off consumers. That’s an approach, now known as ‘consumer protection’, which was first pioneered by US Democratic Party senator Estes Kefauver in 1959.

What we have in this incident, however, is all very 2016. Facebook, a tawdry little shop window for gossip and ads, salivates just a little too much over prospects around India’s booming consumer market for IT services – especially at a time when Western markets for its wares are somewhat saturated. And, easily rivaling Silicon Valley’s new ruling class for hubris and arrogance, India’s bourgeoisie, and especially its IT wing, sees their chance both to take a stand, and simultaneously sweep the country’s continuing problems of class, caste, race and religion under the carpet. Zuckerberg, Facebookers and Twitterati all succumb to an orgy of offence-taking, while poor Marc Andreessen has to engage, like so many others, in acts of self-censorship.

Whenever Greenpeace (income in 2014: €297million) tries to stop economic development in India, that’s a real problem. If, in unlikely style, Britain ever returned to India in the way that it has returned to Iraq in recent decades, that would be an even bigger problem.

But Mark Zuckerberg allowing millions of Indians to surf bits of the internet? That’s capitalism with an egalitarian face – predictable, mendacious, but not colonial, and not the end of the world.