Party Animals: the truth about the CPGB?

David Aaronovitch’s Commie memoir is funny, but it isn’t the whole truth. 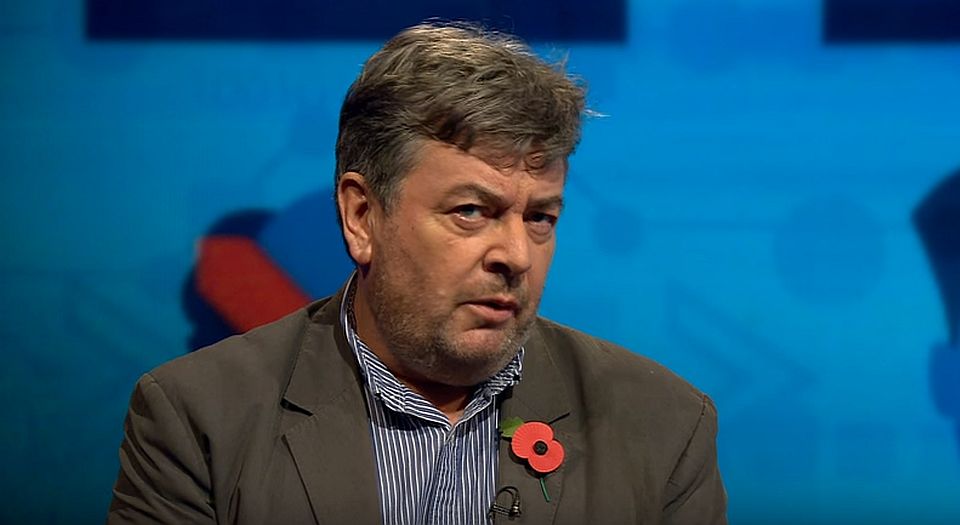 Party Animals, Times columnist David Aaronovitch’s memoir of his parents’ and their friends’ lives in the Communist Party of Great Britain (CPGB), is very funny, and often moving. But on some questions it leaves you wondering.

Aaronovitch is a sometimes brave critic of contemporary prejudices and enthusiasms. In his Times columns, he has challenged the witch-hunt against alleged paedophiles under Operation Yewtree, as well as calling out left-wing apologists for Third World dictators. His last book, Voodoo Histories, was a valuable takedown of conspiracy theories, from the ‘Protocols of the Elders of Zion’ to the belief that the British security services murdered weapons inspector David Kelly.

Aaronovitch’s scepticism can be one-sided, though. While turning over every corner of George Galloway’s case against the Iraq War, he took for granted Tony Blair’s mad claim that Saddam Hussein had ‘weapons of mass destruction’ hidden from the many UN weapons inspectors. His support for the Iraq War turned into a personal crusade, so that many of his more radical targets could shrug off his criticisms as doctrinaire.

In Party Animals, he explains that the left is where he came from. The book owes something to that other, very funny memoir of a Communist childhood, Alexei Sayle’s Stalin Ate My Homework. But Aaronovitch is not Sayle. Sayle’s parents were eccentric, hardline Maoists. Aaronovitch’s father Sam might have been eccentric by mainstream standards, but he was well-admired in that quite large world of British socialism.

Aaronovitch’s account is told with ironic detachment, with a few amusing stories at his own and his family’s expense. It is very poignant, too, when he talks about the break-up of his parents’ marriage, and the tragi-comic sessions recorded in Robin Skynner’s book on family therapy. The meaning, roughly, is that the beliefs the Aaronovitchs and their friends held were dogmatically left-wing, but understandable in the context of the war against fascism, the repressions of the Cold War, and the hopes of the post-1968 generation. Three-quarters of the way in, though, Aaronovitch wonders whether he has been too uncritical, and he looks again, more harshly, at some of the grubbier choices made by the CPGB people he grew up among — like defending the anti-Semitic conspiracy theory of the ‘Doctors’ Plot’ or smearing Tito as a ‘fascist’. These political criticisms of the Communist Party are mixed with some personal dismay at his father’s affairs and his mother’s despair at them.

Not everything, though, is quite as he tells it. While recognising that the Communist Party’s support for the Soviet Union’s 1956 invasion of Hungary was a great mistake, Aaronovitch nonetheless takes comfort from the party’s manifesto, The British Road to Socialism, which he says is ‘predicated on the idea of a specifically Anglo and democratic transition to Enlightenment’. But The British Road to Socialism did not stop Communists here from supporting the Hungarian invasion, even though the manifesto had been adopted five years earlier, in 1951. The British Road to Socialism was adopted after consultation between the party leaders in London and Joseph Stalin (as Khrushchev told the East German Party on 16 January 1963). Not just Britain, but all of the Western Communist parties were advised — by Moscow — to put a distance between themselves and the Russian party by committing to peaceful democratic means. What seems to Aaronovitch as enlightened socialism, native to Britain, was ironically a path dictated by the party’s Russian sponsors, so as to calm the fears of the establishment.

Aaronovitch thinks the CPGB’s position on race is one of the things that was honourable. But he is less aware of the nationalistic undertones of the party’s implicit backing of British imperialism. Critical of the shameful support that the party gave to the German takeover of Europe in the period of the Hitler-Stalin pact, Aaronovitch hopes that the party’s later loyal support for the Allied war effort after 1941 (when the USSR joined the war against Germany) makes amends. But many compromises with British imperialism followed from that tactical turn. British Communists opposed India’s independence movement on the grounds that it was giving succour to Hitler. In Britain, working people were ruthlessly exploited in ‘war industries’, while their consumption was rationed to almost nothing — and the Communist Party offered its services in policing trade-union members so that they would give their all in the Joint Production Committees.

Aaronovitch notes the boost that the party’s loyalty gave to its membership. He is bemused that his father, Sam, was exempted by the authorities from war work in the factories because he was propaganda secretary of the Scottish Communist Party. But then, the Communist Party was doing a great job for the British Empire, keeping its factories running and its citizens’ shoulders to the wheel.

Later, looking back, Aaronovitch marvels at the chauvinism and conservatism of a party campaign against the ‘American Threat to British Culture’ – the title of a collection of essays edited by his dad, calling for the censorship of American comics, Hollywood and popular music. ‘Wish-fulfilment, sloppy eroticism and similar features are not harmless’, wrote Sam Aaronovitch. ‘They are useful aids in drugging the minds of the people while US big business goes about its plans.’ Hollywood, said Sam, ‘destroys our own national culture’. But really, David should connect this uptight championing of ‘our own national culture’ with the chauvinistic subtext of The British Road to Socialism.

Aaronovitch presents his own role as a Young Communist Leaguer as a kind of loyalty to his parents. But he was in fact quite an important figure in the Communist Party itself in the 1980s. As a student, I was a delegate to the National Union of Students conference when he was NUS president. His performance back then puts his account in Party Animals in a rather different light. Looking back today, he owns up to a youthful radicalism that might seem laughable in hindsight. But I saw not a radical so much as a conservative. He had been elected NUS president on the ‘Broad Left’ ticket (a curious alliance of the Liberal Party and the Communists, which rose to prominence largely because the National Organisation of Labour Students was at that time controlled by the Trotskyist Militant Tendency, and was too left-wing to gather support). It was his role at the conference to rein in all the overexcitable radicals with withering sarcasm, presented as tactical advice about losing support, but repeated over and over until the message that we all ought to calm down and get used to working with the Conservative government was all that was left.

It was a role that the Communist Party often played: that of poachers turned gamekeepers, trying to contain the more radical and enthusiastic activists, among rank-and-file trade unionists, in the campaign against the Vietnam War, and in the emerging struggle in Northern Ireland, just as they had in the Joint Production Committees during the war. The Communist Party was usually to be found calling for constitutional action, demanding activists go through the proper channels and observe the rulebook. The Communist Party’s conservatism was why the New Left challenged it on university campuses, and why Trotskyism grew on the left.

Aaronovitch owns up to his own role in the four pages that cover the years from 1975 to 1987. Then, the party was torn between the more moderate Eurocommunists, effectively led by Martin Jacques, editor of the theoretical journal Marxism Today, and the ‘hardliners’ gathered around the party paper, the Morning Star. Aaronovitch tells it as a journey to common sense, and a movement away from his radical past, coming to a head in a strike wave of the low paid in 1977: ‘I slid over from enjoying strikes to hating them; from hoping they would succeed to praying that they would just stop.’ But, as he says, this was not just a personal revelation: ‘That too was the view of the Eurocommunists.’

The Eurocommunists were, as Aaronovitch says ‘the Australopithecus to New Labour’s Homo sapiens’. Mapping out a ‘third way’ between trade unionism and Thatcherism was first done in the pages of Marxism Today. Key figures in New Labour, like Charles Clarke and Peter Mandelson, were Eurocommunists, while others, like Trevor Phillips and Geoff Mulgan, were supporters of Marxism Today.

At the time, the Communist Party’s hostility to striking workers was worded a bit more cautiously. But such hostility was its policy. The idea of the Alternative Economic Strategy was first floated by Labour minister Tony Benn in 1975, and its outline was that government spending would boost industry and beat the recession. But Labour rejected the policy and fought an election in 1979 on a record of cost-cutting under its chancellor Denis Healey. When Margaret Thatcher won the election, the Alternative Economic Strategy was revived as the central plank of left-wing state socialism. In exchange for a Labour Party commitment to boost the economy, the union leaders on the TUC, including the Communists, agreed to a wages policy — that is, they agreed that the government would be able to hold down wages in order to boost the economy (1).

The case for wage restraint is made in The Road from Thatcherism, a popular outline of the Alternative Economic Strategy. It was written by Sam Aaronovitch, and is even dedicated to David and his brothers and sister. In that book, Sam says that wage claims must be subject to government policy because excessive pay claims hurt the less well-off. He also says that British industry must be protected from foreign imports. It is an economic policy for using the state to save British capitalism against its foreign rivals, and from excessive wage claims. The Communist Party’s compromise over a wage policy was the one that led to the split between those active in the unions and the more university-based Eurocommunists.

Aaronovitch sided with the latter but then drifted out of party activity, he tell us. But then, winding up party activity was the Eurocommunists’ policy. Nina Temple, who became general secretary of the party after the split, must have been the only person surprised to learn from Jacques that he always planned to close down the organisation. ‘I never left the Communist Party’, said Tilda Swinton, ‘the Communist Party left me’. The other side would carry on publishing the Morning Star, now calling themselves the ‘Communist Party of Britain’, but Jacques, along with Sam Aaronovitch and the other ‘Euros’, succeeded in winding up the CPGB. Far from breaking with his past, David was loyal to the party line right to the very end, when the party line was to wind the party up.