Should anything be ‘beyond a joke’?

The new comedy code of intolerant conformism is no laughing matter. 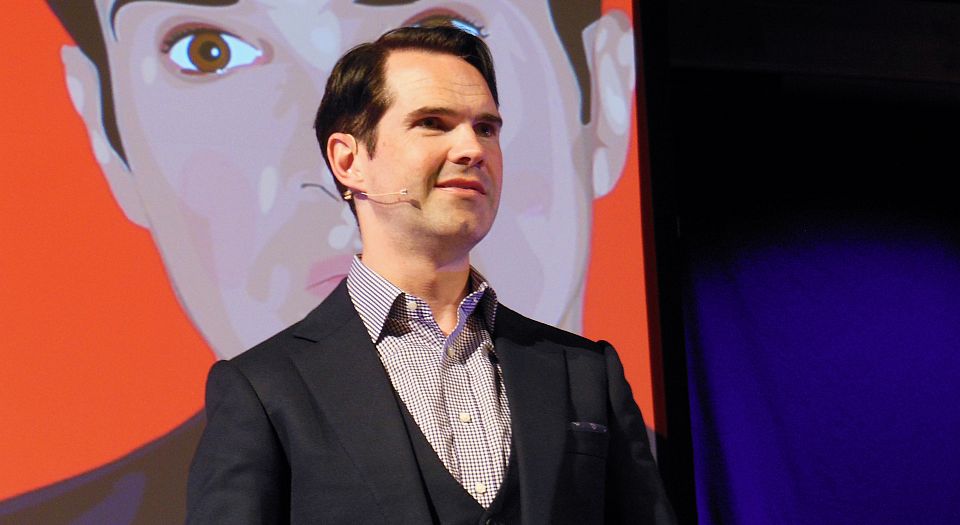 Comedy, it seems, is no laughing matter these days, caught up in one controversy after another over the acceptable limits of humour.

Last week it was the French satirical magazine Charlie Hebdo that was in the firing line again, accused of racism by everybody from the Queen of Jordan to radical US cartoonists for publishing jokes involving dead refugees. This week another serial offender, British comedian Jimmy Carr, is back in the headlines after being found guilty by the UK’s broadcasting watchdog, Ofcom, of causing ‘considerable offence’ after he cracked a joke about dwarves on BBC TV last November.

Comedy is suffering under a stifling atmosphere of conformism and intolerance. It appears that any joke judged to have crossed a line must be not just ignored, but condemned, censured and, if possible, censored. That, in turn, has given rise to a pathetic backlash of comedians and provocateurs trying to be offensive for the sake of it. The rest of us risk being left with the worst of both unfunny worlds.

Good jokes are generally in bad taste. They tend to mock the respectable rules and morals of society. By its nature comedy is always controversial, pushing as it must at the limits of what passes for taste and decency in any era. It is hard to think of a good joke that would not offend somebody. That is why there have long been attempts to control what is deemed ‘acceptable’ humour and to censor what is not. And why many writers and comedians have tried to subvert the rules.

However, as with other issues in the free-speech wars, the terrain has shifted. Once the complaints were about blasphemous and indecent comedy, and the censors were conservative politicians, policemen and priests. Now the protests are more often against comedians accused of breaking the new taboos – racism, sexism, ableism, homophobia, transphobia, Islamophobia, anti-Semitism and the other usual suspects. And the demands to shut them down tend to be led not by old-fashioned prudes but by radical online activists, the liberal media and even other comedians. Backed up in the UK by broadcast regulators, politicians and the newly PC police.

We have come a long way since the upsurge of modern radical comedy in the 1960s, when the Jewish comedian Lenny Bruce could be arrested in the US and barred from Britain for using the word ‘cocksucker’ on stage. In 1964 in New York, Bruce was found guilty of performing a routine that was ‘obscene, indecent, immoral and impure’, in which ‘words such as “ass”, “balls”, “cocksucker”, “cunt”, “fuck”, “motherfucker”, “piss”, “screw”, “shit” and “tits” were used about one hundred times in utter obscenity’.

Three New York judges sentenced him, in what now sounds like a bad Dickensian joke, to four months in the workhouse. Bruce was released on bail pending appeals, but died before the legal process was complete. He was posthumously pardoned in 2003 by Republican New York governor George Pataki. ‘Freedom of speech is one of the greatest American liberties’, Pataki said, ‘and I hope this pardon serves as a reminder of the precious freedoms we are fighting to preserve’.

These days Lenny Bruce is revered as a pioneering comedy hero. Yet if the young Lenny were magically to appear on the New York stage today, what reception might he get?

His routine about a psychopathic rapist meeting up with a nymphomaniac after they each escape from their respective institutions, or his suggestion that he enjoyed sex with a chicken, or description of his audience as ‘seven niggers, six spics, five micks, four kykes, three guineas and one wop’, might not get him arrested for obscenity in the US or barred from entering Britain. But it surely would see him accused of racism and sexism and possibly the abuse of animals and the mentally ill by the outraged illiberal-liberal lobby, who would try to have him banned from campuses.

Nor would Bruce’s insistence that he used the n-word and other offensive epithets ‘just to make a point’, that ‘it’s the suppression of the word that gives it the power, the violence, the viciousness’, wash with the new comedy censors, who claim the right to decide what jokes others should be allowed to tell or to laugh at, what points they should be permitted to make.

The ‘alternative’ comedy scene of the 1980s in the UK and the US began partly as a punkish reaction against the older school of what was seen as one-note racist, sexist and homophobic humour. These alternative comedians soon became the new establishment, creating an alternative comedic conformism of their own. This fresh generation of comedians, including feminist stars, broke many old taboos about sex, sexuality or race. They were also, however, helping to create new taboos.

Today the shrillest voices condemning Charlie Hebdo or Jimmy Carr are not simply objecting to a comedian’s shtick or saying that it’s not funny – which anybody has the right to do. They are denying the offensive performer’s right to say it. This sort of censoriousness can only have severe consequences both for comedy and wider issues of free speech.

Those seeking to draw a new line between acceptable and offensive comedy will often try to distinguish between noble jokes and satire which ‘punches up’, by lampooning the rich and powerful, and that which is guilty of ‘punching down’, by poking fun at the disadvantaged and powerless. This might sound a worthy argument. At root, however, it is just a comedic version of the ‘I believe in free speech, but…’ line, which seeks to preserve freedom of expression for opinions and gags which are to your own personal taste. In comedy, as in politics, if we are serious about free speech it has to be defended for all as an indivisible liberty.

Of course, nobody has to approve of offensive humour, and anybody is free to heckle or hit back in kind. We have witnessed the rise of a new wave of comedians or deliberate provocateurs whose aim is to appear as offensive as possible. This is best understood as the flipside of the campaign to sanitise humour, an attempted backlash against those stultifying trends. It is regrettable that the only way some seem able to take a stand for free speech these days is by becoming an offence-seeking caricature of themselves. But they are only a side-effect of the bigger problem.

Jimmy Carr is sometimes guilty of being offensive for the sake of it. Yet the bit that got him into trouble with Ofcom this time was arguably slightly more thoughtful than that. Carr offended the Ofcom watchdogs, and attracted all of 11 complaints from viewers, by telling the BBC’s anodyne 7pm magazine programme The One Show what he explained was his ‘shortest joke possible: Dwarf shortage’. He then added: ‘If you’re a dwarf, and you’re offended by that: Grow up!’

Just before delivering that line, however, Carr told the presenters that he had been thinking about ‘my favourite all-time joke which might work on this show’. Then he told a gag about ‘a Welsh friend of mine. I asked him how many partners he had in his life. And he started to count and he fell asleep.’ Amid laughter in the studio, Carr immediately turned to the camera, asking ‘That’s just about all right, isn’t it?’. This sounded like a joke about the new taboos in comedy as much as it was about Welsh sheep-shaggers or dwarves. It was certainly inviting the offended responses, but also asking a question about how far he could go today. Carr got his humourless You Can’t Say That answer from Ofcom this week, and indeed from the BBC, which said it had tightened the rules for One Show guests in response to his offence.

There is a question that often appears to have been forgotten in all this: is it funny? The attempt to impose codes of conduct on comedy reflects the idea that you can somehow apply a political and moral judgement to humour. That you can, in short, stop yourself laughing at something offensive or controversial. Good luck with that, and with preventing yourself sneezing at the same time.

The history of comedy surely shows that, as with old-time British comedians such as Bernard Manning (motto: ‘They can’t stop us laughing!’), it is perfectly possible to talk like a bigot and yet be hilarious. That’s life. Comedy is a messy business, and people can laugh at the most outrageous things. To attempt to impose order on it, by removing what is not to the taste of the moment, is to risk killing it.

We are faced with a situation where what is considered acceptable in comedy could be every bit as one-note and conformist as in the bad old days, except that it now has to comply with different codes and taboos. Of course, nobody is against free speech for comedians. Until, that is, they decide somebody has gone too far in offending their own views and hurting their feelings.

It might be hard to get excited about defending free speech for those you consider to be sexist, disablist, Islamophobic or anti-Semitic comedians. There are few heroes in the battle for comedy’s soul. Yet it remains as important to defend freedom of speech and thought here as in any other corner of Western culture.

The most bitter free-speech battles these days can often be fought in the muddy lowlands of football or comedy, far from the cultural high ground. And the wish to dictate not just what jokes a comedian should tell, but also what we should laugh at, is the clearest conceivable attempt at thought control. What could be more intrusive than the attempt to police something as reflexive as a snort of laughter?

The tortured efforts to patrol what is and is not acceptably funny have created a fraught situation where comedy is in danger of becoming a more staid and safe affair, certainly in colleges and on TV, interrupted only by silly look-at-me acts where the main aim appears to be controversy rather than comedy.

The pulling of comedy’s teeth and the treatment of laughter as a serious case for censorship should be no laughing matter. Nothing ought to be beyond a joke. If comedians are not allowed to upset and offend, what chance have the rest of us got?