Worry less about China and more about Britain's own economic stagnation. 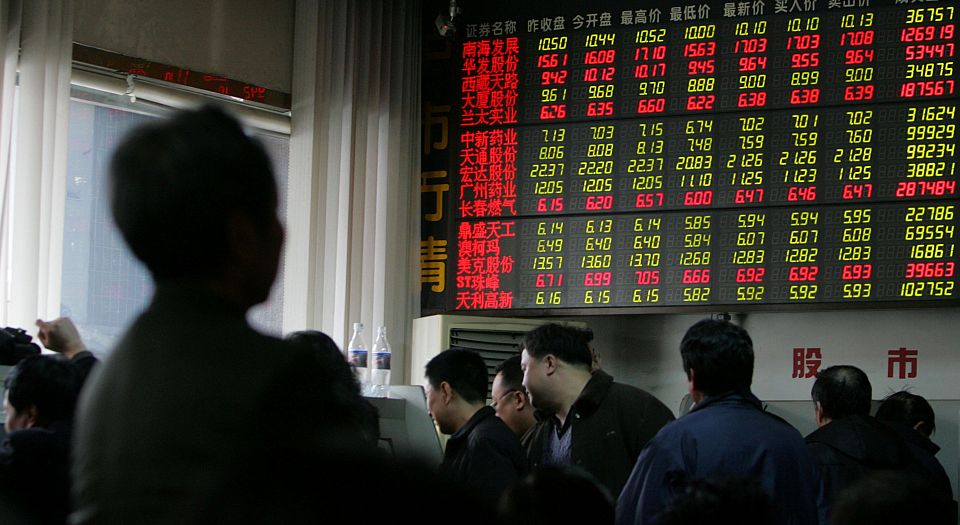 The turbulence in global stock markets since the start of 2016 has precipitated lots of discussion, both about what triggered the ructions and what it means for the state of the ‘fundamentals’ – that is, the underlying economic conditions. Are equity markets predicting a return to outright recession? Or were investors panicking and overreacting to economic events? Some have been suggesting that political and geopolitical matters such as the Syrian Civil War, the migrant crisis and Saudi-Iranian tensions were spooking the markets.

Without trying to anticipate when the next set of recessions will start in the industrial economies, what can we draw from these happenings? Whether or not stock markets stabilise in the coming weeks, here is a framework for assessing what is going on in the economy.

Equity and financial market movements do not tell us anything directly about the state of the economic fundamentals of productivity, employment and economic growth. It was exactly 50 years ago that the late Nobel laureate economist Paul Samuelson quipped that stock-market downturns ‘predicted nine out of the last five recessions’ (1). Since then, the expansion of financialisation – a type of economy where financial activities make the running in place of productive activities – means that financial markets have become even more detached from economic reality. The disconnect between stock markets and the real economy is many degrees wider than it was in 1966. Financial markets can therefore move without any simultaneous, material changes occurring in the real economy.

It is not helpful to be preoccupied with trying to identify the specific catalyst for market falls: whether it’s China’s economic slowdown; the falling oil price; the US Federal Reserve’s first interest-rate rise for nearly a decade in December; or whatever else. It is better to recognise the forces that have conditioned the financial markets for prolonged ‘stable instability’. By this I mean markets that look okay – with flat or upward-trending asset prices – until they crash.

Top of the list of these factors is state monetary policies. Lots of asset prices have been elevated artificially, some to extreme levels, by ultra-easy money policies. When it comes to rigging markets, China could learn a lot from state institutions in the West. Following the financial crash of 2008, the major Western central banks pushed interest rates as low as possible – near zero – and then added more liquidity through quantitative-easing programmes.

This extra money failed to get productive investment going again, but much of it flowed into financial markets, boosting shares, government bond prices and corporate debt. Companies, for example, are now, bizarrely, among the biggest purchasers of equities due to their record levels of buybacks – all funded by this cheap borrowing.

An exception to the continued sluggishness of Western capital expenditure was the expansion of investment in oil and metals production. This has been boosted by the low cost of borrowing, which has served to generate bubbles. For example, the easy and cheap availability of funding created the US shale energy boom. Between 2009 and April 2015, US crude-oil production almost doubled to just below 10million barrels a day. The investment in hydraulic fracking and horizontal drilling that has brought this expansion about was partly financed by more than $350 billion raised by small- and medium-sized companies from issuing shares and bonds between 2007 and 2015. Blacklight Research concluded that the US Federal Reserve’s near-zero interest rates from late 2008 had ‘overstimulated debt-driven investment in energy supply’. Shale-energy production is a later equivalent of the financialised dotcom bubble of the late 1990s.

The unrealistic assumption that China would continue to enjoy double-digit growth in its demand for commodities incentivised rapid spending on expanding supply. Cheap debt facilitated this growth, giving a financialisation boost to current levels of overcapacity across a range of commodities. This has fuelled instability in the mining and oil sectors.

Easy-money policies have meant debt has actually grown since the 2008 debt bubble burst. To some extent, the type and geography of debt has changed. Government debt in the advanced economies has been the main area of expansion, followed by increases in corporate debt in China and other emerging markets. ‘Western’ money went around the world looking for decent returns and these were easiest to find in developing-country financial assets. This had the effect of boosting emerging-market currencies against those of the developed economies, while seeing an explosion in debt issuance by emerging-market businesses between 2010 and 2014.

The continued expansion of debt, which has been fuelled by ‘unconventional’ monetary policies, can keep things going for a time: people, businesses and governments continue to spend money and keep economic life ticking along. Corporate earnings have also been flattered by low debt charges. But over-extended financial asset prices – reflecting the other side of extra debt – make the markets less stable, so it doesn’t take much to shake them and spark turmoil. State-manipulated financial markets are inherently vulnerable.

The financial system is just as fragile as it was in 2008. Only the locus of fragility has changed, away from the West’s banks to other areas of global finance, including the bond markets. The bubble in emerging-market corporate debt is one source of potential instability, as the Bank for International Settlements, the central bankers’ bank in Basel, has been warning for some time. Parallel capital outflows from these countries could also disrupt international-currency markets. US junk-rated energy debt is another potential area of disorder; bond defaults are expected to rise this year and next as more of the smaller energy companies fail. However, economic history also reminds us that financial turbulence often breaks out unexpectedly in areas away from the glare of attention, so it is impossible to predict any specifics. Future financial crashes will pass with relatively little consequence; occasionally, as in 2008, they will blow up to trigger broader economic turmoil.

The decay of Western production

In recent decades, financialisation has become more dominant in inverse relation to the decay of Western production. The structural problems in the real economy for producing goods and services has not been fixed by anything governments have tried since the 2008 crash – and certainly not by the programme of monetary stimulus that has been the predominant state economic policy.

Economic output has failed to establish an upward momentum anywhere – something which used to be the very definition of ‘recoveries’. After past recessions, economic growth recovered; this time around, it has struggled to make headway. It has taken longer than at any time since the Second World War to get output per head back to pre-recession levels. In Britain’s case, where the peak has just been reached, this has taken much longer than it did in the 1930s. Ed Conway, the economics editor of Sky News, calculates that, seven-and-a-half years after the crash, global industrial output is comparatively lower than it was seven-and-a-half years after the great crash of 1929.

Many manufacturing sectors are again close to or in recession. Productivity has failed to grow at all, not just since the 2008 crash but in most places since the early 2000s or before, generating ‘productivity puzzle’ discussions around the Western world. Employment rates have only appeared to improve because of people giving up on finding work, especially in the US, or the expansion of lower-value, lower-paying work, as in Britain. This has meant the near stagnation, and even decline, in wages for the middle part of most advanced-economy workforces. The protracted sluggishness in production across the advanced industrial economies also underlies the languid pace of world trade.

It’s a general rule that when value-production stagnates in this way, financial prices will fluctuate more. The surprise today should be less that stock markets dived in early 2016, but that financial markets have held up so well in the past few years.

An analysis of the fundamentals, as they are going to affect living standards in Western countries, should not just focus on China. We need to look closer to home. The anxiety in the West about Chinese developments is understandable only because the global and advanced economies have become so dependent on Chinese economic dynamism. China has come to be seen almost as a panacea, generating a sense of despair when it doesn’t meet the most optimistic and unrealistic expectations.

China’s economy is slowing as it lurches unevenly from a core in heavy industry and construction to a focus on developing a home market in goods and services, both with respect to productive consumption by businesses and personal consumption by households. The expansion of private debt in China – boosted by easy money from the West – is very likely to make this transition even bumpier. What’s more, it will be interrupted by other financial crises. However difficult things get for China and the other emerging countries, a relative reality check is that even after the International Monetary Fund downgraded its global-growth forecasts a couple of weeks ago, the developing world is still forecast to grow at over four per cent this year, double the advanced world’s 2.1 per cent.

No doubt, if Chinese and other emerging-economy debt bubbles burst there would be some repercussions for the Western economies, but the consequences of the ongoing economic depression in the West is far more important. China’s economic problems are for the Chinese people to sort out, Brazil’s are for the Brazilian people to sort out, Malaysia’s for the Malaysians, and so on. Similarly, people in Britain, and in other developed countries, are the only people who can tackle our respective economic problems. So we should fixate less on China’s challenges and focus on what we can do something about. Namely:

The time is now

This type of economic restructuring is urgent and long overdue, regardless of any material changes to the Western economies. Finally, though, there are some signs that the sources of resilience that have underpinned the West’s relative economic stability are starting to lose their vigour, reinforcing the urgency:

Financialised debt resilience has been enduring for a long time, and will continue to support Western economic activity and help avoid prolonged downturns. Debt has no determinate limits, so it is impossible to predict when or if this phenomenon will end. What this can’t disguise, however, is the unusual weakness of the post-2008 economic expansion. Nor can it extinguish the inherent instability we are left with when financial markets pull far ahead of faltering economic performance.

Phil Mullan is the author of The Imaginary Time Bomb: Why an Ageing Population Is Not a Social Problem, IB Tauris, 2000. (Buy this book from Amazon (UK) or Amazon (USA).).